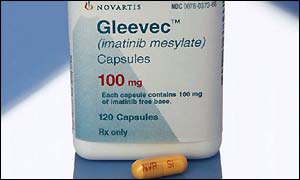 The controversial Gleevec mailbox application has been decided, and not too surprisingly the decision went against Novartis. For those unfamiliar with the concept of a mailbox application, here is a short explanation from one of my articles:

“In accordance with Article 70.9 of TRIPS, Chapter IVA of India’s patent regime (which has now been deleted by the 2005 Act) provided that till such time as a product patent regime for pharmaceutical inventions was established, limited rights known as ‘exclusive marketing rights’ would be granted to inventions that met certain criteria i.e. the applicant had to have a patent issued in a foreign country, procured marketing approval from the relevant authority in that country, as well as from the relevant authority in India. As the name itself suggests, the crux of this concept is a limited right to exclusively market the drug or medicine in question. The exclusive marketing rights last five years or until the issuance or rejection of a patent (s. 24B of the Patents Act).”

On the basis of its exclusive marketing right over Glivec, Norvartis had injuncted several Indian pharmaceutical companies including Ranbaxy and CIPLA. With this injunction against the sale of generic versions of Gleevec, the price had shot up by almost 20 times warning perhaps of impending drug price rises in a post pharmaceutical product patent environment. Not too surprisingly, public interest suits were filed challenging this grant and the excessive price rise. In this emotionally charged atmosphere, it is no wonder that the mailbox application that came up for examination was decided the way it was. Of course, the decision was correct on merits—however, the speed with which it was decided does lead one to think that the reasons for rejection went beyond the purely legal.

Under normal circumstances, the mailbox application wouldn’t have been decided prior to 2009. This estimate is based on the fact that it takes about 4 years on an average for an application to mature to a patent in India. Given the introduction of a product patent regime for pharmaceuticals for the first time and the relative inexperience of the Indian patent office with handling pharmaceutical applications, it is reasonable to assume that the patent office would take longer than the ordinary time period stated above. This coupled with the fact that there are about 8926 mailbox applications waiting to be examined seems to suggest that the patent office is likely take more than 4 years to decide the fate of the Roche applications i.e. not before 2009. Of course, with recent initiatives aimed at modernising the patent office and streamlining the application process, the time period may be slightly (but not drastically) lesser than the above estimate.

The Gleevec application was clearly fast tracked and decided upon within approximately one year of the 2005 Act coming into force. Such a fast tracked process is now advisable in the context of the notorious Avian or bird flu patents and along with a colleague of mine, Tahir Amin, I have suggested this in a recent paper.

On a related note, the Gleevec episode did lead me to think that pharmaceutical companies need better PR agencies in India or perhaps their lawyers need to think beyond the purely legal. A good lawyer or a PR agency would have advised Novartis against hiking up their prices by 20 times soon after the grant of an EMR. I had made a mention of this lack of PR skills during the bird flu controversy and Roche’s initial insistence that it would provide all supplies by itself without licensing any other company.

Coming to the rejection of the Gleevec mailbox application, the key grounds were that the mailbox application claimed a crystal form (Beta) version of Imatinib Mesyklate (the generic name for Gleevec) and that this was already known in 1993. The application therefore lacked novelty and inventiveness. In the Controllers words:

The other major ground was that the application falls within the subject matter exclusion under section 3(d), as it claims a new form that does not show increased efficacy. In the Controllers words:

While the novelty and non-obviousness grounds are fairly strong grounds for rejection, the section 3(d) ground appears weak. How does one decide that a 30% increase in bio-availability does not amount to increased efficacy under section 3(d)? Section 3 (d) which is a unique section that finds no parallel anywhere else in the world provides in pertinent part that ‘the mere discovery of a new form of a known substance which does not result in the enhancement of the known efficacy of that substance’ is not patentable. It then states (via an explanation to the section) that salts, esters, esthers, polymorphs, metabolites etc shall be considered as the ‘same substance’, unless they ‘differ significantly in properties with regard to efficacy’.

This provision appears to be derived from a similar provision in a European Directive dealing with drug safety regulation. This transposition of a provision that operates in the context of a drug regulatory regime to a patent regime is likely to create problems, as illustrated by the Gleevec case. On what basis has the Controller determined that an increase of 30% bio-availabilibilty between the free base and the beta-crystal form of imatinib mesylate (that was the subject matter of the patent application) did not amount to an improvement in efficacy? Clear guidelines therefore need to be evolved in this regard aimed at providing a rational and clear basis for determining as to when a pharmaceutical substance can be said to result in an ‘increased efficacy’ over its original form.