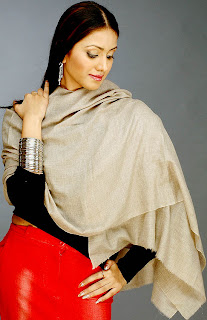 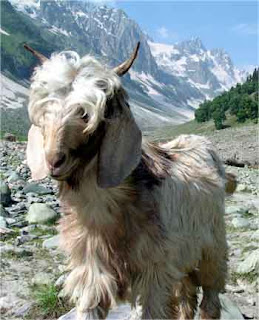 SpicyIP is pleased to bring you a guest post from a very renowned intellectual property practioner from India, Latha R Nair. She has a number of distinctions to her credit, but we list a few of them below:

“She is a partner with the Delhi based law firm K&S Partners, one of the top IP firms in India. She received her Honors degree in Bachelor of Arts and Law from the National Law School of India University at Bangalore in 1994 and was admitted to the Bar in the same year. Apart from handling matters relating to protection and enforcement of trademarks and copyrights, she is actively involved in advising clients on TRIPS related issues, protection of geographical indications in India and abroad, domain name disputes and intellectual property aspects of the entertainment industry and the Internet. In particular, she has been advising the Government of India in the protection of various geographical indications including Basmati and Darjeeling.

In 2005, she received the India Traveling Fellowship Award offered by the ITechlaw Association (formerly, ‘Computer Law Association’) which enabled her to successfully complete an internship with four European law firms specializing in Intellectual Property and Information Technology law. She has co-authored a seminal work on geographical indications, titled “Geographical Indications – A Search for Identity” published by Lexis Nexis Butterworths India, which is a first work of its kind on the subject. She has also authored several articles on various aspects of intellectual property and information technology law and is a regular speaker at various fora, both national and international. She has been selected by the International Trademark Association (INTA) to serve on its Publications Committee for the years 2008 and 2009.”

For those of you interested in GI’s (well, who isn’t, now that the government is on a roll handing out GI’s to all and sundry), I would seriously recommend Latha’s book. Her in-depth practitioner experience in this area contributes extensively to the insightful discussions that she takes her reader through.

In particular, note that she has advised the government of India on the Darjeeling and Basmati issues. Co-incidentally, I am in Darjeeling, which is now submerged in a political turmoil, with the agitation for Gorkhaland having increased in intensity. A couple of papers carried stories on how the 45 day strike declared by the Gorkha leader, Bimal Gurung, is likely to impact potential sales of the famed second flush Darjeeling tea. See here, here and here. In particular, see this Business Standard article which states that:

“…Khaitan declined to give any figures when asked about the quantum of losses the tea industry has been suffering because of the agitation. But media reports have quoted Siliguri Tea Traders Association Secretary Rajiv Lochan as saying that the industry was losing an estimated Rs 20 million everyday because of the shutdown.”

Anyway, back to Latha and her piece on the GI controversy surrounding Pashmina.

A PEACE PROPOSAL WRAPPED IN PASHMINA

India and Pakistan are two nations sharing a language, ethnicity and a 5000 year old culture, yet separated by a man-made political border for the last 60 years. Their animosity is vocal and open, be it for a piece of land or a game of cricket. It is no surprise that the political hostility between the two and their ironical cultural similarities have been the delight of many a story teller.

The latest addition to the list of woes between the two countries is the soft, warm, luxurious wool called Pashmina, produced from a particular breed of a Himalayan mountain goat, ‘capra hiracus’, which is indigenous to high altitudes. The genesis of the controversy was an application filed by the Srinagar based Craft Development Institute to register “KASHMIR PASHMINA” as a geographical indication with the Registrar of Geographical Indications, Chennai in early 2006. The application stated that, ‘Pashmina is produced in the State of Jammu and Kashmir in India’. After examination, the application was advertised for opposition in September 2006. It now appears that an opposition has been lodged against the application, apparently by a Pakistani body, staking a claim to the rights in the geographical indication on the grounds, inter alia, that Pashmina is also produced in Pakistan.

For the uninitiated, geographical indications are a form of intellectual property owned by a community in a specific geographical region and they identify a product to possess a certain quality, characteristic or reputation essentially attributable to its geographical origin. While the opposition is yet to be decided, the controversy raises an untested and untried legal issue, not only in India but also in many other parts of the world, – and that is, how would you protect a geographical indication shared by more than one nation.

To suggest that such a geographical indication may be registered in their respective territories for the respective regions is to oversimplify the issue because geographical indications are born into public perceptions as to their origin, quality and characteristics. Hence, if the consuming public perceives Pashmina to originate from a certain region that is shared by India and Pakistan (because the mountain goats are ignorant of the political boundaries and roam and breed across the borders, generously shedding their wool on both sides) then the geographical indication ‘Pashmina’ is indeed shared by India and Pakistan. And, in that event, there is only one ‘Pashmina’ and that is a Pashmina sans any adjectives, be it ‘Kashmiri’, ‘Indian’ or ‘Pakistani’. Any attempts to qualify it would defeat the very objectives of protection of geographical indications, namely, prevention of consumer deception and preserving and protecting the uniqueness and goodwill of the product. Further, it could deny the consuming public of the right to know about the origin of the product, which the law relating to geographical indications seeks to protect.

In this particular case at hand, if either of the countries proceeds to register Indian Pashmina or Pakistani Pashmina as the case may be, the obvious corollary would be that Australia may very well call a wool produced from ‘capra hiracus’ bred in Australia, ‘Australian Pashmina’ and the United States may clone ‘capra hiracus’ and produce wool to call it ‘American Pashmina’ and so on. And that would be a death knell for Pashmina as a geographical indication which the consuming public identifies to be originating from a certain region in the Indo-Pak border and possessing certain qualities. Last but not the least, all the right holders on both sides of the Indo-Pak border may forget about priding themselves to be the creators of the famed wool. So where would that lead us to?

Any unilateral effort to do so will spell the doomsday for the concerned geographical indication and the collective rights attached therein. If those involved in the protection of Pashmina can see that, then perhaps, some day, the Pashmina goat may find itself unwittingly opening a peace dialogue between India and Pakistan.

(The author may be contacted at [email protected])
SpicyIP Comments

SpicyIP has, in the past, carried several posts on this controversy. In particular, see Sumathi’s post here. For other SpicyIP posts on this issue, see here. Also, for a recent scholarly work on India and GI’s, see here.

We at SpicyIP sincerely hope that the respective governments of India and Pakistan take Latha’s prudent suggestion seriously. They ought to put their political skirmishes behind them and come together to protect Pashmina in the international market. As Latha suggests, an increase in trade and culture driven collaboration may itself lead to a breaking of the “political” ice between these countries. And what better way to break the ice than the warmth of Pashmina wool. If the governments do manage to “patch up” and successfully collaborate on this venture, perhaps we might need to relabel this wonderfully warm GI as “patch-mina”.