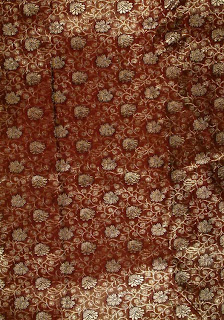 According to a news report in the Economic Times, “Supachai Panitchpakdi, Secretary-General of the UNCTAD personally visited the handlooms at Varanasi earlier known as Banaras, and saw for himself the labour being put in by the artisans in weaving the traditional brocade silk sarees.” Aparantly moved by the artisans’ hard work, he was reported as having said that “We would like to support the effort to have a formal geographical indication, of course, at national level. There would be a subsequent international recognition of this product of ‘Banarsi silk sarees’ and brocades and other products that should be gaining in terms of more value outside India as well…”

The report goes on to state that “The UNCTAD plans to produce a systematic information network that would be disseminated around in a way that markets abroad will be well informed of the products from Varanasi. They would also try to create brand recognition along with the geographical indication of the products.”

Readers will recall our earlier posts on GIs where we discussed the need to have an Article 23.2 level of protection for GIs that do not relate to wines and spirits. As Felix Ador told our very own Aysha in a SPICY IP Interview, Articles 22-24 of the TRIps Agreement envisage two different levels of protection for GIs:

“Section 22 applies to GIs for all products and protects them against all uses that are misleading to the public or which constitute an act of unfair competition. Section 23.2 provides an additional level of protection to wines and spirits, where regardless of the risk of the public being misled , GIs in wines and spirits get an additional cushion of protection. This is violative of the non-discriminatory principle envisaged by TRIPS and calls for rectification.

Regrettably the protection of GIs at the international level is far from being adequate. Except for wines and spirits it is all too easy to misuse GIs. Although a number of countries have developed effective legislation to protect GIs for all products, national regulations which only apply in one country are not sufficient in the global economy. Products often travel beyond national borders, which is why satisfactory protection of GI across all categories must be granted at the international level without further delay.”

Stories of dying arts and starving artisans are neither new nor uncommon in India. Machine made cloth lead to India’s economic dependence on the British during the colonial era. As a consequence, Ghandhi Ji’s Charkha became a symbol of India’s economic self sufficiency and independence. The popular use of the Charkha to spin one’s own cloth rather than buying machine made cloth imported from Britain, is considered to be one of the effective “non-violent” means adopted by India to gain independence.

More than 60 years after independence, it is still a challenge for the handloom industry and small time artisans and weavers in India to preserve their art and their livelihood. Machine made cloth is much cheaper and often the industries that produce the cloth have greater resources to spend on advertising and marketing. Borrowing a term my father uses often, I have to say that the art as well as the artisans are being “priced out of existence.” This is true for artisans not only in Banaras or in other parts of India, but all around the globe. The Indian government should take advantage of Mr. Panitchpakdi’s visit and his interest to push for stronger (Article 23.2 style) GI protection for all categories of goods.