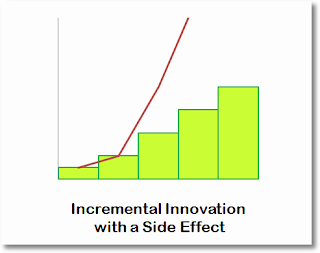 A recent USIBC report on section 3(d) has caused a great deal of controversy, with public health groups decrying the presence of Commerce Minister, Anand Sharma at the inaugural function announcing this report. Priyanka Gollikeri of DNA has an interesting report documenting this controversy, where she notes:
“The US study, a copy of which is with this newspaper, argues that incremental innovations can lead to a decrease in costs and increased access to drugs by reducing overall treatment costs and hospitalisation.

It specifically states that removing Section 3 (d) would allow all incremental innovation, including pharma innovations, to undergo examination and be treated in the same manner regardless of industry, field, or technology.

“Section 3 (d) has often been a cover against frivolous patenting of drugs. The developed world and MNCs were never comfortable with it. All this is part of a larger ploy to monopolise the medicine market in India,” says a leading Mumbai-based intellectual property (IP) expert.”

Prakruthi Gowda, our latest entrant to SpicyIP will bring you a post specifically on this report. In the meantime, let me offer some brief comments:

I found the report to be reasonably well researched, though not terribly original. I had hoped that such a report would have offered us more concrete empirical evidence/interviews etc to help assess the pharma innovation ecosystem in India and the role of the current patent regime…but it does not go this far. And this perhaps explains my title query as to whether the report qualifies as “incremental intelligence”. A fitting title, some might argue, given that the report hails the virtues of “incrementalism”.

More importantly, unlike the report, I think we ought to retain section 3(d), though not in its present form. I elaborate on this aspect in an interview to Anju Ghangurde of Scrips who recently did a story on this controversial report. I reproduce her questions and my answers (the shorter version of which made it to her article). Unfortunately, her story can only be accessed by paid subscribers.

1. Do you believe that Sec 3d is an integral part of the Act to check evergreening or whether it could help Indian companies innovate in the short term?

I believe section 3(d) was inserted with a view to helping distinguish between frivolous inventions (of the me too variety) and genuinely incremental advances. As to whether it is achieving this purpose is a moot issue.

Some decisions appear to interpret section 3(d) too strictly, with the result that even genuinely advantageous incremental advances are being denied patent protection. And such a strict standard would certainly impact the innovative efforts of Indian companies in the long run. Other patent office decisions treat section 3(d) very lightly and in some cases, the office does not even check for compliance with section 3(d). Therefore, the need of the hour is to frame guidelines to help interpret section 3(d). And this is something that the Mashelkar committee recommends as well.

2. Do you believe that too much is being read into Mr Sharma’s presence at the event or is the beginning of perhaps some softening in India’s position on trade/patent related issues?

Yes, absolutely. I don’t see any reason why the minister cannot be present at an event, where such a report is discussed. Of course, he has to make it clear that he is not endorsing the report, but merely open to a discussion on section 3(d). And all of us must keep an open mind on section 3(d), as it is wrought with difficult language and its ambit is unclear to many. At the very least, we must continue discussing this so as to get more clarity and to help evolve a clearer standard.

During the course of the interview, I also referred her to an article written by Prashant and me that examines the various creases inherent in section 3(d) and attempts to work out an amendment that might iron out such creases.

Explanation: For the purposes of this clause, salts, esters, ethers, polymorphs, metabolites, pure form, particle size, isomers, mixtures of isomers, complexes, combinations and other structurally similar forms of a known substance shall be deemed to constitute “new forms of a
known substance.”

For the purposes of this clause, a “known substance,” against which the efficacy of a “new form” ought to be compared, shall be taken to be a substance which is not “new,” in that it does not satisfy the “novelty” criterion for patentability.

For the purposes of establishing that a “new form” differs significantly in properties with regard to efficacy, an applicant must provide data comparing the efficacy of the new form with that of a
“known” substance. Such data need not prove this “difference” in property as a matter of statistical certainty, nor does the applicant have to provide actual evidence of trials in humans. Instead, the applicant has to demonstrate a reasonable correlation between the efficacy claimed and the data provided in support of this. Such reasonable evidence of the correlation can be established by relying on, inter alia, statistically relevant data documenting the activity of the new form and/or known substance, documentary evidence (e.g. articles in scientific journals), data generated using in vitro assays, or from testing in an animal model, other preclinical test data or any combination thereof.

For the purposes of this clause, a determination as to whether a difference in property with regard to “efficacy” is “significant,” shall be assessed with reference to the views of a person skilled in the relevant art.”