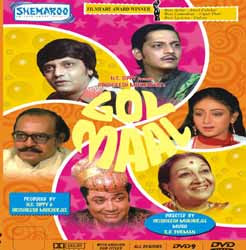 After much effort we’ve finally laid our hands on the minutes of the controversial 37th Annual General Meeting (AGM) of the Indian Performing Rights Society (IPRS). This meeting was conducted on the 5th of January, 2008 and this was the meeting which completely amended the ‘Articles of Association’ governing the internal functioning of IPRS. The new ‘articles’ basically guaranteed that IPRS was controlled by a group of 8-9 ‘Big Music Companies’. Once IPRS was under control of these ‘big music companies’ they appeared to have illegally transferred IPRS’s rights to PPL, most notably the right to collect mobile ringtones. Given that PPL did not have artists or composers as members the revenues were shared only amongst the music companies.

Our previous posts on this IPRS controversy can be accessed over here.

The ‘Minutes’, which are available over here, reveal that the Barasat Court appointed a ‘Receiver’ to conduct the AGM. The members present at this AGM are as follows:

It must be noted that of the 7 music companies who were present in this meeting which changed the face of IPRS, 4 were suing IPRS as minority members who were suffering due to mis-management & oppression. Tips, Universal & Sony had petitions pending before the Company Law Board. Saregama had filed a suit in the Barasat Court. Although the suit was termed as a ‘Title Suit’ I’m now informed that it was most probably a ‘derivative suit’ under Common Law. My earlier conclusion that the Barasat Court did not have subject matter jurisdiction may not be entirely true. However is still very doubtful as to whether the Barasat Court had appropriate territorial or pecuniary jurisdiction to entertain the matter.

Questions on the legality of the meeting:

(i) Lack of Quorum: As per Article 18 of the AoA, available over here, no business shall be transacted at a General Meeting unless and until there is a quorum of 1/3rd of all the IPRS members. IPRS has at-least 2000+ members. Even presuming that it had only 1500 members in 2008, it would have still required at-least 500 members to be present in order to even hold the AGM, forget passing resolution. Instead there were only 7 members and all of them Music Companies who until that day had been suing IPRS for mismanagement and oppression. Was there a special exception for the quorum requirement that was used by IPRS for conducting that particular AGM? I have no clue.

(ii) The reference to ‘Owner Members’: The ‘minutes’ refer to the music companies as ‘owner members’. However the AoA under which the AGM was conducted, never had a category called ‘owner members’. Instead it had four categories of members (i) Full Members (ii) Associate Members (iii) Honorary Members & (iv) Provisional Members. There is simply no category of ‘owner member’. Moreover until the new AoA, membership of IPRS was never linked to only ‘ownership’. ‘Ownership’ was only one of the criteria. Even a composer or artist could become a member despite not owning any music. This may not have been in compliance with the Copyright Act which required Copyright Societies to be controlled by owners but then again this means that the Copyright Office goofed up in even recognizing IPRS as a Copyright Society. In any case I have no explanation as to why the ‘minutes’ refer to this category of ‘owner members’.

As usual more questions than answers but me thinks there is some thing fishy.