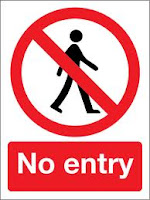 (Warning: Long post) An attempt by the The Indian Express (IE) to stop the use of the words ” New Indian Express” (NIE) by its estranged sibling media group outside five Indian states failed after the Delhi High Court refused to grant IE an injunction. Observing that IE had acquiesced to the use of NIE, and reinforcing that the right to carry on a business includes the right to advertise the business, the court said that no case of passing off could be made out on prima facie grounds. You can read the decision here (image from here).
Backstory
Readers will recall that I had posted on the impending litigation some months ago here. By way of a quick history: earlier this year, NIE, which has an extensive presence in southern India, launched the weekly Sunday Standard in New Delhi. The weekly displays the NIE brand on its masthead. IE quickly sued NIE citing that such display violated a 1995 agreement (and its supplement) between the two. They argued that the agreement prevents the use of the title in states other than Tamil Nadu, Karnataka, Andhra Pradesh, Kerala and Orissa where NIE has a right to operate in. This news report in Mint also refers to a decree passed by the Madras High Court in 1995, where such terms appear to have been finalised.

This case is a good example of how a badly drafted agreement can potentially rebound on you (though NIE seems to have saved itself this time). The agreement allowed NIE to use the title “The New Indian Express” on the Internet for dissemination of news, but clarified that NIE would not have the right to use the title on TV or radio. (Image from here.)

The court was quick to pick on this: clearly, NIE’s Internet rights, which use “does not have and cannot have any geographical limitations”.

The court also made the following observation:

“the right to carry on a business includes the right to advertise and promote that business. There was no prohibition, in the agreements between the parties, against promotion/advertisements even of the newspaper “New Indian Express” outside the southern States and Union Territories specified therein. Hence, if [NIE] wants to advertise those newspapers outside the specified [states and UTs], by giving advertisements in other newspapers or on television or radio, that, to my mind, would not constitute a violation of the agreements….and in any case would not amount to passing off the newspaper of the defendant as that of the plaintiff.”

In this case, the allegation of passing off included that individual columnists in the Sunday Standard (who held editorial positions with NIE) signed off by displaying their editorial allegiance, e.g., T.J.S. George was described as Editorial Advisor of The New Indian Express.

What nailed it was that IE had in the past regularly run advertisements for NIE in its own publications, thereby making it an easy case for acquiescence. The court said that here, IE had “gone much beyond inaction and laches and ha[d] in fact contributed to the use of … “New Indian Express” outside the specified… territories and … thus taken an active role in promoting this expression…” By its acts and deeds, IE was estopped from objecting to its use in “The Sunday Standard”.

A little bit of confusion

What I found problematic was the concluding direction issued by the court.

After building up a beautiful argument in favour of NIE, the court said:

Perhaps the court could have substantiated its understanding of “an unwary reader” and “a little bit of confusion”, to help clear the air.