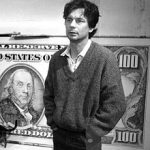 The controversial artist, J.S.G Boggs, who ‘literally’ made money, passed away recently.  [For news reports, see here, here and here]. Mr. Boggs is said to have painstakingly reproduced British pounds, Swiss francs and American dollars, with quirky deviations. Initially, he created notes one by one, which was a time-consuming process. Later, he ran off limited-edition prints.

The interesting modus operandi was as follows: He presented his currency (bills) to merchants as payment for goods and services. If the bills were accepted, he asked for a receipt. He noted the details of each transaction on the backs of his “Boggs bills,” which were blank. He sold the receipts to collectors. It was up to them to track down the merchant for a fee. Mr. Boggs would assist and negotiate purchase of the bills. Mr. Boggs never sold his bills. He only spent them. According to him, “I take them out into the real world and try to spend them, not as counterfeits, but as works of art that ask us about the nature of money.” 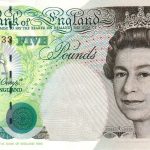 Most of them considered him as a forger. They either seized his notes or put him on trial. On some occasions, he was successful. On others, he was not. In Britain, he was charged with violating the Forgery and Counterfeiting Act. The civil-rights lawyer Geoffrey Robertson mounted a successful defense. Mr. Boggs paid him in Boggs notes. Apparently, it was in response to the Boggs case that the Bank of England added a copyright notice to its paper currency!!

Mr. Boggs was also arrested in Sydney, Australia. The judge dismissed the case and awarded him $20,000 in damages. However, he was not successful in United States.

A case like the instant one falls in the “penumbra” region of law, if I may borrow the usage of late Prof. H. L. A Hart in the acclaimed Hart-Fuller jurisprudential debate.

Did Mr. Boggs use the notes so as to  practise deception or knowing it to be likely that deception will thereby be practised? He can very well claim that he used the notes as pieces of art and ‘bartered’ them for goods and services. Note that his notes did have quirky deviations from the normal notes. If the intention was to practise deception, arguably, the notes wouldn’t have them.

In a case like the instant one where it may be difficult to term it as “counterfeit”, copyright violation may be a tenable argument. The act of copying the broad framework of a currency note (even with quirky deviations) essentially violates the copyright over the currency note. Therefore, I believe, the Bank of England wisely added copyright notice to its paper currencies.