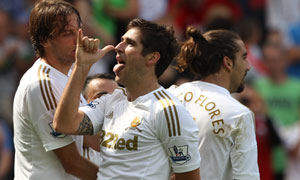 In a major development today, the Madras High Court firmly ruled that all appointments to the 19 odd tribunals (under the purview of the impugned Finance Act and Rules) would be subject to the final order in the writ petition filed by the Madras Bar Association (MBA).

The bench comprised Justice Indira Banerjee (Chief Justice of the Madras High Court) and Justice Bhavani Subbarayan (for whom incidentally, this was the very first day in court: what an auspicious start!).

While this is not (strictly speaking) a “stay” against all such appointments, the government would be foolish to go ahead and make appointments, only to have them struck down by the courts. Indeed, if the mood of the court today is anything to go by, it won’t be long before this deplorable move by the government is struck down as unconstitutional!

The IPAB (intellectual property appellate board) is one among the 19 odd tribunals that are caught by this rather brazen move by the government to wrest control of tribunals and compromise their independence!

A number of writers on this blog (including Prashant Reddy, Sai Vinod and me) fought to secure the independence of the IPAB through a PIL that finally resulted in a victory in 2015 (after a rather arduous 4 year battle!). The court categorically held that IPAB appointments have to be made strictly in accordance with the constitutional law tenets laid down in R. Gandhi vs Union of India.

And this brings us to the present constitutionality challenge by the Madras Bar Association to this new attempt at thwarting the independence of the judiciary.

As Prashant Reddy noted previously (here and here), the government passed the Finance Act, 2017 and corresponding rules (Tribunal, Appellate and other Authorities (Qualifications, Experience and other conditions of Service of Members) Rules, 2017) in quick succession to wrest control of judicial tribunals.

Fortunately, this malicious move was immediately challenged as unconstitutional by the Madras Bar Association (through one of India’s leading senior counsels, Arvind Datar assisted by the wonderful Swaroop Mamudi) on various grounds including the fact that:

The Government Cocking A Snook?

After the Aadhar card and privacy fiasco, this must be the second largest instance where the executive has clearly cocked a snook at our courts, asking them to take a hike. Reaffirming yet again that constitutional values simply do not matter to the present government! And that they are a law unto themselves. One can only hope that our judiciary does not take this lying down.

Indeed this may well be the last nail in the coffin of trivialising justice through tribunalisation; a theme that dates back to the dark days of Indira Gandhi and has remained controversial ever since…generating reams of case law and scholarly literature, not to mention emotional outbursts! This is not to say that vesting sole control of tribunals with the judiciary (by way of that cosy cabal we call the “collegium”) is ideal; but certainly a lesser of the two evils. But on this, I’ll come back with a more comprehensive post, when time, space and emotions permit.