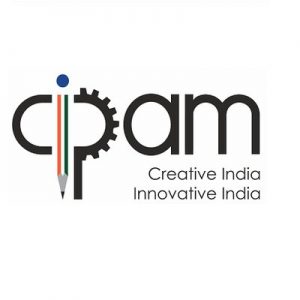 On July 13, 2018, the All India Council for Technical Education (AICTE) released a circular announcing the ‘Intellectual Property Talent Search Examination 2018’. Launched jointly by the Associated Chambers of Commerce and Industry (ASSOCHAM) and Ericsson, the talent search will reward high school students (Class 9-12) and undergraduate students who score well on the online examination.

The objective of this test is to spread awareness about IPR by sensitising the youth and fostering innovation amongst them. This is in furtherance of the objectives laid down in the National IPR Policy 2016, one of which is “IPR Awareness: Outreach and Promotion”.

As part of this IP proselytizing mission, the government set up the Cell for IPR Promotion and Management (CIPAM). CIPAM has in the past conducted a number of awareness programmes in schools and industrial associations.

The ‘Intellectual Property Talent Search Examination 2018’ comes as a successor to a number of similar initiatives. However, as Prof. Basheer and Pankhuri note in their recently published paper (covered on our blog here), indoctrinating school children with a formalistic one sided view IP may do more harm than good. As they note:

“The policy advocates that IP be taught in schools. Leading one to ask: wouldn’t a course designed to make children more creative be better for fostering creativity than bogging them down with an additional course on intellectual property? Even if schools lack the resources to impart specific courses on creativity, they could at least ensure that they don’t stand in the way of what might otherwise have been a natural flowering of creativity in children. A truth tellingly captured by Mark Twain’s sentiment: “I have never let my schooling interfere with my education.” A strenuous course on a legal regime whose alleged impact on innovation and creativity is highly contested is hardly the right recipe for a blossoming of creativity in schools.”

And at another point, they note:

“The policy assumes that innovation and creativity can be fostered only through increased IP protection, and fails to acknowledge the more significant role played by non-IP factors such as education, infrastructure, culture, financing, etc. Is it the country’s IP regime that is problematic? Or does the malaise lie elsewhere? Could it be cultural, where parents put undue pressure on their children to take up secure salaried jobs, as opposed to risky entrepreneurial ventures? Such factors are absent from the “problem representation” of the policy, and therein lies its biggest flaw. IP policy making should be driven by facts, and not faith. It must be based on empirical studies and stakeholder surveys and not on intuitions and assumptions.”

It is time that IPR is recognised and represented as a means of creation of wealth, but also a driver of socio-cultural progress and prosperity. Not just as a weapon to wield for owners, but also as a harbinger of open access to knowledge and educational resources.  Alas, one can only hope!