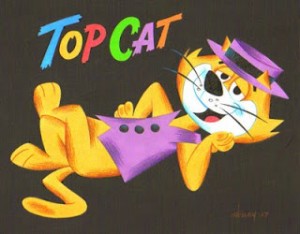 Ever heard of a cat that’s got an email id of its own? May be we could ask Ripley’s, but then we don’t need to go that far. Tufty (the cat of course) not only has an email id, but also enjoys the company of a rather distinguished quartet of extremely prolific “blawgers”. Not just that, the blawg has been voted the top “IT Law and Governance” blog in a poll conducted by ComputerWeekly.com for IT Law Blogs Award’08. SpicyIP…

In the first part of this post, I had discussed the standard of obviousness as laid down by KSR and explained the difference between the “obvious to try” and “obviousness” standards, advocating for the most part adherence to the latter. In this part, we shall analyse Angiotech to see for ourselves if there has been a divagation from KSR. Angiotech Pharmaceuticals Inc v. Conor Medsystems Inc (2008)Forum: House of Lords, United KingdomDefendant-Appellant- Patentee: Angiotech Pharmaceuticals IncPlaintiff-Respondent: Conor Medsystems IncDecision: Appeal…

First things first, SpicyIP wishes its readers a very happy Independence day!Restatements sometimes, rather most of the time, help us understand concepts better and may even lead to new theories. This is particularly true of the concept of obviousness; though obviousness has been the subject-matter of quite a number of decisions and disquisitions, every subsequent judicial pronouncement brings out a feature of its mien which hasn’t been dealt with before or which when restated brings out a new perspective. This…

END_OF_DOCUMENT_TOKEN_TO_BE_REPLACED

The Federation of Indian Chambers of Commerce and Industry (FICCI) in association with World Intellectual Property Organization (WIPO) and Department of Industrial Policy and Promotion (DIPP), Government of India is organizing a WIPO Conference on Development and Intellectual Property (IP): Building Synergies with Policy Makers and Industry at Taj Exotica, Goa from September 1 to 3, 2008. The aim of the Conference is to assemble selected parties involved in the IP system in different countries of Asia, namely, policy makers…

END_OF_DOCUMENT_TOKEN_TO_BE_REPLACED 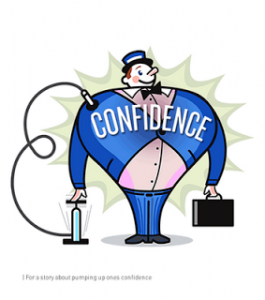 Just when the pundits of doom had almost concluded (prematurely???), thanks to the Ranbaxy-Daiichi deal, that the Indian generics industry was going down to Davy Jones’ locker with more voices joining the chorus each day, Strides Arcolabs shows a thumbs up for the Indian generics industry with its acquisition of a controlling interest in Ascent Pharmahealth Limited (formerly Genepharm Australasia Limited). With this, Strides becomes the 4th largest generic company in Australia. Come September, from the current holding of 50.1%…

END_OF_DOCUMENT_TOKEN_TO_BE_REPLACED

Business aptly seems to drive law; finally, the Murthys and Ramadorais of Bengalooru have spoken up. According to an article in the Financial Express, IT majors Infosys and TCS have reacted strongly to a call made by the open source community, particularly Red Hat India and All India Peoples Sciences Network, for dropping a clause in the draft patent examination manual which according to the latter gives a backdoor entry for software patents. The article states: “The IT majors made…

END_OF_DOCUMENT_TOKEN_TO_BE_REPLACED

Nearly five months after the grant of injunction against TVS Motors for prima facie infringement of Bajaj’s patent on dual-spark ignition technology, here comes another row involving Bajaj Auto limited and Eicher Motors, which owns Royal Enfield. According to India e-news: “Bajaj said it was studying if Royal Enfield’s Thunderbird Twin spark 350cc bike violated their patent on the twin-spark technology. It said if Enfield was found to have violated the patent, the company would take the matter to court.”…

SpicyIP announces the invitation of applications by the History Department and the Centre for the History of Medicine at the University of Warwick for a 3-year PhD studentship to investigate an aspect of public health in modern South Asia. The programme, funded by a Wellcome Trust Strategic Award, is slated to start in October 2008 and will be supervised by Dr Sarah Hodges. The successful candidate must hold an MA in the History of Medicine or a related field in… 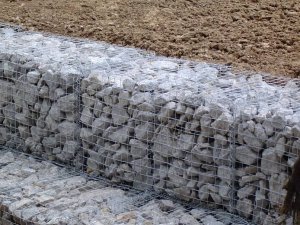 Infringement and invalidation of patents is now money for old rope and people who know the ropes can make a killing. For those who are yet to learn the ropes of the subtle art of a calculated infringement, walking a tightrope is the safest option lest they end on the ropes. A “knotty” case from the Gujarat High Court involving a patent on gabions with synthetic ropes could probably show us the ropes of a near-successful infringement-and-invalidation bid. I call…

END_OF_DOCUMENT_TOKEN_TO_BE_REPLACED

In a bid to sweeten the kitty for Daiichi Sankyo, Ranbaxy has reached an out of Court settlement with Pfizer in the baap of all patent litigations involving latter’s patents on the blockbuster drug, Lipitor bringing to a close a bitter row in 12 countries except Finland, Spain, Portugal, Denmark and Romania. According to the Business Standard: “Under the deal, Ranbaxy will drop all legal challenge to Pfizer’s patent on Lipitor in these markets, which expire between 2011 and 2018….