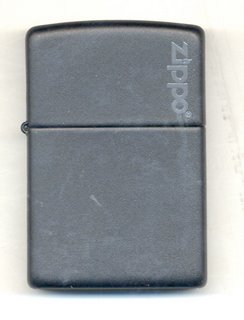 Zippo Manufacturing Company, the world-famous manufacturer of windproof lighters that shot to popularity in World War II and have been iconised in Hollywood ever since, was awarded a shape mark registration in India for the unique shape of their lighters. This registration, under No. 714368 in Class 34 comes close on the heels of an earlier USPTO registration for the same shape granted in 2002, which is yet to test the waters in a court of law.

Within about seven months since the grant of the aforesaid shape mark registration in India, Zippo’s attention was drawn to large scale piracy of its lighters in India by a prominent chain of gifts and greetings stores which was selling poor quality counterfeit lighters apparently imported from China, some of which even bore the Zippo word mark, while others merely pirated the shape. A suit was filed seeking an immediate relief of an ex parte ad interim injunction, which was granted vide a detailed order of Hon’ble Mr. Justice H R Malhotra of the Delhi High Court on the 13th of July 2006.

The order which is the first of its kind in India, at the outset acknowledges Zippo to be a renowned trademark, and goes on to extend the scope of judicial protection to the shape mark as well. Citing Philips Electronics NV v. Remington Consumer Products Ltd., (2003) RPC 2 ECJ at page 411, the Single Judge observed, “Like other trademarks it would be sufficient for a shape mark to enable the public concerned to distinguish the product from others which have another commercial origin, and to conclude that all the goods bearing it have originated under the control of the proprietor of the shape mark to whom responsibility for their quality can be attributed.”

Acknowledging Zippo’s proprietorship over both the word and the shape mark, the Learned Single Judge went on further to state that Zippo had made out a strong prima facie case in its favour warranting the grant of an ex parte ad interim injunction to prevent the Defendants from “tarnishing the reputation of the plaintiff in their trade in terms of their goodwill which they seem to have built over number of years by maintaining the high standards of their quality products”.