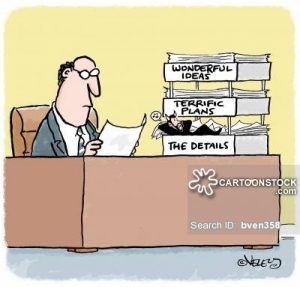 We have in the past examined whether there exists a nexus between piracy and funding of terrorism and/or organised crimes (see here and here). The pertinent takeaways from our analyses were that most of the studies/reports, which have attempted to establish such a nexus have been inconclusive. As Swaraj had pointed out, there were contradictory statements from even within those who attempted to draw out this link. While this causal link continues to remain inconclusive, Union Home Minister, Mr. Rajnath Singh has claimed that piracy and copyright violations are sources of terror financing and money laundering.  He goes on to state in no uncertain terms the need to strictly deal with IPR related violations as they can potentially fuel serious unorganised crimes and finance criminals and terrorists. If one reads this together with the instances in the past where various states in the country have gone overboard in their fight against piracy (see here, here and here), one gets a clearer picture of how the discussions on this nexus have been dominated by hyperboles.

The pivotal question, which needs to be addressed in this context is whether the clarion calls such as the one made by Mr. Rajnath Singh are substantiated by hard data establishing the nexus between piracy and terror financing. Most of those who believe that there exists such a link have in the past relied on a study by RAND, which was funded by the Motion Picture Association (a fact disclosed in the study itself). The study quotes examples of a number of crime syndicates from around the world, which fund their activities through piracy. Juxtapose this to a report by the Financial Action Task Force (“FATF”), the premier inter-governmental body that sets the global standards for combating money laundering and terrorist financing, that does not cite piracy as either a traditional or an emerging mode for funding terrorist activities. Nevertheless, this is not to say that even FATF has completely acquitted piracy of being a possible financing option for terrorist activities. But, unlike the RAND report, which paints piracy in an extremely ominous light, one of the two FATF reports cited above seems to only make a passing reference to piracy as one of the possible sources of terror financing. Another interesting argument against drawing such a nexus is that many IPR violations are often wrongly equated to counterfeiting (which is a fairly well acknowledged mode for terror financing) and even those violations, which can potentially curb counterfeiting (for instance, unauthorised access to a video file may prevent a person from buying a counterfeit DVD) are mistakenly identified to be in the same category as counterfeiting.

My reading of the nexus between piracy and terror funding brings me back to the same point which the earlier posts allude to – one needs more concrete research to bring out any tangible co-relation between the two. Moreover, a reading of any literature related to terror funding indicates that even completely legitimate sources of income generation and fund raising, including NGOs, often act as sources for terror financing. But, the authorities seem overly interested in attaching a stigma to piracy, disproportionate to the actual threat it poses. By giving such an overblown picture, both the executive and legislature end up going into an overdrive to curb them as well (as is clear from the numerous legislations attempted by the Indian states in the past), with Mr. Rajnath Singh’s statements being the latest example of it. As we have time and again pointed out on this blog, piracy is often a question of accessibility than anything else. Thus, it would be far from accurate to portray piracy as a monster while the real devil continues to hide in the details.