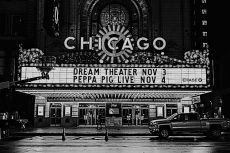 Night view of a movie theatre (Image from here)

Last month, the Ministry of Information and Broadcasting received severe criticism from the film industry, free speech advocates, and the public when it announced the Cinematograph (Amendment) Bill 2021 (‘Bill’). This new Bill, which seeks ‘to tackle the menace of film piracy’, is a revision of the Cinematograph (Amendment) Bill 2019 – an earlier version that suffered from several logical and policy issues of its own, as highlighted by Divij, here. While the most controversial provision in the new Bill has been found to be the re-introduction of revisionary powers of the Central Government to direct the CBFC Chairman to reexamine an already certified film, there are additional concerns regarding how the new amendments interact with existing anti-piracy provisions in the Copyright Act, 1957.

Piracy and Fair Use

This 2021 Bill has skipped the Section 7(4) proposed in the 2019 Bill which overrode the Copyright Act and penalized recording a film or sound recording in a film shown in an ‘exhibition facility’, without the permission of the copyright owner. In its place, it proposes Section 6AA, which has a similar effect:

‘6AA. Notwithstanding any law for the time being in force, no person shall, without the written authorization of the author, be permitted to use any audiovisual recording device in a place to knowingly make or transmit or attempt to make or transmit or abet the making or transmission of a copy of a film or a part thereof.

Explanation.- For the purposes of this sub-section, the expression “author” shall have the same meaning as assigned to it in clause (d) of section 2 of the Copyright Act, 1957.’

While this new provision removes the undefined term, ‘exhibition facility’ on which the application of the proposed Section 7(4) depended, it leaves things even more vague. Instead of statutorily defining exhibition facility, the section’s scope has been broadened to recordings in any place. Further, what constitutes ‘copy of a film or a part thereof’ isn’t defined, implying that making or transmitting a copy of any length and for every purpose is prohibited.

The only respite from this is exemption of instances covered by Section 52 of Copyright Act. While this is an obvious improvement over the 2019 Bill, it is far from sufficient. A Statement released by a number of concerned citizens with suggestions for the 2021 Bill (‘Statement’) criticizes, among other things, the absence of nuanced exceptions specifically crafted with film piracy in mind.  Under the Copyright Act, cinematographic films enjoy the broadest protection among all works. The abovementioned Statement points out that non-commercial uses such as making of short clips for memes, jokes, etc has not been exempted despite the Report of the Standing Committee on Information Technology (2019-20)‘s recommendations in this regard. Uses like these facilitate free expression and active cultural exchange in society. While these de minimis uses might be read into the fair dealing exception in Section 52(1)(a), the provision does not explicitly recognize quotation or parody, leaving the outcome of disputes dependent on judicial interpretation.

Another surprising change is the inclusion of the requirement of written authorization from the author of a film. While the Copyright Act deems the producer of a film as its author, that doesn’t imply that author and copyright owner would necessarily remain the same perpetually. In the event of assignment of rights, any person wishing to legally record a film would have to additionally obtain written permission from the author aside from the permissions already needed from the present copyright owner. Not obtaining the author’s consent might lead to heavy penalties.

The proposed S.7(1A) lays down the penalties for contravention of the overbroad Section 6AA. The penalties range from 3 months to 3 years of imprisonment, and/or fine worth 3 lakh rupees extending up to 5% of the audited gross production cost of the film. Linking the fine to the gross production cost of the film may lead to exorbitant penalties in case of high-budget films. It also fails to distinguish between first-time offenders and repeat offenders, something that the Copyright Act does by prescribing different penalties. The upper limit of the fine being dependent on the production cost means that a first time-offender may end up receiving much harsher punishment than a seasoned abuser.

Notably, piracy is already a punishable crime under the Copyright Act. Section 63 of the Copyright Act, goes far beyond what the TRIPS Agreement demands in criminal remedies for copyright infringement.  It provides imprisonment ranging from 6 months to 3 years, and/or fine between 50,000 to 2 lakh rupees for knowingly infringing copyright. Yet, the 2021 Bill adds a non-obstante clause before Section 6AA, according it an overriding effect and creating a separate offence of unauthorised recording in addition to the offence of copyright infringement which is recognised under the Copyright Act as well as certain state Goonda Acts.

What Divij had argued in respect of the 2019 Bill continues to hold true, ‘there is no clear rationale for placing such a provision in the Cinematograph Act and overriding the Copyright Act, as the former is the law for the certification of films and does not concern the rights or entitlements of copyright holders, a subject squarely covered by the latter. In fact, the entire subject of film piracy is squarely one of infringement already covered under the Copyright Act.’

It is quite worrying that the legislature continues to consider adding more of such overbroad criminal provisions when there are already serious doubts as to whether the existing sanctions are constitutionally valid.

Several of the changes proposed by the 2021 Bill are likely to have significant impact on freedom of expression of both filmmakers and members of the public. The restoration of revisionary powers of the Central government goes against a clear Supreme Court ruling in Union of India v. KM Shankarappa, which found such powers to be encroaching into the domain of judicial review and thus violative of the basic structure of the constitution. Enhancing penalties against piracy, an offence which is already criminalized by Central and state statutes, does not offer effective solutions to the problem at grassroot level. Instead, it risks misuse against individuals and the possibility of a person being convicted under multiple laws with onerous penalties for a single action. The government’s strong anti-piracy policy should be realized by devising more systematic solutions to the problem. This must be balanced with the constitutional freedom of expression by carving out deliberate, film-specific exceptions to piracy that adequately recognize the evolving kinds of informational and cultural exchanges that this increasingly digitized society engages in.