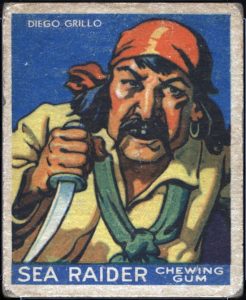 The Ministry has called for public comments on the draft amendment by February 2nd. While film industry bodies have hailed the move as a necessary step to combat film piracy (expectedly), the terms of the amendment themselves are blunt and disproportionate, and stifle fair dealing provisions under the Copyright Act. In this post, I will break down the proposed amendment and explain why it ought to be opposed.

Section 7 of the Cinematograph Act prescribes the penalties for contravention of offences related to the Act. The draft amendment:

A. Uses non-obstante language to override any contrary terms of the Copyright Act.

B. Goes on to state that any person who:

makes a recording of the film or of the sound recording in such film, shall be punished with:

There are several issues with this draft amendment, least of all the shoddy drafting. The poor drafting is reflected in repetitive and redundant wording of the punishment proposed for the offence. (“shall be punishable with imprisonment not exceeding three years and shall also be liable to fine not exceeding Rs.10 Lakhs, or to a term of imprisonment for a term not exceeding three years or both”) and an incomplete sentence (“during the exhibition of an audiovisual work, cinematographic in an exhibition facility …”). Some terms in the draft amendment are also unclear and undefined. For example, the Cinematograph Act does not define an ‘exhibition facility’, although the section applies only to exhibitions of cinematographic films and their sound recordings in such facilities.

Further, there is no clear rationale for placing such a provision in the Cinematograph Act and overriding the Copyright Act, as the former is the law for the certification of films and does not concern the rights or entitlements of copyright holders, a subject squarely covered by the latter. In fact, the entire subject of film piracy is squarely one of infringement already covered under the Copyright Act.

The offence is broadly worded and captures the making of a copy of a film or its sound recording or any part thereof, which can also include making short clips of the movie on your phone, for any purpose, without an exception. By overriding the provisions of the Copyright Act, the amendment fails to consider the right of fair dealing which is available under the Copyright Act under Section 52, and which protects certain non-permissioned uses of copyrighted works, such as for personal use or criticism or review. This is a fundamental part of the balance that the Copyright Act seeks to achieve between protecting rights and increasing access to knowledge and cultural works, and the draft amendment under the Cinematograph Act flagrantly does away with any such balance, criminalising actions as benign as recording and sending a short clip of a film to a friend on WhatsApp.

Finally, the penalties proposed in the draft amendment are blunt and disproportionate. The draft amendment mandates up to three years in imprisonment with the possibility of an additional fine. As per its current drafting, there is no option where the offence may be punished with only a fine, either. This is a heavily disproportionate sanction for merely the act of creating a copy of a film or a part of a film, without making any finding of wide-scale abuse of rights at a commercial scale, which is what anti-piracy measures should actually aim to counter.

The Ministry of Information and Broadcasting is accepting public comments to the draft amendment until February 2, 2019. You can voice your opposition to this amendment by mailing the following email address: