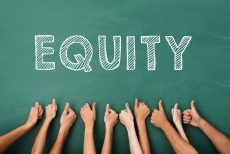 It is critical for the government to be forward-thinking. The Biotechnology Industry Research Assistance Council, a government department,  is reported to have provided INR 70 to 100 crores to Gennova Pharmaceuticals for its development of an mRNA vaccine for Covid. The mRNA technology is a versatile platform technology that has been heralded as a new era in vaccines. The platform used by Gennova (saRNA – self-amplifying RNA) overcomes storage / temperature issues that affected previous versions of mRNA vaccines. Unlike existing mRNA vaccines that need to be stored at very low temperatures, saRNA vaccines can be freeze-dried and stored at higher temperatures. Lower cost and freeze-drying would solve some major distribution problems.

Significant public health benefits lie in the versatility of this platform. While currently used for Covid, trials are underway for its use to treat other diseases such as Zika, Zoster and Rabies. This platform technology has potential for use for several other infectious as well as non-infectious diseases including TB, malaria, dengue and possibly even cancer, auto-immune diseases, and diabetes. Given its versatility, it is not possible for one pharmaceutical company to explore the technology’s wide-ranging applications. True value can be unlocked only through widespread research, proper regulation and use. There is therefore a need to make the technology more accessible.

Access to this technology is, however, at risk. The government has blanketly refused to disclose its collaboration agreement with Gennova. Prashant has challenged this refusal before the Delhi High Court. As per precedent decided in Navroz Mody v. Mumbai Port Trust, the government is obligated to disclose public-private partnership agreements.

The government, through this collaboration agreement, may have in its hands very lucrative technological secrets. mRNA vaccines contain three main ingredients – mRNA, the lipids (that encase the mRNA) and sugars / stabilisers. The process of sequencing, making, mixing, purifying and combining each of these ingredients requires expert knowledge. Gennova that developed these mRNA-based vaccines, in collaboration with a US bio-tech company HDT, surely has the required expertise. Many of these processes can also be documented and drug regulatory approvals require their documentation. Through the collaboration agreement the government may also have access to these documents and consequently to the process of making mRNA vaccines. This is no small issue given the vast potential of this technology.

While the collaboration agreement should definitely be disclosed, the government may have reason not to disclose trade secrets such as manufacturing processes to make and use the mRNA platform. ‘Trade secrets’ have a specific meaning under law. However, at this point it is unclear whether this information will qualify as trade secrets given the USD 950 million lawsuit against Gennova for trade secrecy theft pending in the US. To defend itself, it is possible that Gennova may argue that these processes do not qualify as ‘trade secrets’. In which case there will be no reason for the government to withhold this information from the public. Further, since the government funded Gennova’s efforts, it is significant for the public to understand the impact of this lawsuit on the government and government funds. All this will be known only if the collaboration agreement is disclosed.

Separately, assuming that these are indeed trade secrets, instead of locking them up, the government should establish transparent processes to increase technology transfer. The government can do this by disseminating information to universities or private industries by facilitating technical cooperation. Given that the world at large is interested in the mRNA platform, these efforts will attract investments into India, increase industry uptake and increase innovation around this new technology. Mutually beneficial relationships with industry and researchers can be established through transparent and reasonable licensing agreements that can increase access to this technology. Instead of digging in its heels, the government should disclose the collaboration agreement and should pursue ways to increase access to technologies that can have significant public health benefits.