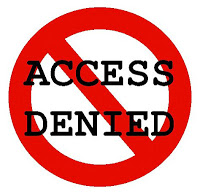 The Indian government has refused to disclose its collaboration agreements and investments made in developing and procuring India’s Covid 19 vaccine – Covaxin, the Indian mRNA and intranasal vaccine candidates.

Despite widespread public interest in these arrangements, the government has consistently rejected Right to Information (RTI) applications requesting this information. (for the responses received from the CIC see here, here and here) Prashant Reddy (who needs no introduction on this blog) filed several RTI requests covering public-private partnership arrangements related to the Covid 19 vaccines. He has challenged the blanket refusal by the government before the Delhi High Court. He is represented by lawyers Swathi Sukumar and Sai Vinod (also a former SpicyIP blogger).

Since 2021 the Indian public has been made aware of the existence of several public-private arrangements related to the development and procurement of Covid 19 vaccines. For instance, the ICMR and the National Institute of Virology, two government bodies, collaborated with Bharat Biotech to develop a Covid 19 vaccine – Covaxin. The Biotechnology Industry Research Assistance Council (BIRAC) also funded Gennova Pharmaceuticals and Bharat Biotech for their mRNA and intranasal vaccine candidates. Further, the Ministry of Health and Family Welfare placed purchase orders for several vaccines.

Since then, the Indian public has raised several questions regarding the details of these arrangements. Many articles (e.g. here and here) have questioned the lack of transparency, intellectual property rights concerns, and the lack of information about the amount of taxpayer money that has gone into these arrangements. It is clear that the public, whose money is being used, wants to know the details. More so because a substantial amount of public funds and resources have been expended in this regard. For context, more than 36 crore doses of Covaxin have been administered in India. However, the government has refused to provide information regarding these arrangements.

In an attempt to characterise this issue as an intellectual property rights issue (rather than a governance issue), the government has cited an exemption under Section 8(d) of the RTI Act to withhold information. The categories of records exempt under Section 8(d) are ‘commercial confidence, trade secrets or intellectual property, the disclosure of which would harm the competitive position of a third party.’ To be sure, this is not a blanket exemption. The competent authority can disclose even these categories of information if it is satisfied that ‘larger public interest warrants its disclosure’. Everything else aside, the arrangements in questions are not every day, ordinary arrangements. These arrangements relate to public authorities and a public purpose – developing vaccines to protect against Covid 19. Further, they arose out of and are inherently tied to a world-wide, deadly pandemic, an international health emergency, that the public is undoubtedly interested in. In fact, public disclosure of COVID-19 vaccine agreements is the global norm. The United States and the United Kingdom that collaborated with private companies to develop COVID-19 vaccines have released copies of their research and collaboration agreements under their Freedom of Information (FOI) laws with redactions. This by itself warrants disclosure and the government seems to have mischaracterised the issue at hand.

Even otherwise, as argued in detail by Prashant in his petition, public-private agreements are subject to different treatment under the RTI Act. As per binding precedent, the Chief Information Commissioner (CIC) is obligated to disclose public-private partnership agreements (Navroz Mody vs. Mumbai Port Trust). Further, government bodies like ICMR and BIRAC are obligated under law (Section 4 of the RTI Act) to publish information relating to public-private partnerships (PPPs) on the internet. In 2013, the Department of Personnel and Training issued guidelines which instructed public authorities to disclose “all information” relating to PPPs voluntarily including documents generated in the course of implementation of the PPPs, all payments made under PPPs along with the purpose of the payments. The government has also argued that since the contracts are on-going they should not be made to disclose them. But the petitioner has cited several cases where high courts have allowed disclosures even where contracts were ongoing or still in operation.

As highlighted by the petitioner, instead of a blanket refusal, the concerned authority should have perused the documents in order to establish whether they contain any information relating to ‘trade secrets’ or ‘commercial confidence’ or ‘intellectual property’ – all terms that have specific meaning under law.

It seems difficult to beat the law and the logic in the petition. Interestingly, the government seems to be flustered by the petitioner’s strong case and is resorting to cheap tactics – personally attacking him for ‘acting against the interest of the nation’ instead of fighting the matter on its merits.