This post was coauthored by Swaraj Paul Barooah and myself. 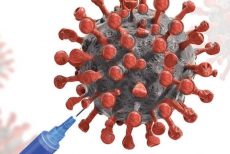 In part I of this post, Anik and I argued that the government should waive the IPR in Covaxin in order to ensure that the vaccine can be rapidly accessed by the public. In Part II of this post, Swaraj and I analyse the broader issue of IP ownership in outcomes of publicly funded research. Part III explores opacity surrounding the clinical trial data generated during the Covaxin trial, which has not been publicly shared on grounds of IPR concerns.

As noted in Part 1, Covaxin has been co-developed as part of a public-private partnership between Bharat Biotech and the Indian Council for Medical Research (ICMR), with the details of the funding agreement between Bharat Biotech and ICMR not being available online. Bharat Biotech is now collaborating with the US based pharmaceutical firm Ocugen Inc to co-develop Covaxin for the US market, which would make it seem that Bharat Biotech possesses the requisite rights over the IPR in the vaccine. Meanwhile, another vaccine is being developed by Gennova Biopharmaceuticals, Pune with the help of funding via a seed grant by the Department of Biotechnology. This vaccine uses novel mRNA technology, and if it succeeds in clinical trials, it would be a breakthrough and a first of its kind from the developing world. That being said, it is unclear as to whether this is completely indigenous though, as the same press release that calls it indigenous, also says it was developed in collaboration with HDT Biotech Corporation, USA. Regardless, as an mRNA vaccine, global demand may be significantly higher than that for Bharat Biotech’s vaccine which relies on conventional technology. Thus, the government’s retention of IPR in Covaxin and the novel mRNA vaccine in the pipeline, would enable it to be in a position to share them with the rest of the developing world. It is to be seen if the Indian government, which is pushing for big change on the international stage, is willing to walk to the talk on the domestic stage by taking a stand on pushing to get the IP rights in exchange for its funding.

Relevance and Evolution of a Regulatory Framework in India

The Covid-19 pandemic has compelled us to think more closely about the government’s ability to allow the public use of certain products/technologies in emergency situations, particularly if the funding for the development of these products/products involved the utilization of taxpayer’s money.

The Indian National Knowledge Commission noted as far back as 2007 that intellectual property infrastructure and assets must be utilised for public interest as well as for the overall benefit of society. In 2008, the Indian Government brought in the Protection and Utilisation of Public Funded Intellectual Property Bill, 2008 (PUPFIP bill). This Bill had many provisions directly taken from the US Bayh Dole Act, which was responsible for the creation of a uniform set of rules pertaining to government funded inventions in the US and the ownership of IP therein.

In contrast to the background and evidence justifying the legislation of a framework such as the Bayh Dole Act in the US, there is an abject lack of empirical data in India regarding the number of patents held by publicly funded institutes, the status of their licenses, commercialisation, utilisation etc.Perhaps, this compounds the difficulty in framing any overarching framework with an access-based ideology soundly guiding the process. As per official data, India’s expenditure on R&D activities constitutes only 0.7% of its GDP in contrast to many other countries such as the US (2.8%), China (2.1%), Korea (4.6%), Israel (4.5%), etc.  This also confirms observations that given the lower level of government funding, particularly to basic research in India, measures to bolster this funding may be imperative regardless of the adoption of any Bayh-Dole-esque framework. This is to underscore the significance of the government’s ability to incentivise research in priority areas, determine its scope and direction, and to make its outcomes available for public interest at affordable prices.

The PUPFIP Bill was criticised for restricting the public domain by prioritising private rights over public benefit, curtailing access to public funded research through a punitive instead of a facilitative framework, the lack of necessary contextualisation to India, diverting resources from pure basic research to more income promising applied research and patenting all inventions without considering whether this would help or hinder the larger goal of access to innovation. (discussed previously on the blog here, here and here).

The PUPFIP Bill was never translated into law, but there has been a patchwork of rules, regulations and guidelines regarding IP in publicly funded research outcomes. Instead of leading to certitude and consistency, these scattered policies and guidelines have exacerbated the lack of clarity on this issue.

Without an overarching law in place, Indian Universities and research institutes frame their own policies regarding vesting of IP ownership in outcomes of publicly funded research (Rule 233, General Financial Rules, 2017). As per the National IPR Policy 2016, which is an aspirational and guiding document instead of a binding one, the focus of publicly funded research organisations should be on commercialisation of inventions, including by increasing collaboration between industry and academia. Crucially, the focus of the last Science Technology and Innovation Policy (2013) expressly listed modifications to IPR policy to provide for using rights for social and public good objectives when supported by public funds, and co-sharing of IPRs generated under public-private partnership. As per the National IPR Policy, 2016, researchers should be encouraged in public funded academic and R&D institutions via the linking of their IPR creation with research funding and career progression (pg. 8, 2.5). For these purposes, the policy recommends the creation of uniform guidelines for the division of royalties between organisations and individual researchers and innovators (2.6). The prospect of receiving royalties can constitute an important incentive for commercializing the invention by transferring research results to the public through the involvement of inventors in the process of technology transfer and licensing patented inventions to companies to bring them to the market. Critics caution that the policy’s overt focus on IP registration can cause further dilution of resources from pure research to applied research whose IP can be easily registered without any positive effects on the overall innovation environment and accessibility within it.

As per the Draft Model Guidelines for implementation of IPR policy for Academic Institutions (“Model Guidelines”) released by the Department for Promotion of Industry and Internal Trade (DPIIT) in 2019, it is recommended that Universities be the default owner of IP in products/research generated through university resources or in the course of university employment (covered on the blog here). In contrast, the National Innovation and Start-up Policy 2019 for Students and Faculty, provides for joint ownership by the inventors and the institute (4(a)(i), pg. 15). The reconciliation of these policies vis a vis each other is not clear. The Model Guidelines if/when finalised, would only be persuasive in nature. By virtue of being restricted to academic institutions, they do not have a bearing on the status of IP created by India’s biggest publicly funded organizations such as the ICMR, CSIR, ICAR etc. There is no update regarding the outcome of the Model Guidelines as of now.

The Model Guidelines, like the PUPFIP Bill do not provide the government with explicit ‘march-in rights’ over IP generated from public funding. March-in rights have been provided in the US Bayh Dole Act and entitle the government (funding agency), on its own initiative or at the request of a third party, to effectively ignore the exclusivity of a patent awarded under the Act and grant additional licenses to other “reasonable applicants”, once the agency determines, following an investigation, that one of four statutory criteria for exercising these rights has been met. One of these grounds includes the alleviation of health and safety needs, which are not reasonably satisfied by the contractor, assignee, or their licensees. This constitutes a ground, which if construed broadly, can be operationalized during the pandemic to provide for access to treatment, vaccines and medicines at affordable costs.

The draft 5th Science, Technology and Innovation Policy (“STIP”) marks a welcome shift of approach in the attempts regarding regulation of IP in the innovation ecosystem thus far (covered on the blog here). It emphasizes the need for Open Science initiatives by highlighting that it is imperative for publicly funded research to be made inclusive and accessible. The draft STIP proposes the creation of a dedicated Open Access portal “to provide access, specifically, to the outputs of all publicly-funded research (including manuscripts, research data, supplementary information, research protocols, review articles, conference proceedings, monographs, book chapters, etc.).” (1.2, pg. 12). It also recommends making available all data generated from publicly funded research as open data in ‘findable, accessible, interoperable and reusable (FAIR) terms’. This is extended to suggest that not just pre-prints, but also finalized versions of publications generated by the use of public funds be deposited in institutional repositories. (Executive Summary, pg. 2)

The draft STIP also emphasizes on enhancing R&D funding from state and central governments, as well as via hybrid public-private funding models. This policy too would only have persuasive value and has been criticized for paying mere lip-service to the laudable goals of innovation and access without providing any effective guidance on how these goals will be realized, especially given the assumptions on state-center coordination.

The Covid-19 pandemic reveals the lack of political will and institutional support thus far for controlling the outputs of publicly funded research in a clear and consistent manner that benefits the public, despite the government’s impressive stance at the WTO pushing for a waiver of TRIPS obligations. Alternative models of pharmaceutical innovation, publicly minded licensing and open-source techniques are now being considered, with an urgent emphasis on both encouraging innovation and equitable access. The US experience with the Bayh Dole (particularly march-in rights which have only been used once till date) has shown that promising safeguards may not necessarily be used successfully. However, even though the mere legislation of these provisions into law may be insufficient, their practical limitations should not be used to argue against the incorporation of similar provisions in other countries such as India where they may achieve desirable results if contextualised and supported politically. By not controlling the IP rights of the Biotech vaccine (and thus being able to share them openly, or at least licensing it out cheaply), India has already lost what could’ve been an easy way to provide relief to several poorer countries in the world. Furthermore, this would have and should have been an easy step in showing the world how the Covid treatment situation could have been done better, costing India an easy opportunity at gaining tremendous soft power across the world. Will India at least be able to take this step for the mRNA vaccine it is now supporting? Unfortunately, even these agreements (how much they’re funding, what the Indian government’s exact role is, etc) don’t seem to be publicly available so far. But let’s cross our fingers and see.