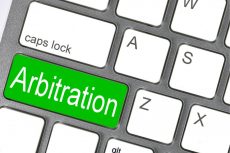 Last week we had a guest post by Lokesh Vyas that looked into the case of Hero Electrics v Lectro E-Mobility, wherein the order, holding the dispute to be arbitrable, was critiqued for inadequately clarifying the difference between IP disputes that can be arbitrated versus those that cannot. We’re pleased to bring our readers another guest post today that responds to Lokesh’s post. Today’s post, by Ajeeth Srinivas. K and Ishika Ray Chaudhuri, disagrees with the earlier critique, and argues that this order in fact furthers the position of arbitrability of IPR disputes in India. Ajeeth and Ishika are 4th year BBA, LLB and BA, LLB law students respectively at the School of Law, CHRIST (Deemed to be University), Bangalore. We welcome readers to comment with their own thoughts on the positions taken in either/both these posts.

Why the Case of Hero Electric vs. Lectro E-Mobility Actually Demystifies the Arbitrability of IP Disputes

Recently, SpicyIP saw the publication of a post analysing the judgement of the Hon’ble Delhi High Court in the case of Hero Electric vs. Lectro E-Mobility. The post noted three instances of criticism against the judgement laid down in the case, which the authors unfortunately cannot agree with. The case at hand – in the opinion of the authors – is one which in fact furthers the position of the arbitrability of IPR disputes in India. The authors agree that the court could have been clearer in stating the specific principle it sought to support. Regardless, the authors hold that the case attempts to analyse the difference between arbitrable IPR disputes (which arise due to actions in personam) and general non-arbitrable IPR disputes. Vide this post, the authors seek to showcase this intention of the Court.

At first glance, the dispute in itself seems like an infringement of a trademark suit, as observed by the first paragraph of the judgement. However, vide the execution of the Family Settlement Agreement (FSA) and the Trademark and Name Agreement (TMNA), the family agreed to the fact that the use of the Mark “Hero” by each of the Family’s Groups would be limited to use in pre-existing businesses, and to the exclusion of other groups. It is essential here to note that the FSA and TMNA are amenable to arbitration, as evidenced from previous arbitral proceedings. Another factum of importance is the execution of a trademark license in 2010 by Hero Exports towards Hero Electric Vehicle Pvt. Ltd. This is thus merely a case seeking to restrain the defendants from using the Hero Mark by businesses run by F-4.

On that basis, our criticisms to the contentions made in the impugned post are as follows:

The first contention in the published article criticises the fact that the Court does not delve into great depths when considering the issues concerning the infringement of IP, i.e., the supposed misuse of the Trademark by the Defendants. The authors fundamentally disagree with this criticism.

While this case is one that deals with claims relating to intellectual property, the case also deals with the capability of the Courts to refer parties to arbitration. The Court further expounds on Vidya Drolia v Durga Trading Corporation, which has laid down and specified the need for the presence of a “chalk and cheese situation” which prevents the parties to the contract from arbitrating the dispute. Therefore, the entirety of the cause of action in the dispute must be rendered non-arbitrable in order for the Court to be able to completely prevent arbitration.

Furthermore, the Court goes on to state in the instant case that its role in hearings under Section 8 and Section 11 of the Arbitration and Conciliation Act, 1996 is judicial in nature and not ministerial. As laid down under the Kompetenz-Kompetenz principle, the Arbitration Tribunal has the authority to decide on its own jurisdiction. Dissimilarly, a court of law can only prevent arbitration if the issue is not prima facie arbitrable. The jurisdiction of the Court, as per Indian law, extends merely to judging two aspects: firstly, whether a valid arbitration agreement exists (which does, here, as evidenced by the FSA and TMNA); and secondly, whether the subject-matter of the dispute is arbitrable (i.e., here, adjudicate the presence of a violation of a right purely in rem vide the IPR dispute in question). It is in this context that the Court also differentiates a non-arbitrable subject-matter and a non-arbitrable claim.

This is in line with the four-fold test laid down in Vidya Drolia. The tests only allow the Court to adjudicate to the extent of the specific tests mentioned therein, which are the qualifiers to adjudicate prima facie arbitrability (in paragraph 87 of that judgement). All other questions of arbitrability of the dispute must be left to the tribunal to adjudicate upon, without the intrusion of the Court, for if the Court indulged anything further, the same would be usurping the powers of the tribunal (in Paragraph 88 of that judgement).

Now, the second contention of the impugned post suggests that the court failed to note the plaintiff’s ownership of the ‘Hero’ mark, while the third contention in the post suggests that the court failed to acknowledge the subsequent erga omnes implications raised in the suit at hand. It is in this context that the judgement’s analysis of the applicability of rights in rem and in personam must be examined.

A right in rem is a right erga omnes or applying to persons generally and the world at large. This is a protected right – that is, unlike a right in personam, a right in rem must be violated stricto sensu. A right in personam, on the other hand, is a personal right, arising usually out of special circumstances – like the presence of a pre-existing contract between the parties involved in a dispute – and does not exist generally otherwise. IPRs, for example, can often be confined to exist in rem and not in personam, as they are recognised in public interest as private in nature, to the exclusion of usage by the world in general.

The judgement at hand, in paragraph 76, reiterates a four-fold test laid down in the case of Vidya Drolia which can be utilized to determine the arbitrability of the subject matter in an arbitration agreement. The first part of the test specifically aims at clarifying that the cause of action must not relate to rights in rem, or rights in personam arising from rights in rem; these include, as stated in the judgement in paragraph 77, grants and issue of patents and registration of trademarks. The court goes on to state in paragraph 146 that the trademark in question in the suit already stood granted prior to the FSA and TMNA; the dispute here was in connection with which Family Group out of the four was assigned the rights to the same. The assignment in this case is contractual vide the execution of the FSA and the TMNA, and thus exists solely in personam. In fact, the rights in personam here, which may give rise to consequent rights in rem, (here, the ability to bring action against the misuse of the impugned trademark erga omnes against other third parties).

It is only due to the assignment of the Trademark to F-1 vide the FSA and the TMNA that any incidental rights in rem have arisen. The authors disagree with the third contention on the basis of paragraph 143 and 147 of the judgement, which when read together state categorically that the right asserted by the plaintiff’s petition does not emanate from the violation of Sections 28 and 29 of the Trade Marks Act, 1999, instead emanating from the FSA and the TMNA – and thus being asserted only against the F-4 Family Group and not erga omnes. The Hon’ble Mr. Justice C Hari Shankar also precisely notes in paragraph 143 that the plaintiffs’ petition only relies on the Act superficially in their prayer, having not argued for the same substantially otherwise. Therefore, this is primarily a contractual dispute, with one party to the contract demanding the restraint of use of a Trademark vested with them, and is not a dispute of deceptively similar marks, or general cases of infringement.

Any violation of the impugned provisions of the Act in question is thus incidental to the contractual dispute at hand – were there to be an infringement on the trademark, assuming one Family Group (according to the second contention of the impugned post, the plaintiffs) were to become repository to the rights of the same, this still would not lend the dispute at hand erga omnes effect.

The Indian perspective on the arbitrability of disputes when the subject matter arises from IPR is somewhat ambiguous, but has steadily trended towards the understanding that while rights in rem (as IPR are, as implied when reading the judgements of the High Courts of Gujarat and Delhi respectively in Gurukrupa Mech Tech and McDonalds India Pvt. Ltd. together) are not actionable in arbitration agreements, rights in personam are – even when the latter arises from the former (Booz-Allen & Hamilton Inc vs. Sbi Home Finance Ltd. & Ors).

Here, however, the rights in rem do not give rise to rights in personam, but rather the opposite, if at all. Therefore, given that the aforementioned Indian perspective specifically considers rights in personam arbitrable under Section 8 of the Arbitration and Conciliation Act, 1996, the case in question in fact clarifies and upholds the Indian perspective on the arbitrability of IPR, instead of mystifying it further as the impugned post claims. In the authors’ opinion, the case furthers the discussion of arbitrability of IPR disputes in India, by considering in detail the limitations the Courts have to deem such issues prima facie non-arbitrable. It clearly demarcates the right of an arbitral tribunal to rule on its own jurisdiction, only leaving tertiary cases to the Court.