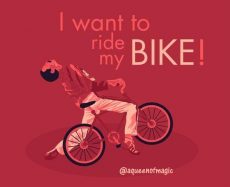 We’re pleased to bring you a guest post by Lokesh Vyas on a recent Delhi High Court decision on arbitrability of IP disputes. Lokesh is a 5th year student at Institute of Law, Nirma University, Ahmedabad. He has written for us earlier on the absence of rights of film directors, here.

The arbitrability of IP disputes has often been a question of jurisprudential significance oscillating between the nature of a dispute as to the right in rem and right in personam. Inika Charles and Shamnad Basheer have also argued that the sub-ordinate right in personam arising from right in rem can be arbitrated. Recently, the Delhi High Court in the Hero Electric Vehicles Pvt. Ltd .v. Lectro E-Mobility Private Ltd, confronted the issue of arbitrability of a trademark infringement and passing off dispute between two family groups and resolved the case from a contractual angle without examining the IP angle emphasized by the plaintiffs. This case is part of a long-standing set of suits and disputes between the families (see here, here). For the purposes of the present post, only this current case will be looked at.

The dispute involves a Family Settlement Agreement (“FSA”) that divided the Manjul group into four family groups (F1, F2, F3, F4) and required the parties to resolve disputes out of or in connection with the FSA through arbitration. Hero Exports, (Plaintiff no. 2) which earlier belonged to all the members of Manjul Group was transferred to F1 through the FSA. Parallelly, a Trademark and Name Agreement (“TMNA”) was also executed which granted the exclusive rights to use the mark “Hero” and its variants, with respect to electronic vehicles, to F1 (as per the Plaintiff), including electric bikes. Similarly, it granted the rights of the mark “Hero” and its variants for other classes of goods to F2-F4. This included granting the rights of the mark to F4 for bicycles. (Do note the distinction between bikes and bicycles here)

The dispute arose when the defendants (F4) started using the marks ‘Hero’ on electric bicycles having a throttle. Of relevance, is a previous arbitral award in relation to the export of electric bicycles, wherein it was held that e-cycles without a throttle cannot be considered electric bikes. Hence, the plaintiff filed the suit claiming it to be an infringement and passing off of its registered trademark. Rather than directly responding to the infringement and passing off claim, the defendants seem to be indicating that the plaintiffs are making these claims because they have misinterpreted the FSA and TMNA, and thus claimed it ought to be adjudicated through arbitration as per the terms of the FSA and the TMNA.

(Note: The facts of the case are a little complicated, so I welcome corrections on facts/law, if any)

While holding the matter to be arbitrable, the Court highlighted that the present matter is not about the deceptive similarity of the marks or trademark infringement, but rather focuses on the ‘right to use the mark’ which arises from the FSA and the TMSA. The Court not only denied that the dispute, if settled in favor of the plaintiff, would operate in rem affecting the right of everyone from using the mark (para 47) but also denied the infraction of any provision of the Trade Marks Act Act or Rules per se. Thus, the Court held it to be an issue of contractual arrangements between the parties.

Current Position of Arbitrability of IP Disputes in India

The Supreme Court in Booz Allen v. SBI Home Finance opened the door for the arbitrability of IP disputes in India when it noted that “disputes relating to subordinate rights in personam arising from rights in rem have always been considered to be arbitrable”.

Per this understanding, IP disputes can be divided into two types, one which solely involves the right in rem (e.g. the infringement suits, the validity of IP rights, etc.) and cannot be arbitrated. The other involves a subordinate right in personam which arises from a right in rem (e.g. right to receive royalty, licensing right, etc). These are purely contractual in nature and can be resolved through arbitration. As per my understanding, all rights in personam arise from existing rights in rem.

In Eros v. Telemax, the Bombay High Court clarified this position by noting that “where there are matters of commercial disputes and parties have consciously decided to refer these disputes arising from that contract to a private forum, no question arises of those disputes being non-arbitrable”. Similarly, in Eurokids International, the Court held in favour of arbitrability of a matter involving the restriction on using IPs after the franchise agreement.

However, there are also cases that blur this understanding. Illustratively, in Impact Metals case, which pertained to the infringement of intellectual property and misappropriation of trade secrets, the Andhra Pradesh High Court held the matter to be arbitrable without assessing the nature of the remedies or rights involved in the matter. The Supreme Court in Ayyasamy v. A. Paramasivam & Ors. furthered this ambiguity by categorizing patent, trademark, and copyright disputes as inarbitrable disputes (though it was a part of obiter and doesn’t hold much authoritative value).

Recently, the Supreme Court in Vidya Drolia and Ors. v. Durga Trading Corporation brought some clarity on this issue by laying down a four-fold test of inarbitrablity of the subject matter. As per this test, a cause of action and/or subject-matter of the dispute is non-arbitrable when:

Analysis of the Present Case

The present case took cognizance of these cases, however, in my opinion, it didn’t peruse them adequately. Firstly, the Court neither delved into the question of right in rem or in personam nor did it assess whether it’s an action in rem or in personam. The Court did not appreciate that the plaintiff, being a registered proprietor in class XII, has attempted to permanently restrain the defendant from using the mark ‘Hero’ for electric bikes. It was done by invoking the statutory rights under the Trademark Act and not because of the contract between them. The only way in which this would be arbitrable is if the right of F1 in the trademark, as assigned by the FSA and TMNA, was being questioned. However, that does not seem to be happening here.

Further, the Court overlooked that invoking a right in rem against a particular person doesn’t make it a right in personam claim which is subject to arbitration. Adjudication of dispute would automatically define the scope of the plaintiffs’ rights and the goods covered thereby, which can be claimed against other infringers as well in the future.

Secondly, the Court failed to notice that plaintiff’s claim of the exclusive right on the mark ‘Hero’ for electric bikes which includes (as per plaintiff) electric bicycles conflicts with the defendant’s claim of having rights over the electric bicycles. Thus, the issue of whether bikes include electric bicycles is a question on the scope and the validity of the registrations of trademarks which is a pure question of law that needs to be analyzed through examination of the Trade Marks Act, Trade Marks Rules, the extant registrations of the parties. Additionally, even if it is assumed that some part of the suit is contractual and therefore, is arbitrable, it doesn’t render the entire subject-matter as arbitrable because as per Sukanya Hoding’s ruling, a subject matter or cause of action in the suit cannot be bifurcated.

Thirdly, the Court failed to appraise erga omnes effects of the case i.e. the implications of the case on the public. By allowing the possibility of an owner of a trademark under class XII to not be able to protect his trademark from being copied by the owner of the mark under another class, the court is opening up the possibility of consumer confusion as well, since the primary purpose of the trademark as identifying the owner of the goodwill no longer be served.

By looking at the case solely from a contractual angle, the Court has overlooked that an agreement involving an arbitration clause can also have a right in rem issue which needs separate judicial scrutiny. A mere contractual relationship between two parties doesn’t convert the action into a right in personam.

Different countries have taken different stands regarding the arbitrability of IP disputes. For e.g. the USA (35 United States Code (U.S.C) § 294(d)) and Switzerland (Article 193.2, Swiss Federal Act on Private International Law, 1989.) allow the arbitration of patent infringement claims, while South Africa rejects the arbitrability of all IP disputes (Section 18(1) of the Patents Act 1978). France, Italy, Japan, and allow the parties to arbitrate the infringement of IPR but don’t let them arbitrate the validity of registrations. (Note: Refer to ICC’s Report on Intellectual Property Disputes and Arbitration to know more about the arbitrability of IP disputes in other countries.)

However, in India, the issue is uncertain. The Commercial Courts, Commercial Division, and Commercial Appellate Division of the High Court Acts, 2015 has further created confusion by providing for arbitration of commercial dispute [which includes IPR-Section 2(c)(xvii)] of specified value without specifically excluding the arbitration of IPR disputes from its purview under Section 10. In my opinion, leveraging this provision, we should clarify the ‘arbitrable’ aspects of IP disputes through an amendment in the Arbitration Act, as done by Hong Kong (Part 11A, Hong Kong Arbitration(Amendment) Ordinance, 2017.)

It would be great if readers who are more informed, chip in with their comments on this question as well.