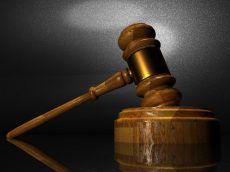 Recently, the Bombay High Court was faced with a controversial question of law while hearing an anticipatory bail application. The bail application was filed in response to a criminal report registered, inter alia, under Section 63 of the Copyright Act and Section 103 of the Trade Marks Act. The primary issue addressed by the court was whether these offences are bailable in nature or non-bailable. The court ruled on the side of the latter, holding these offences to be non-bailable. In this post, I shall analyse this order and situate it in the context of its implications for free speech in the country.

The above mentioned provisions deal with the infringement of copyright and trademarks respectively. Both of them prescribe a punishment of “not less than six months but which may extend to three years” in addition to the fine. The First Schedule of the Code of Criminal Procedure (‘CrPC’) provides for a three category classification of offences as bailable or non-bailable in accordance with the prescribed punishment. The second category in this classification states that offences “punishable with imprisonment for 3 years, and upwards but not more than 7 years” are non-bailable. The third category, on the other hand, states that offences “punishable with imprisonment for less than 3 years or with fine only” are bailable in nature. As the offences of copyright and trade marks have a maximum possible punishment of 3 years, it has led to a confusion as to which category they will fall under (see earlier posts on the blog here and here for more detailed context). Accordingly, different high courts have reached contrasting conclusions on this. While Andhra Pradesh High Court and Delhi High Court (here and here) have held these offences to be bailable due to the possibility of less than 3 years of punishment, they have been held to be non-bailable by Gauhati High Court, Kerala High Court (here and here), and Rajasthan High Court, in light of the possibility of a 3 year punishment.

In the proceedings before the Bombay High Court, the State submitted that “this issue is no more res-integra” as different courts have held that offences punishable with up to 3 years of imprisonment are non-bailable in nature. The court sided with this interpretation, by relying upon a series of its earlier decisions dealing with the Prevention of Insults to National Honour Act, 1971, the Prevention of Corruption Act, and the M.R.T.P. Act, 1966, where the classification was decided based on the maximum possible punishment. It also referred to the recent Division Bench decision of the Rajasthan High Court in Nathu Ram v. State of Rajasthan, where on a reference it was held that offences for which imprisonment “may extend to three years” would fall in the second category, and thereby non-bailable and cognizable.

The above assessment of the Bombay High Court selectively considers only authorities supporting the final outcome arrived at by it, and ignoring the authorities that arrive at a contrary result. Two particularly relevant arguments raised in these orders that were not considered by the court are as follows.

First, the decision of the Supreme Court in Rajeev Chaudhary v. State (N.C.T.) of Delhi (‘Rajeev Chaudhary’) has not been addressed. The decision was rendered in the context of Section 167 of the CrPC and the court held that “imprisonment for a term of not less than ten years” will not include the offence of extortion that provides “imprisonment of either description for a term which may extend to ten years”. This has been distinguished by the Delhi High Court by considering that the language of the classification of offences in the First Schedule is “materially different” to the term “not less than” used in Section 167. The Rajasthan High Court similarly distinguished this decision considering it to be “in different context”. This, however, involves a discussion that does not consider the specific wording of the First Schedule. To reiterate, it uses the phrase “punishable with imprisonment for 3 years, and upwards but not more than 7 years.” (emphasis supplied). There is a deliberate use of the term ‘and’ in the classification. This possibly implies that the concerned offence must be punishable for 3 years and above, and not merely 3 years. A different interpretation would render the term ‘and’ redundant. If the view of the courts classifying these intellectual property offences in the second category were correct, then the term ‘and’ would have to be instead read as an ‘or’ which cannot be the case here. Accordingly, if the use of ‘and’ is considered deliberate, this makes the provisions in line with that in Rajeev Chaudhary since the effective interpretation of both provisions is the same. This interpretation should be favoured, as rightly pointed out by the Andhra High Court, in light of the fact that criminal provisions are required to be interpreted strictly.

Second, the Supreme Court decision in Avinash Bhosale v. Union of India has not been discussed. This was rendered in relation to Section 135(1)(ii) of the Customs Act, 1962. It prescribes for a punishment of “imprisonment which may extend to three years” (identical to the intellectual property offences being discussed in this post). The apex court had held this to be a bailable offence. As the language of both the copyright and the trademark offences is identical, this interpretation would squarely apply to them and they must be considered as bailable. A similar view was also taken by the Delhi High Court.

In light of the non-consideration of the above Supreme Court judgments, it appears that the Bombay High Court order might be considered per incuriam and not good law.

Holding copyright and trademark offences to be cognizable and non-bailable in nature has a significantly high impact on freedom of speech and expression in the country. Six particular issues need consideration in this regards.

First of all, as Bhavik rightly argues, the essence of copyright law is to spur creativity and facilitate access to works. With the threat of a police arrest and the absence of bail as a right, creators would indulge in self-censorship lest they might need to serve jail time for their actions. This is particularly true in the modern day hostile environment in the country where creators are regularly targeted for their content. Particularly, there has recently been an increase in what are known as SLAPP litigation (‘strategic lawsuit against public participation’) where several cases have been filed against creators such as comedians.

Secondly, this will also lead to suppression in criticism of unfair practices or government’s policies for fear of retaliation. This is because copyright law in the present day is being used as a means of censorship by both private players and the government. The excessive and unreasonable copyright infringement claims raised by WhiteHateJr to shut down all negative comments are an example of the former. The latter can be seen from recent reports hinting towards false invocation of copyright infringement by the Bangladesh government to take down content criticising the government’s functioning. This would, thus, further reduce the already narrowing boundaries of free speech in the country.

Thirdly, this would also dissuade carrying out activities which can be covered within the exceptions to the copyright law as provided in Section 52. This is because the determination of whether the concerned activity falls under the exception or not will happen only at a later stage of trial. Until such determination takes place, the threat of being booked under a cognizable, non-bailable offence and thereby the possibility of serving jail time looms large. For instance, consider an individual who runs a photocopying shop in Delhi where they photocopy entirety of books for the aid of students of a nearby university. If a copyright infringement suit is filed against them invoking Section 63, then there is a high probability that they will not be held guilty for the same in light of the D.U. Photocopy judgment. However, until the court rules so, the individual can be potentially arrested and put behind bars without any fault of theirs.

Fourthly, even in context of trademarks, similar concerns persist. As the recent BigBasket-Daily Basket dispute indicates, big players regularly indulge in trademark bullying to drive smaller players out of the market or to make their business suffer. If such measures are resorted to, then legitimate trade mark owners also are exposed to the threats of being booked by a cognizable, non-bailable offence. A determination of whether there was indeed any infringement or not, or even whether the original mark itself is a generic mark and hence not protected, will only take place later during the trial. The situation is worsened by the absence of a consistent principle-based approach taken by Indian courts while dealing with issues such as likelihood of confusion. This further raises the possibility of harassment being suffered by legitimate trade mark owners.

Fifthly, it must be noted that both the legislations provide for differentiated punishment levels in that punishment of less than six months of imprisonment could also be imposed in adequate and special circumstances. The Copyright Act to this end, specifies that a precursor to this is that the “infringement has not been made for gain in the course of trade or business”. Hence, both the legislations envision that certain actions are at a lower level of culpability than others and should be treated liberally. This provision of lesser penalty, however, would become redundant if the offence is considered a cognizable, non-bailable one. This is because in such circumstances the process itself would be highly challenging and excruciating even if the final punishment awarded is minimal. This is because the alleged infringer would need to undergo unreasonable prison time at the whims of the police, thereby probably suffering more than what the punishment would have subjugated them to.

Finally, this has special implications for a country like India where the majority of the population is unaware of the functioning of intellectual property legislations. In such a scenario, if police is given unbridled power to arrest individuals without warrant and if bail for the same is made difficult, it could potentially be used as a weapon for harassment with no available remedy for the victims. The large extent of possible intellectual property violations in India and the lack of interpretive clarity on their defences just sets up a system where vulnerable groups can selectively be targeted. It could, thereby, become a mild version of sedition laws with even the private players with high social capital being able to unduly harass their critics.

The constant widening of the scope of criminal provisions concerning intellectual property rights poses significant challenges to the growth of both creativity and freedom of speech in the country. If this is coupled with making these offences as cognizable and non-bailable, it further entrenches the problems posed by this criminalisation. It raises additional questions about the shaky grounds on which criminalisation of intellectual property rights raises as possibly the harms sought to be reduced are countered by much higher harms that are caused by criminalisation in the first place. It is, thus, hoped that a shift towards decriminalisation of intellectual property offences takes place soon. Additionally, it is necessary that some certainty is provided in the interpretive exercise involving the classification of offences under the CrPC, particularly for those offences that do not strictly fall within the ambit of any of the prescribed categories.