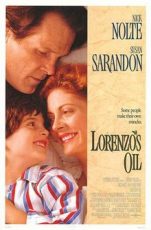 Lorenzo’s Oil, a fantastic 1992 movie on a child with a rare disease and the lengths his parents go to find a treatment for him – based on a true story.

Through a series of directions issued in an order on 23rd March, Justice Prathiba M. Singh of the Delhi High Court may have finally pushed into action what the Central Government has been sitting on for years with regards to patients suffering from ‘rare diseases’. The current order related to a batch of petitions that involved 12 children with Duchenne Muscular Dystrophy (DMD), 2 children with Hunter Syndrome, and 1 adult with Hippel-Linau Syndrome, and the declared inability of the state to cover their treatment costs. The order sets out three major directives, along with several supporting directives. The major ones include: a) requiring the government to finalize the long pending National Health Policy for Rare Diseases, b) setting up of a ‘National Consortium for Research and Development on therapeutics for Rare Diseases’, and c) setting up for a ‘Rare Diseases Committee’ which would manage and utilise a ‘Rare Disease Fund’. These are all quite striking directives, especially given the lack of useful movement in the rare disease policy space for a number of years now. From a policy perspective – these are also managing to aim at both the unique innovation concerns as well as the access concerns that come with rare diseases. Additionally, an earlier order (Jan 12th) in this set of petitions also recognised that right to health not just in case of life/death cases, but also for providing better quality of life!

Para 4: Considering the fact that `Right to Health and Healthcare‟ is a Fundamental Right which has been recognised by the Supreme Court to be a part of the `Right to life‟ under Article 21 of the Constitution, it is incumbent on society in general and authorities in particular to ensure that the life of such children is not compromised, even if there is a small window of improving their chances of survival or even providing a better quality of life

Before we get further into the recent order, let’s put the overall issue in some context.

Rare diseases are those diseases which affect a tiny percentage of the population. In India, this number is unofficially pegged at around 1 in 2500 people. (“unofficially” because there is no official policy). Many of them tend to be genetic in nature, and diseases like DMD and Hunter Syndrome result in progressive damage and degeneration. There are an estimated 450 rare diseases found in India. And it frequently takes years before a patient is even diagnosed effectively – after which palliative care is frequently one of the only options. Treatments for rare diseases, when they exist, tend to be priced exorbitantly and are frequently much beyond the means for any patient in India, with costs sometimes going into crores! This also means that most affected do not live past their childhood.

There are an estimated 70 million patients with rare diseases in India, though this number is also hard to pin due to the lack of good data collection in this regard. Despite the efforts of patient groups, there has been little concrete movement on the policy front with regard to how to handle rare diseases. Thomas had critiqued the inaction of the state in this post about 7 years ago and unfortunately the spirit of the critique still holds strong. Do also read that post for a bit more on why the pharmaceutical patent system is ill-equipped to incentivise making treatments for rare diseases. The short version is that when the market is so small, companies have no ‘incentive’ to invest into making treatments.

In 2017, a National Policy on Treatment for Rare Diseases was announced, following a 2016 Delhi High Court order that one be formulated. Even though the centre had declared in court that they had 100 crore for rare diseases – they later backtracked, saying that they were mistaken as they did not realise health was a state subject (!!), and that under the National Health Mission, they could not put together this type of a fund. After this incredible callousness, the policy was withdrawn in 2018, and a new draft policy finally re-appeared in January 2020. There has been no movement on the draft policy since then.

The courts however have tried pushing the ball a bit so far. In 2014, Justice Manmohan at the Delhi High Court had asked the state to provide a child the treatment for Gaucher disease (another rare disease) that cost Rs 6-7 lakhs per month, free of cost. Specifically he stated that this was a core obligation of the state – read more here. However, what happens when even the state declares that they can’t afford to pay for treatment? This is the question that came before the court in the present set of cases. The children with Duchenne Muscular Dystrophy (DMD), and with Hunter syndrome are each looking at treatment costs of INR 6 crores per year (!), and INR 72 lakhs per year respectively!

Coming back to the current case:

Sometime during the hearing, it was brought to the Court’s notice that Sarepta aside, there were other potential treatment avenues being pursued by ‘various organizations’. The court constituted a 9 member expert committee headed by Ms Renu Swarup of the Dept of Biotechnology, asking them to submit a report on (i) immediate treatment and therapy options for these and similarly situated patients, (ii) steps and timelines for indigenizing the development of therapies in India, (iii) whether accelerated approval processes can be taken for this, and (iv) immediate concrete proposals for crowdfunding the costs of treatment. The recommendations of this committee are set out in para 13 of the current order, and many of the directives seem to follow on from those recommendations.

First off, the Court has ordered that the National Policy for Rare Diseases be finalized by March 31st, 2021. Given that the next date of hearing is April 19th, 2021, it can reasonably be expected that the centre will be questioned if they fail to do this yet again.

It’s interesting to note that an earlier order from the Court (dated 12th January) had asked the Health Ministry to follow up with Sarepta Therapeutics, the manufacturers of a treatment for DMD, who claimed they had a patient assistance programme (PAPs) but was apparently not responding to earlier requests for assistance. Going by this order, it seems like there was some sort of response, but it’s unclear what exactly it may have been. Did the Govt not follow up? Did they fail to get a deal? Either way, one hopes that the Court checks on this in future hearings, especially as pharmaceutical companies often showcase their PAPs as justification for higher prices, even if there is little evidence to show these PAPs are operationalised at all as we’ve written in the past.

Nevertheless, in light of the State’s claimed inability to fund these exorbitant expenses, and the identification of other potential sources for treatment options, the Court had also asked that the Ministry of Health proceed with the proposed crowdfunding portal/mechanisms as mentioned in the 2020 draft policy. This too is to be finalised by 31st March, 2021. I’m a bit conflicted on the idea of the Government relying on crowdfunding to fund these types of expenses. The government also spends notoriously low amounts on public health – only about 1.3% of its GDP. And this hasn’t changed for at least 25 years, despite regular promises to double it (see chart in this post for more on that). I don’t know if it’s within the court’s purview to do anything more here – but from a policy perspective, this may give the government an ‘easy’ way out. Not to mention, the various other problems with this model. That being said – for at least the current batch of petitioners, this (crowdfunding) may be the only hope they have.

Importantly though, the Court also focused on the government having an allocation for rare diseases and not spending it. After having an estimated budget of over 200 crores for the last 3 years (estimates later revised down to 42.5 crores), only 7.2 crores were actually spent. (*to remind readers – these petitions reached the court after the govt said they don’t have money to fund these treatments!! Couldn’t they have at least spent their allocated budget before saying they don’t have money??). The Court directed that the unspent budget be shifted into the new ‘Rare Disease Fund’ which would be managed and utilised by All India Institute of Medical Sciences (AIIMS) directly. The crowdfunding platform is also to be linked to this account. The Court also gave instructions that applications from patients for use of these funds are to be handled within 4 weeks.

Given the usual bifurcation of ‘access’ from ‘innovation’, it was interesting to see that the Court tried to put in measures to address both sides of this issue. A ‘National Consortium for Research and Development on therapeutics for Rare Diseases’ was directed to be set up as a ‘nodal agency for supervising and monitoring the indigenization of treatments and therapies, manufacture of drugs, technology transfer, approvals, etc. for Rare Diseases’. The consortium is to consist of representatives from ‘DBT, ICMR, DST, CSIR, DCGI, and other related Ministries and Departments’, with the DBT and ICMR to take the lead. Personally, I would’ve been interested in seeing this effort merged into CSIR’s OSDD project – (see our posts on OSDD here) provided it receives the necessary attention, funding and support of course (since a lot of each of those will be needed regardless of which approach is taken). I assume here that more eyeballs, national and international, (through this type of an open approach) would be especially helpful given the complexity of these treatment possibilities, while also providing some hope to the millions of rare disease patients world over that the eventual treatment may be more reasonably priced as well.

Ideally of course, this should have come from the government, and not through a judicial order. And down that line of thought is whether there is clarity on how the to-be-declared policy would interact with this consortium. Here for example, the court has directed that the to be declared policy is to incorporate these directives. Nevertheless, this move to put in place mechanisms that not only look at short term access concerns, but also look to develop local treatment mechanisms is certainly a holistic way of approaching the issue. And getting the DBT, ICMR, CSIR etc directly onto it seems to be a strong way of ensuring that indigenized research in rare disease treatments actually moves forward.