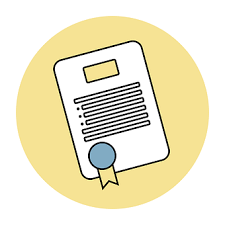 A recent post on blog already carries an analysis of the latest Supreme Court judgement in the case of  Engineering Analysis Centre of Excellence Private Limited v. The Commission of Income Tax and Anr. The judgment concerned the classification of payments under distribution agreements/end-user license agreements (EULA). The specific question was whether such payments amounted to “royalty” under Section 9(1)(vi) of the Indian Income Tax Act, 1961, thereby giving rise to income taxable in India for foreign residents.

After accounting for several provisions of the Copyright Act, 1957, the Court acknowledged the widely accepted notion that copyright in a work is distinct from a copy of the copyrighted work. The Court restated the general principle that “reproduction” and “use” are two different things; giving the right to “reproduce” may amount to transfer or license under Section 30 but not the right to “use”.  The Court concluded that what is purportedly called a “license” in the EULA is, in fact, a “sale of a physical object which contains an embedded computer programme” (paras 38, 57, 50, 52, 97).

This seems logical because, unlike Section 48 of the Patents Act, 1970, Section 14(a)-(b) of the Copyright Act 1957 does not concern itself with the exclusive right to “use” the work. Thus, granting someone the right to “use” a copyrighted work is not an exercise of copyright.

In my reading, the judgment leads to several interesting questions, ironies and puzzles. First, what purpose does the EULA then serve? From a 36,000-ft view-point, the typical EULAs considered in this judgment (extracted at para 44) grant the limited right to use the software and interdict (as opposed to permit) the end-users from making copies or reproductions of the software. The former is not an exercise of copyright. The latter is redundant because end-users making copies of the software (say for commercial distribution) could be sued for infringement under Section 14, read with Section 51 of the Copyright Act 1957. Simply put, do copyright owners in the software require a complicated EULA as far as rights are concerned? Would not a simple declaration declaring that this is not a license to copyright suffice? Of course, the EULAs may still be relevant for other commercial terms, warranties etc.

Second, presumably, a contractual restriction in the EULA preventing infringing activity may also give rise to a cause of action for breach-of-contract, independent from the statutory right of infringement. Perhaps this is valuable, perhaps not. Assuming this additional right is of some value, the source of this right could be relevant to appreciate. Given the Supreme Court’s decision that the transaction is a “sale” of goods, the EULA is an exercise of the right of the owner of the good (here, the object containing the software) to sell said goods, subject to conditions. But viewing this from a purely contractual/sale of goods lens raises a new question: is it possible for an owner in the “sale” transaction to impose conditions that derogate from such title transfer? A sale requires title transfer, which, in general terms, requires complete transfer of all incidents and benefits of ownership over what has been sold. There is no half-way in a title transfer. This would include destroying the product, taking-apart the goods, reverse engineering it or even making copies – they are all incidents of ownership. Of course, where the making of copies violates another law, such as the Copyright Act, 1957, the remedy lies there. However, the question I pose is this: is it logical to call something a “sale” where there are restrictions in the incidents and benefits of ownership? Or is it a case of lease or hiring? It is clearly implied from the judgment that the parties’ rights (qua the specific sold copy) would be governed under the Sale of Goods Act and/or Contract Act.

Third, the product may be covered by both patents and copyrights. Since “use” is expressly dealt with in Section 48 of the Patents Act, 1970, a EULA that purports to give permission to “use” the software product would then be a “license” under the Patents Act if not the Copyright Act. The question did not arise in this one case – but this implies that in future software cases, the tax authorities may start mapping patents with software products. This may seem hypothetical, but who knows what the future (or the unknown present) holds.

Fourth, and probably most importantly, most software today is being made available through online sales directly by the copyright owner– there is no object carrying the software being sold; it is not ‘canned’ in terms used by the Supreme Court in the past. What then? Even those are sold under EULAs carrying similar concepts – right to use the software in one or few machines, interdicting the users from making copies or use in other devices. By the very act of downloading, an end-user is creating a copy of the software on his/her machine. The ‘lawful copy’ in such cases is the copy of the software as downloaded under the EULA. This would be directly covered by Section 14(1)(b) of the Copyright Act, and the sale of the ‘copy’ through download would be an exercise of copyright. So, in my view, the conclusion would be different in such cases – I will not comment on the impact of this conclusion under the Income Tax Act, 1961.

In the above online model, suppose the copyright owner ‘sells’ the digital copy to a distributor, who sells it to an end-user? My answer does not change – it would still be an exercise of copyright under Section 14(1)(b) since the distributor is not giving away the copy in his possession as was the case in the physical sale model – but instead allowing the end-user to make his own copy on his hard-drive.