The contested design is represented below: 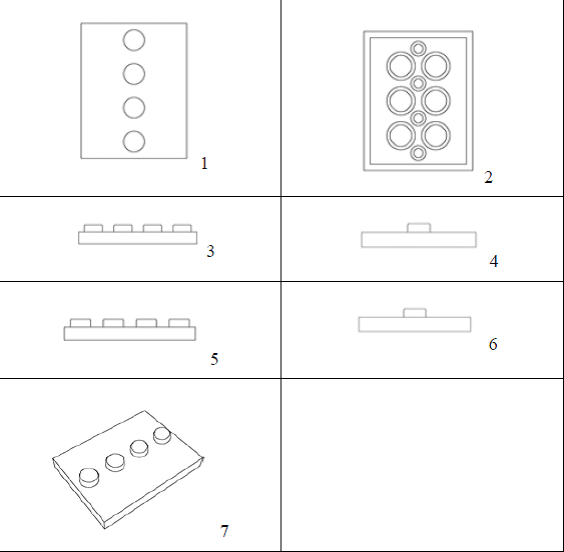 The fundamental issue before the General Court revolved around the recitals (10) and (11), and Article 8 (1)-(3) of the Council Regulation (EC) No. 6/2002 on Community Designs. Recital (10) restates the generally accepted principle that design registration should not be granted to features dictated solely by a technical function. Recital (11) presents an exception to this general rule in the context of mechanical fittings of modular products, which are acknowledged as “an important element of the innovative characteristics of modular products and present a major marketing asset”. This tension between recitals (10) and (11) seeps into Article 8 as well. Under Article 8(1), no design registration can subsist in features dictated solely by a technical function. Article 8(2) further states that no design registration can subsist in features that must necessarily be reproduced in their exact form and dimensions to permit the product to be mechanically connected to or placed in, around or against another product so that either product may perform its function. Article 8(3) overrides subclause (2) and holds that designs may nevertheless be granted in features allowing the multiple assembly or connection of mutually interchangeable products within a modular system.

The General Court further confirmed that in cases where a particular feature falls under both subclauses (1) and (2), the benefit of subclause (3) may be granted. The General Court determined that the Board of Appeals of the EU IPO erred in law in this case by not assessing whether the conditions in (3) of Article 8 applied or not, even though this was asserted as a defence by the proprietor.

The error, however, was the failure to identify the “smooth surface of the upper face of the product”, which was also held to be a feature of appearance. Noting that this was a cancellation proceeding, the General Court held that the burden of proof rests on the challenger to demonstrate that all the features of appearance of the product are solely dictated by technical function; it was not for the proprietor to prove that the “smooth surface” feature was not exclusively dictated by function. Although the EU IPO had argued in its appeal response that even this feature does not save the contested design, the General Court held that the Impugned Order itself did not record how and why this “smooth surface” feature was dictated solely by function (paras 105, 109 – 112).

In short, the decision to cancel Lego’s design was annulled/set aside because the Impugned Order failed to answer a legal defence (the Article 8(3) argument of the proprietor) and did not contain reasons with respect to one feature of the contested design.

The test in India is worded differently compared to Article 8(1), and Indian law contains no separate provision such as Article 8(3) in the EU law. Under Section 2(d) of the Designs Act, 2000, the feature, inter alia, must “appeal to and judge solely by the eye”. It is worded conversely to the EU law. In its plain meaning, this may not make a difference in cases where the feature is dictated solely by function. But where a feature of appearance is dictated by a technical function as well as visual appearance, the implication of the plain language in the statute may result in different consequences. But caselaw, in both the UK and in India, has made this a difference without a distinction. Lord Reid sitting in the House of Lords in AMP Incorporated v. Utilux (1972) had observed that this identical phrase in UK 1949 legislation was “intended to exclude cases where a customer might choose an article of that shape not because of its appearance but because he thought that the shape made it more useful to him”. As was subsequently understood by the Privy Council in Interlego v. Tyco, (1988) approved of this and further clarified that a mere “coincidence of eye-appeal with functional efficiency” will not confer protection under designs law. In Interlego, when applying this statutory criterion, the Privy Council examined “if there are any features of that overall design which are not solely dictated by the function which the article in that shape has to perform later”. In said Interlego case, evidence was led at trial to show that the makers/designers made deliberate choices in the visual appearance of the lego brick during its designing phase (pages 248-249). It was accordingly concluded that the bricks were capable of design protection because it has features not dictated solely by function.

Having borrowed the wording from English law, it is evident that we intended to borrow the jurisprudence as well. In fact, the aforesaid judgments in AMP Incorporated and Interlego have been cited and relied on in Indian cases as well (e.g. Carlsberg Breweries v. Som Distilleries (2017). Thus, despite the difference in statutory language, given the historical connection with UK jurisprudence, the position of law is the same in India. What this implies for a Lego-like situation in India is simple – if there is evidence to show that at least one feature of the lego block is dictated by visual appearances (excluding or alongside a technical function), so long as the visual appeal is not a mere coincidence to functional efficiency, the statutory criteria of “judged solely by the eye” would stand fulfilled.