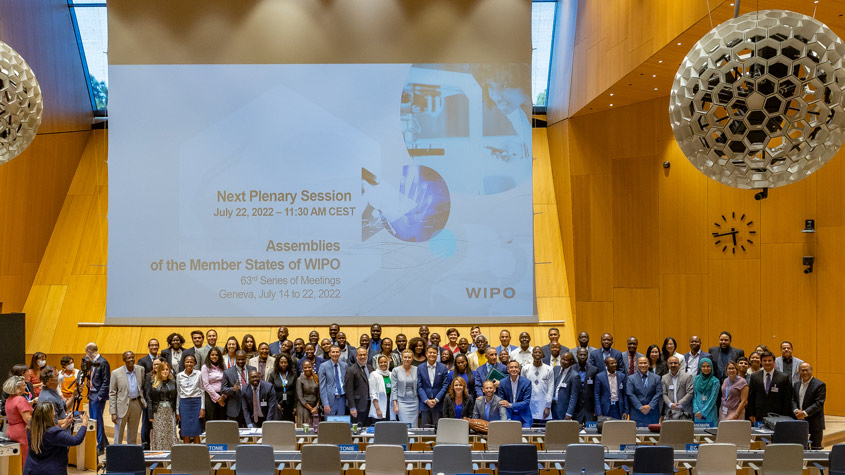 The WIPO General Assembly, on July 21, 2022, approved to move to diplomatic conferences for two proposed international agreements –  one, covering protection of designs and the other, on intellectual property (IP), genetic resources and traditional knowledge (TK) associated with genetic resources.

The proposed Design Law Treaty (DLT) seeks to streamline global systems for protection of designs. It aims to make cross-border acquisition and protection of design rights significantly easier for small-scale designers from low and middle income countries. The overall objective is to help designers obtain easier, faster and cheaper global protection for their designs.

The WIPO Standing Committee on the Law of Trademarks, Industrial Designs and Geographical Indications (SCT) started work on simplification of procedures for protection of designs in 2006. The work of the SCT has resulted in draft articles and regulations for a treaty. (2016 draft here)

The DLT has been styled as a ‘formalities treaty’ aimed at streamlining administrative processes. However, there have been diverging views on certain substantive issues e.g. Article 3 (contents of applications) and the related requirement to disclose source of traditional cultural expressions, traditional knowledge or biological / genetic resources used in the industrial design. (background see here)

This agreement aims at addressing intellectual property questions related to access to, use of and benefit-sharing in genetic resources, such as plants, animals and micro-organisms and associated TK. Disclosure of use of genetic resources and associated TK in patent applications is one main proposal of this instrument. Other ideas include more extensive use of traditional knowledge and genetic resource databases for patent examiners to avoid granting meritless patents. Since 2010, text-based negotiations on these topics have been on going in  the Intergovernmental Committee on Intellectual Property and Genetic Resources, Traditional Knowledge and Folklore (IGC).

As stated in the WIPO press release “Proponents for a new international legal instrument argue that it would harmonize diverse national systems, foster the sustainable development of indigenous and local communities, provide legal certainty and predictability for businesses, and improve the quality, effectiveness and transparency of the patent system.”

We have blogged extensively about our very own Indian ‘caped crusader’ – the Traditional Knowledge Database (TKDL), its attempts to nullify patents outside India, its utility, and legal and policy issues here and here. Also, the Indian Government has proposed amendments to the Biodiversity Act, 2002 in 2021 which will impact discussions around transfer of TK, acquisition of IP rights based on Indian biological resources / TK, benefit sharing etc.