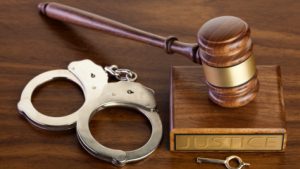 We’re pleased to bring to you another post by our intern, Bhavik Shukla, discussing whether the offence of copyright infringement under section 63 of the Copyright Act is cognizable or not. Through the post, he notes the impact of the classification of the offence on creativity and free speech. Bhavik is a 5th year student at NLIU, Bhopal.

Offence of Copyright Infringement Cognizable or Not? : Still a Catch 22 Situation!

Recently, in a decision which has evoked uncertainty, the Rajasthan High Court has referred the question concerning the classification of the offences under, inter alia, section 63 of the Copyright Act, 1957 (‘Copyright Act’) to a larger bench for resolution. Section 63 relates to the offence of infringement of copyright, and imposes a punishment ‘not less than six months but which may extend to three years’ along with a fine. The question of classification of the offence as cognizable or non-cognizable has been at the centre of debate since long, with several High Courts (‘HC’) across the country having engaged in a relentless oscillation over the two positions.

Dispute regarding the classification of the offence

The guidance for classification of an offence, irrespective of the Act prescribing the term of punishment, is derived from the Criminal Procedure Code, 1973 (‘CrPC’). Part II of the First Schedule divides punishments into three categories, covering the possible range of punishments: from nil to a death sentence. Such a division decides the classification of offences as ‘cognizable’ or ‘non-cognizable’. Essentially, a ‘cognizable offence’ is one for which a police officer may arrest without a warrant, while a ‘non-cognizable offence’ necessarily requires a police officer to have secured a warrant prior to the arrest of an accused. At the risk of over-simplification, non-cognizable offences have longer sentences as they are considered to be more serious offences.

Delhi HC sees the light at the end of the tunnel?

It seems the Delhi HC may have found a solution to the recurrent conflict of classification of section 63 of the Copyright Act through two of its recent decisions.

In NCT of Delhi v. Naresh Kumar Garg, the Delhi HC applied the Supreme Court’s (‘SC’) classification of an offence under the Customs Act, 1962 in Avinash Bhosale v. UoI, to section 63 of the Copyright Act. The application of such classification was made possible by the similar wording of the punishment term under the Customs Act, 1962, which read: ‘with imprisonment for a term which may extend to three years’. The application of the SC’s interpretation as a precedent by the Delhi HC has elevated it to the status of a gospel truth.

To such an extent is the position accorded to be a binding precedent that in the recent decision of Anurag Sanghi v. State, the Single Judge has followed the SC’s interpretation in spite of being in clear disagreement with it. The Single Judge was of the opinion that the offence under section 63 should be classified as cognizable, as the maximum term of punishment prescribed for it is 3 years. However, the Delhi HC followed the SC’s interpretation while observing: “Although, in Re: Avinash Bhosale, the Supreme Court has not indicated any reasons for its conclusion/observation; it had granted leave and its decision is binding on this Court.” Therefore, the will of the precedent prevailed and the offence was classified as non-cognizable.

Well, it is often joked that light at the end of the tunnel is actually light from an oncoming train. This fairly describes the situation which the Delhi HC has found itself in. It is true that the SC’s decision serves as the ‘law of the land’, thereby giving the Delhi HC little say in the matter. However, such regimented following of precedents without knowing the ‘reasoning’ of the higher courts sets a dangerous course for future decisions on the matter.

Rajasthan HC and its rendezvous with section 63

We had reported on the decision of the Rajasthan HC, where the Single Judge had held that the offence under section 63 of the Copyright Act is non-cognizable. This decision was arrived at in complete alignment with the decision of the erstwhile Andhra HC. Recently, the Rajasthan HC referred the decision of classification of the offences under section 63 of the Copyright Act and section 91(6)(a) of the Rajasthan Land Revenue Act, 1956 to a larger bench. Both these provisions contain an identical phraseology in respect of punishment: ‘which may extend to three years’, and hence their equation for purposes of interpretation (As many readers might know, most cases involving section 63 of the Copyright Act, derive their reasoning for classification from cases under other Acts). The need for a re-visit arose as the Court was of the opinion that its previous decision did not appear to be laying down a correct proposition of law.

In arriving at this conclusion, the Rajasthan HC observed with reference to section 91(6)(a) of the Rajasthan Land Revenue Act that the legislative intent was to make the offence covered by it a cognizable one, as it permitted an ‘investigation’ to be made. It was further noted that an investigation could only be made with respect to a cognizable offence, as only an inquiry is permissible into a non-cognizable offence. Accordingly, the Court observed that the classification of section 91(6)(a) as well as section 63 needed to be determined as cognizable or non-cognizable by a larger bench.

The reason for re-determination of classification of section 63 of the Copyright Act is not clearly adduced by the judgment. It merely makes a bare statement with respect to the correct position of law not being laid down. It might very well be that the inclination for re-visiting the classification of section 63 arrives from the wording of section 64 of the Copyright Act, which enables a ‘police officer, not below the rank of a sub-inspector’ to seize infringing works ‘without warrant’. In some sense, this provision may lead to the conclusion that the offence under section 63 is cognizable though the Delhi HC has rejected the argument.

It appears as if courts are currently navigating the muddy waters surrounding the issue of classification of the offence contained within section 63 of the Copyright Act. Regardless of the certainty introduced by the Delhi HC’s decisions on the subject-matter, its downsides persist. In that light, Rajasthan HC’s pursuit to discover a definite answer to the protracted conflict is a welcome move. However, it will serve all courts to bear in mind that the main purpose of copyright is to provide a fillip to creativity and original expressions. Determining the offence to be cognizable may lead to a chilling effect on free speech and expressions. This chilling effect may work in two ways: first, it may lead to creative endeavours being stifled before even embarking on them; and second, a punitive approach may serve a retributive purpose by deterring further creativity. Such a scenario is readily fathomable in respect of the ‘scapegoats’ of digital content: memes and parodies. The fear of an arrest coupled with the non-bailable nature of such arrest may certainly sound a death knell for most creators. A related concern is the uncertainty that follows when a work is similar to a prior work but does not constitute its reproduction. Will the creator be arrested merely on the basis of an allegation made by a copyright owner? What if the act of copying does not actually constitute an offence on further prosecution? Such decisions should appropriately be taken by the courts, and classifying the offence under section 63 as cognizable may end up giving unbridled powers to the police. It can only be hoped that the judiciary pays heed to the purpose of the Copyright Act as much as it does to its language, to ensure that creativity is not stifled.

Thanks to Kruttika Vijay for her helpful inputs on this post!