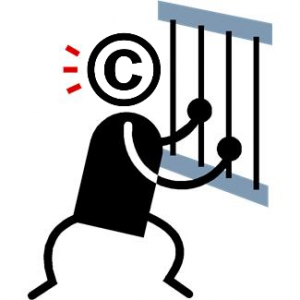 In Deshraj v. State of Rajasthan, the Rajasthan High Court held that the police does need a warrant to take action against a person accused of copyright infringement, since it is a ‘non cognizable’ offence.

It has, however, only added to one side of a  seemingly dichotomous, age-old debate: Is copyright infringement a non-cognizable offence or a cognizable one? In simple language, does the police require a warrant to proceed against an accused infringer, or can they act  without one?

The Indian Copyright Act, 1957 contains eight sections that makes copyright infringement a criminal offence; Section 63, 63B, 68A and Sections 65, 65A, 65B, 67 and 68, each carrying sentences of varying lengths and fine amounts. They can be captured in a table-

The question of the nature of these punishments, however, is not a matter covered by the Copyright Act, but by the Criminal Procedure Code, 1973 (CrPC) which spells out in its Ist Schedule, Part II-

Reading both the tables together, it becomes clear that though the second group of Sections 65, 65A, 65B, 67 and 68 fits perfectly in Category III, the first group doesn’t squarely fall into any category. While the second group has maximum prison sentences comfortably below the 3-year threshold, the first group occupies the uneasy space between Category II and III offences, which is now a fertile field for contradictory High Court decisions

The latter High Courts and endorsers of a similar view  believe that making copyright infringement a cognizable offence will help crack down on piracy, while the endorsers of the former view are anxious (rightfully so) that this can stifle creativity, innovation and access to information.

In the context of these anxieties and a farrago of judgments, it becomes essential to analyze the reasoning given by the Rajasthan High Court in Deshraj for some clarity on the nature of the offence.

The petitioner moved the Rajasthan High Court to quash the FIR lodged against him for offences punishable under Sections 63, 63B and 65. His principal argument rested on the argument that the offence under relevant sections was a non-cognizable one, and hence an FIR registered without the judicial magistrate’s order was liable to be quashed. The determination of the nature of the offence was the central issue.

The Court relied primarily on the reasoning given in two cases: Rajeev Chaudhary v. N.C.T of Delhi  decided by the Supreme Court and Amarnath Vyas v. State of A.P, decided by the Andhra Pradesh High Court. In the Rajeev Chaudhary case, the SC, while discussing the offence of extortion, differentiated between the expressions ‘not less than 10 years’ and ‘may extend to ten years’; it held-

This approach was upheld in the Amarnath Vyas case, where the AP High Court applied this reasoning to conclude that offences under Sections 63, 63B and 65 were non-cognizable. It differentiated between a sentence that ‘may extend to three years’ (as prescribed in the relevant Sections) from one that is punishable with imprisonment for ‘3 years and upwards’ (as required by the CrPC), holding that they cannot be equated; making the offence a part of Category III, and hence, non-cognizable. It held-

“In the view of the Apex Court, imprisonment for a term, which may extend to ten years cannot be construed as similar to the sentence of ten years or more”  and;

The AP High Court had rejected the cases decided by the Assam High Court  and the Kerala High Court on this point, holding that they did not keep the decision of the Supreme Court in mind. Though Rajeev Chaudhary was cited in the judgment of the Assam High Court, its precedential value was dismissed without any explanation or examination.

It further rejected the presumption that offences which do not fall squarely in Category III, necessarily belong to Category II. Any such presumption runs contrary to the rule of interpretation of criminal statutes: that they must be read strictly. The Rajasthan High Court reiterated this forcefully-

The Court, quoting these judgments extensively, arrived at the conclusion that the offence in question is a non-cognizable, bailable offence and quashed the FIR.

This is, as stated above, a welcome judgment; especially for those who believe that making copyright infringement a cognizable offence can act like a gag of sorts, and sacrifice access to information and negatively affect creative endeavors. The intersections of copyright law and free speech have been covered extensively by us in the past, like here and here becoming especially relevant in the ‘digital era’, where censorship often takes the shape of copyright infringement claims. In such a context, any pronouncement holding the opposite only increases the vulnerability of those being censored or discouraged from producing new content (like satires) through infringement claims. The possibility of being arrested under a cognizable, non-bailable offence at a time where an infringement claim is a ‘multi-purpose’ tool can also produce a chilling effect at a worrying level. In this situation Deshraj is a step in the right direction, away from un-warranted arrests of speech and expression.