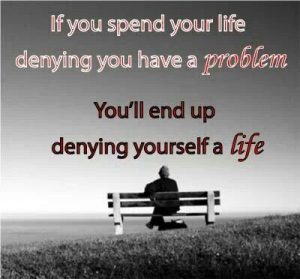 Last week, Arun responded to my piece to shut down the IPAB and shift back its functions to the High Courts. I am not surprised – Arun’s firm makes a healthy living by filing matters before the IPAB. I have been speaking to several other people on this issue including former Chairperson of the IPAB, Justice Prabha Sridevan who was kind enough to point me to an opinion piece she wrote many years ago in the Hindu calling for the scrapping of the IPAB. She informed me that her viewpoint remains unchanged and that the IPAB should be shut down and its functions shifted back to the High Court. Similarly, from my conversations with IP lawyers, it appears that the first generation of IP lawyers, who are looking to make their mark in the profession, are also the ones who are more in favour of scrapping the IPAB and shifting its functions back to the High Courts. IP lawyers from Bombay are especially in favour of doing away with the IPAB because it rarely holds circuit hearings in Bombay making the tribunal a wholly Delhi and Chennai affair.

Difference in perceptions apart, I have to respond to the several factual and logical fallacies in Arun’s piece.

Let us begin with Arun’s claims that the IPAB is not very different in terms of quality, when contrasted to the High Court. He conveniently does not engage with the number of issues we pointed out in our earlier post on the quality of appointments with technical members, especially the poor scrutiny of qualifications of Syed Obaidur Rahaman and Sanjeev Chaswal. He also does not engage with the examples of judgments written by these technical members where they simply skipped the basics of evidence law. Arun’s single point of reference appears to be his personal experience and the fact that the IPAB engaged with Section 3(d) issues first in the Novartis case. In reality, the IPAB mucked up the Novartis case on an epic scale. Has Arun forgotten how the IPAB declared that the Glivec patent could be revoked on the basis of Section 3(b) of the Patents Acts because high prices caused by patents would cause riots and that would go against the public order exception? Shamnad had criticized that line of reasoning in the following words: “This is plain ridiculous! There is nothing in the patents act to support such a reading. As we’ve been stressing on this blog, one ought to draw a distinction between the grant of a patent and the subsequent use/abuse of a patent.”

Coming to Arun’s rather pedestrian allegation that we criticised Justice Manmohan Singh’s judgments because we do not like the outcomes in his cases, I must presume that either he trying to earn brownie points from a judge who continues to be a Chairperson of the IPAB till September or that he has not been following SpicyIP very closely. I have written extensively on this blog, on the several appalling errors in the legal reasoning offered by Justice Manmohan Singh’s judgments. For most part, this blog focuses on legal reasoning in judgments and not outcomes.

On the point of the facilities available to the IPAB – where Arun has alleged that we incorrectly claim that the IPAB has ramshackle facilities, let me refer you to Justice Prabha Sridevan’s report filed with the Madras High Court in 2011 – in her report at paragraph 12 and page 4, she clearly outlined the infrastructural constraints faced by the IPAB. Post that report, the government filed an affidavit promising a new building with state of the art facilities. Nine years later the IPAB continues to function from the same premises, with a few minor renovations. As for the Delhi office of the IPAB – it operates out of a ramshackle government building that pales in comparison to the new building at the Delhi High Court which has been knick-named ‘T3’, after the swanky Terminal 3 of the Delhi International Airport.

Last but not the least, coming to the thrust of Arun’s argument that it makes no sense to shut down the IPAB and send its matters back to the High Courts because it is retired High Court judges who are appointed as the Chairpersons of the IPAB. The obvious point that Arun misses is that unlike the IPAB, the High Court does not have these ‘technical members’ and more importantly, will always have judges sitting on rotation – there will never be a situation where the High Court is non-functional for years together (like the IPAB) because of a lack of appointments. More importantly because there is a rotation of judges on different rosters at a High Court, there is no question of a sub-standard judge hearing IP matters for years together.

In any event, I do intend to petition the DPIIT to shut down the IPAB and transfer its functions back to the High Courts. I will publish a version of the petition on SpicyIP for comments and endorsements before sending it to the government.