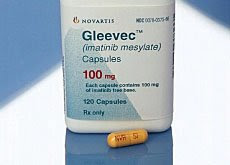 The IPAB (Intellectual Property Appellate Board) just ruled that Novartis’s patent application covering Glivec (beta crystalline version of Imatinib Mesylate) is not patentable, since it fails to satisfy the requirements under section 3(d) of the Indian patents act. This section requires that in order to be patentable, a pharmaceutical derivative must demonstrate significantly enhanced “efficacy” over and above the prior known molecule.
And more controversially, the IPAB held against the grant of a patent, since Glivec costs Rs 120,000, a price that the IPAB found to be way beyond the reach of the common man! This must be first time that any country has denied a patent itself on the ground of “excessive price”.For those of you interested in an overview of this case, see our article (the first couple of pages lists out the facts in the Novartis case). See also our previous posts on this theme.

The decision by a panel consisting of ZS Negi (sitting as Chairman) and Dr PC Chakraborti (sitting as technical member) dated 26th June, 2009 is almost 200 pages long! But here are the quick highlights from my quick reading of this decision:

1. The IPAB held that while the claim covering the beta crystalline (BC) version of IM (Imatinib Mesylate) is both novel and inventive, it fails the test under section 3(d), which requires a demonstration of “significantly enhanced efficacy”.

Comment: In an article, we’ve defended the TRIPS compatibility of section 3(d) on the grounds that it is nothing more than a refined non obviousness standard that applies to pharmaceutical inventions.

However, I’m not entirely sure if this explicit holding by the IPAB that section 3(d) presents a standard over and above “inventive step” now opens the doors to TRIPS violation claims? The IPAB of course notes at several parts that section 3(d) is a heightened inventive step standard. Nonetheless it fails to reconcile this finding with its finding that the BC version of IM is inventive, and yet fails under section 3(d).

In order to appreciate the above point, let me lay out again the various steps that underlie the alleged “Glivec” invention:

i) Synthesizing imatinib as its free base, a compound that was patented in the US, EU and several other countries in or around 1993. However, this could not be patented in India, owing to the fact that in 1993, India did not provide product patents for pharmaceutical substances.

ii) Converting the free base to a particular salt form, imatinib mesylate, by adding methanesulfonic acid.

iii) Crystallising the imatinib mesylate to obtain the beta crystalline form, which is allegedly the most stable polymorphic form of the salt. A patent application was filed for this in India in 1999 and it is this application that is the subject matter of dispute.

iv) Formulating the beta crystalline form of imatinib mesylate into a pharmaceutically useful drug, Glivec, which was granted regulatory approval in 2001.

2. The IPAB held that the only kind of efficacy that would satisfy section 3(d) is therapeutic efficacy. Novartis’s BC version may possess improved bioavailability, thermodynamic stability, improved flow properties and lower hygroscopicity, but this does not amount to an increase in “therapeutic efficacy”.

Comment: In previous articles, I’ve opined that “efficacy” under section 3(d) does not necessarily have to mean “therapeutic” efficacy. This interpretation is likely to stay till such time as a court of law overrules it. This restrictive interpretation also explains the apparent incongruence of the IPAB in finding in favour of “inventive step” but against compliance with section 3(d). Had section 3(d) been interpreted to mean any kind of advantage, then perhaps one might have found a better congruence between the “inventive step” standard and the section 3(d) standard. And this might have also bought the Indian section very close to the “unexpected properties” standard articulated in the US and EU.

3. Section 3(d) embodies a high level of scrutiny and owing to this, patents granted in other countries may not be granted to India. Therefore the fact that Glivec has been patented in 35 other countries is not a relevant factor when considering the patentability or otherwise of Glivec in India.

4. In perhaps what will turn out to be the most controversial part of its decision, the IPAB notes that any patent granted over Gleevec is likely to cause “public disorder”!

It elucidates by stating that since Gleevec costs Rs 120,000 per month per patient, it is far too high a price for the common man. Therefore any patent granted to support such a high monopoly price would be against public order and can be denied a patent under section 3(b). This section notes in pertinent part that patents cannot be granted to “an invention the primary or intended use or commercial exploitation of which could be contrary to public order or morality or which causes serious prejudice to human, animal or plant life or health or to the environment”.

Comment: This is plain ridiculous! There is nothing in the patents act to support such a reading. As we’ve been stressing on this blog, one ought to draw a distinction between the grant of a patent and the subsequent use/abuse of a patent.

The grant or otherwise of a patent ought to be dicated by strict “patentability” criteria alone: does the invention represent a good enough technical/scientific advance to merit a 20 year monopoly? The fact that the patentee charges or may charge a high price cannot be used to deny the grant of a patent.

Once the patent has been granted, the use or abuse of a patent can be regulated. And to this extent, one can reduce the scope of the patent monopoly through compulsory licensing, price control etc.

If a country does use the “price” yardstick to assess the patentability or otherwise of an invention, it will most likely fall foul of TRIPS as well. Further, TRIPS would seem to suggest that inventions can be excluded from public ordre or morality, only when products (drugs) embodying such inventions are banned from the country altogether. Thus, unless India bans the sale of Glivec, it cannot exclude a patent covering it on the grounds of public ordre or morality.

Of course, this bit of the IPAB decision may be simply treated as “obiter”, since the IPAB had anyway denied a patent on the grounds of section 3(d).

5. The IPAB held that Novartis cannot add material to support the patentability of its invention. Rather, it can only rely on material supplied as on the date of applying for the patent.

Comment: This appears unduly harsh, given the fact that a number of these applications were filed as “mailbox” applications prior to the introduction of section 3(d) in 2005. Consequently, applicants were not expected to know that in 2005, they would be faced with having to demonstrate “increased efficacy” as well. Under the IPAB’s own ruling here, the invention meets the “inventive step” criteria, but fails under section 3(d). Since applicants did not know of this standard at the date of filing, shouldn’t they be permitted to submit evidence documenting increased efficacy (if at all they can adduce such evidence)?

In fact, introducing an allegedly new standard (section 3(d)) at a later date and insisting that such standard be complied with retrospectively may thwart the very promise of protecting mailbox applications under TRIPS. This could in turn attract a potential WTO complaint. Again, this is but a tentative thought: so I welcome a discussion from readers on this aspect.

From the above, it would appear that the reasoning of the IPAB is flawed in some aspects. However, does this impact their final conclusion that Novartis ought not to get the patent? The answer is unclear. But here are a few thoughts for consideration:

If IM is indeed “known” from the ’93 patent application covering the Imatinib free base, the key question would be: would a skilled person have found it obvious to get from IM to the BC version of IM? Or would the skilled person have been likely to pursue another polymorphic form or derivative? The IPAB holds that the skilled person might not have been motivated to get to the BC version specifically. However, their reasoning on this account is not completely convincing. Particularly in the light of expert evidence submitted by IICT (on behalf of the opponents) that when preparing IM, one would inevitably get the BC cystals. The IPAB rightly concluded that the “inevitability” of always getting to the BC version was in doubt since there could be other processes by which one could make the BC version of IM (and not just the process used by IICT).

However, the fact that when some processes are used, one does get to the BC version should itself suggest that a skilled person may have been likely to get to the BC form when experimenting with IM. The court also suggests that Novartis may be entitled to a selection patent on this count. Here again, I’m not entirely convinced. But this post will have to wait for another day.

ps: I want to really thank Sandeep Rathod for bringing this decision to my attention. He has been a great friend of SpicyIP and has referred innumerable nuggets of valuable information to us.