We’re pleased to bring to you a guest post by one of our interns, Gaurangi Kapoor, on the inaccessibility of orders and other resources post the takedown of the IPAB website. Gaurangi completed her LLM in IP and Technology law from Jindal Global Law School in 2022. Her current areas of interest are copyright, design and artificial intelligence.

Gone with the wind: Where to find the repository of IPAB orders? 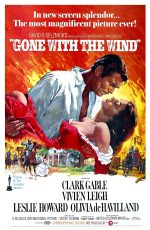 Recently a criminal contempt proceeding has been initiated against a party that produced a fake IPAB order in the Delhi High Court. While this certainly does highlight the audacity and “creativity” of parties to interfere with the administration of law to get an order in its favour, this post aims to show how this case also highlights some unanswered questions which emerge from the abolishment of IPAB.

In a recent update from livelaw, the defendants in the case of AB Mauri India Pvt Ltd v. Vicky Aggarwal and Ors, had handed over a compilation of documents to the Delhi High Court which contained an order alleged to have been passed by the IPAB. After the plaintiff’s counsel questioned the authenticity of the order and requested an investigation for filing fabricated documents, an inquiry was ordered by the Court. The report submitted by the Registrar (Vigilance) in response to the inquiry stated that the order dated 02.03.2016 in OA/2903/16/TM/DEL was never passed by IPAB. Consequently, the Delhi High Court initiated a contempt proceeding against the defendant for interfering and obstructing the judicial proceedings and administration of law.

Our long term readers will recall SpicyIP’s tryst with accessibility of information from the IPAB, which is well documented throughout the blog (see here, here, here, here and here). And with the dissolution of IPAB, the government also shut down their website. However, in doing so, perhaps, it was not realised that the website was the only publicly available official source and repository of orders, guidelines, proceedings etc. passed by the IPAB.

A great example of a repository of judicial cases in India is eCourts. It is a well maintained portal for access to basic case related services and covers the Supreme Court, high courts and district courts (see here, here, here and here). Most of the tribunals have their own websites but currently there is no centralised system for them. The mission of the eCourt project is to “make the judicial delivery system affordable, accessible, cost effective, predictable, reliable, and transparent”. How come the tribunals did not make it into the “judicial delivery system”? If they were included within the eCourts Project or a similar initiative had taken place for the tribunals, the official records of IPAB orders would still be available despite the inaccessibility of the IPAB website. But unfortunately, that’s not the case anymore.

Currently, there are paid databases which may have a copy of the resources that were once available on the official IPAB website (though we are told that even these do not have all the cases). But even if these databases do hold a record of valuable information, not everyone is fortunate enough to be able to afford the exorbitant subscription charges to access these databases (subscription charges of a few databases can be seen here and here). It is pertinent to note that earlier anyone could have access to the IPAB orders from the official repository available on its website without having to pay a penny and could have easily challenged a fake order alleged to have been passed by the IPAB. Apart from the paid databases, SpicyIP has a repository of relevant information published by the IPAB that is publicly available (see here). However, this repository does not have information beyond April 2021. And needless to say, even though it was downloaded ‘as is’, it cannot be considered an official source. Consequently, there is no platform that maintains a complete repository of all the orders and information published by the IPAB, which is nothing short of a tragedy as the entire corpus of judicial pronouncements and other resources dealing with a technical and evolving field like IP, which was once there, is now missing!

After the passing of the Tribunals Reforms Act, 2021 (Act), the cases are to be handed over to the High Courts (see here). Hence, parties might still want to refer to IPAB orders for their ongoing cases. It is also highlighted that the IPAB had laid down several guidelines via cases and passed valuable judgements. Certain examples can be accessed from here. Before the passing of the Act, these judgments and orders held precedential value. The validity of the orders likely still hold, since the Act does not state otherwise and cases have only been transferred to the high courts. But if nothing is done to bring back the repository of the notifications, guidelines and orders passed by the IPAB, then certainly we are going to lose them and their value eventually. For now, official or unofficial, the Delhi High Court’s investigation must’ve relied on some source material. Perhaps at least they can both, make known their source, as well as make available the copies of these orders?