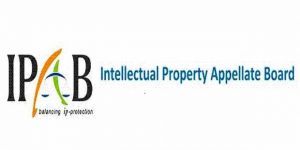 I had read Prashant and Prannv’s post, and wanted to explain why scuttling the IPAB is not the fix for bureaucratic red-tapism, of which the IPAB has been a rather targeted victim.

Needless to state there have been intermittent delays in appointing chairpersons and members to the IPAB. This was especially manifested in the appointment of the last two chairpersons. The cause of this delay cannot obviously be thrust on the Tribunal itself, which is subject to the vagaries of the Government for appointments. The shortfall in filling up judicial vacancies certainly haunts even our High Courts and the Supreme Court. This gets aggravated in the case of Tribunals, due to the prerogative of the Government in appointments. It would be futile to reiterate where the fault lies.

Prashant and Prannv’s post also comments on the quality of appointments. It has to be remembered that almost without exception, the appointments of Chairpersons have been of former Judges of the High Court with exposure to commercial laws. To criticize these appointments, and then to state that these cases must be sent back to the High Courts is in my view highly contradictory. For instance, the present Chairperson Mr. Manmohan Singh was an active practitioner of intellectual property laws, and had also passed several IP judgments sitting in the Delhi High Court. It seems rather truculent to criticize caliber, when judges in an adversarial system have to come to conclusions that will always be disagreed with by some. One’s disagreement with the conclusion does not necessarily correlate to the quality of the underlying rationale. I have in my various appearances before the Tribunal found no difference between appearing before the High Court and appearing before the Chairperson, either in the quality of queries or consequent judgments. This is best demonstrated in the judgment of the IPAB in the Novartis case, which touched upon the section 3(d) issue well prior to the Supreme Court diving into it. The laurels of course, were heaped on the Apex Court.

In my experience, if nothing else, not having to explain sections and well-accepted case laws, allows practitioners to launch straightaway into the facts and the accompanying principles. This is considerably more effective when dealing with complex commercial litigation such as patent revocations. As for the issue of standards in appointing members, the Madras High Court has already passed a detailed order on the same in 2015 itself, and yet again we know where the fault for not filling vacancies lies. The delay in appointments does of course jeopardize the statutory framework, but there remain significant workarounds. For instance, under the Patents Act, even if a challenge before the IPAB is pending, the invalidity of the patent is also a defence, which calls on the courts to independently examine the patent without any presumption of validity whatsoever. Even section 31 of the Trademarks Act stands considerably diluted today and the validity of several trademarks have been assaulted in numerous interim injunction applications. Transferring matters to the High Courts is only an illusory panacea. The Commercial Courts Act mandates that matters be finally disposed off within a year, which is even to the most cheerful optimist a pipe dream. The transferring of matters to the High Courts is not necessarily going to bring about disposal, and would add to an already clogged pipeline. A far easier fix is to strive for quicker appointments and better stakeholder involvement in the IPAB, which requires only some elbow grease and bureaucratic determination. Tribunals are designed for easier, cheaper and expert disposal, and the IPAB with a hybrid of judicial persons and technical members adjudicating, is conceptually rather sound.  The IPAB also sees the active participation of lawyers apart from “court” counsels, who find the scheduling and procedures to be far less daunting. Anyone who has filed a rectification in the IPAB would affirm that the effort therein is a fraction of the effort expended in filing a suit in any High Court.

The comment on the “ramshackle” facilities in Prashant and Prannv’s post is bluntly put, incorrect. The principal bench in Chennai is a fully functional space, with well equipped court rooms, and a rather comfortable lounge to wait in. The Delhi bench, which is much newer, is also fully functional and convenient, both in terms of location and facilities. The Intellectual Property Association of South India (IPASI- of which the author is a member) has recently put efforts culminating in the confirmation of a state-of–the-art facility spanning nearly 20,000 square feet in the immediate proximity of the Madras High Court, for reviving the IPAB with gusto.

The absence of effort is quite glaringly only in the appointments, which brings me to my pet grouse. The IPAB is amongst the few central tribunals headquartered outside of Delhi, espousing the decentralization of judicial bodies. The physical distance from our national capital, is of course negated considerably by the various circuit bench sittings, and the flexibility to establish permanent benches where required, as is the case in Delhi. The physical distance obviously cannot translate into detachment in appointments, and certainly does not call for scrapping an institution that definitely has had its fair share of fine moments. There is presently a petition pending before the Supreme Court, which calls for the appointment of a chairperson and members, in which IPASI has intervened and sought for expedited appointments. Despite all manners of stringent strictures to get along with these appointments from our courts, the matter of appointments has fallen on deaf ears. There are already numerous representations before the Government by counsels across India beseeching them to hasten appointments, and asking at this stage to scrap the IPAB is to throw the baby with the bathwater.