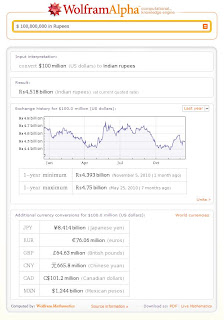 Shamnad had recently discussed the presentation of the report of the standing committee to both houses of the Parliament on the Indian version of the Bayh Dole Act.  Recent case law in the U.S. suggests that the clause 20 of “The protection and utilization of public funded intellectual property bill, 2008”, hereafter “The bill,” may need “more teeth” for effective implementation.  The teeth may either come in the form of a direct clause or in the rules.
The case of interest here is St. John’s University v. Bolton, where a Federal Court affirmed the bid by a university to bring suit against a former professor and his star student on the grounds of fraud and breach of contract claims. The university alleged in its complaint that the professor and the student had secretly patented research done at the university and collected more than  $100,000,000 in patent licensing fees.
The bill provides for a recovery of the total amount of the grant and with interest and barring the recipient from future grants in case of a breach.  See clause 20, The bill.
I do not believe that a direct fraud provision in the act would encourage a purpose of The bill – encourage innovation.  However, a provision empowering universities or any entity that disbursed the funds to recover the entire proceeds (less the minimum due to the inventors) may prove to be useful.
When reading cases like the one discussed above, do you feel that a specific ‘fraud provision’ needs to be included, or whether a clause in the rules for implementing the bill will suffice?