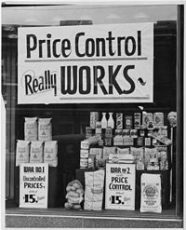 In 2017, when India introduced price controls on coronary stents, the United States Trade Representative (USTR) had requested the Prime Minister to not extend price controls to additional medical devices. When India refused to heed to the request, amongst other things, the National Trade Estimate Report on Foreign Trade Barriers reported the measure of price capping to be without a sense of differentiation between newer and older products (here, p. 235), India’s eligibility for US’ Generalized System of Preferences (GSP) was reviewed and the policy measure was flagged out to be “very troubling”. The coronary stent episode was just one of the many instances that indicate the US policy standpoint on drug price control: price controls are generally a giant red flag.

So naturally, the possibility of drug price control measures being introduced in the US comes as a surprise, even though the matter has been brought to attention quite a few times in the recent past by the previous Trump administration.

The ‘Executive Order on Promoting Competition in the American Economy’ (the “Order”) passed by the Biden administration on 9th July 2021 reads, “Americans are paying too much for prescription drugs and healthcare services — far more than the prices paid in other countries.” The concerns identified in the Order include inadequate and expensive healthcare options and the misuse of patent and related laws to inhibit or delay competition from generic drugs. To tackle the same, the Biden administration has decided to “support aggressive legislative reforms” to bring down the prices of prescription drugs. The Order also makes clear its intention to prevent the extension of anticompetitive practices beyond the scope of patent protection and to review the intersection of intellectual property and antitrust laws, if necessary (Sec. 5 (d) of the Order). With the passing of the Order, the Secretary of Health and Human Services is tasked with creating “a plan to continue the effort to combat excessive pricing of prescription drugs”, and to “lower the prices of and improve access to prescription drugs.”

Price Controls in the US

The policy of each new administration to bring in price controls for prescription drugs follows a predictable pattern. This Order too advocates the bringing in of legislative reforms to tackle high prescription drug prices, increasing scrutiny of anticompetitive agreements, promoting generic alternatives, importing drugs, and supporting market-entry of lower-cost generics and biosimilars. While the efforts are aimed at increasing competition in the pharmaceutical sector, the Order repeatedly points out the high prices paid by American consumers for health care. A narrative that has been fairly prominent in this space is that because Americans continue to pay high prices, they are subsidizing the R&D costs for the rest of the world, where drug prices are much lower when compared to the US.

As per the directions of the Order, the ‘Comprehensive Plan for Addressing High Drug Prices’ (the “Plan”) was submitted by the Health and Human Services Secretary. The Plan states three guiding principles to be the focus of its drug pricing reforms: 1) it focuses on making drug prices affordable and equitable; 2) it aims to improve and promote competition in the prescription drug industry; and 3) it aims to foster scientific innovation for better health care. In an all-encompassing suggestion for legislative action, the Plan recommends legislative policies for drug price negotiations with manufacturers, slowing price increases over time on existing drugs, shortening patent exclusivity periods, and a prohibition on “pay-for-delay” agreements (agreements where brand manufacturers pay generic competitors not to enter the market).

The Plan also suggests reducing regulatory barriers for the approval of new pharmaceutical products, especially biosimilars and generics in order to prevent monopolies over drug formulations. Patent thickets are also discussed in the Plan with the issue of patent extension being drawn out as a cause for concern. It is reported that between 2005 to 2015, more than 70% of the 100 best-selling drugs received at least one patent term extension (here, pg. 10).

Big Pharma in the Way of Reforms?

Such a policy reform that directly takes on big pharma is bound to face a very strong reaction. Pharma companies have already spoken out against the Order saying that such an action would hurt R&D and that high prescription prices are necessary for innovation. Lobbying campaigns are already on the way to stall any significant reform that would arise from the Order. PhRMA, the Biotechnology Innovation Organization, and pharmaceutical companies such as Sanofi, Bristol Myers Squibb, and Merck are already lobbying against the Bayh-Dole Act which would give the US administration march-in rights to address drug pricing.

The US administration’s reference to lower drug prices in similarly situated countries as a point of evidence for bringing down domestic drug prices is hypocritical given their history of admonishing price control measures in developing countries. At multiple points in the past decades as the trade relations between India and the US have grown manifold, the US administration has taken exception to price controls and the move to cap drug prices has been a point of showdown between the two countries.

The Special 301 Report has been used by the US administration as an effective and coercive mechanism to make trading partner countries align their domestic policies with that of what works best for the US. The Special 301 Report prepared by the US Congress captures IP issues in trade, and India has consistently made it to the priority watch list of the Report due to various stumbling blocks including the existence of an IP framework that is not to the satisfaction of the US government, difficulties in the patent grant process, software piracy and inadequate incentives in the copyright policies.

Given that the US administration is using a tone similar to that of the Indian government whenever it has adopted price controls for pharma products, it needs to be seen what actual policy and legislative measures (including H. R. 3 or the Elijah E. Cummings Lower Drug Costs Now Act, which allows price negotiations with brand-name drug makers) come to fruition based on the Order and the Plan, as the immediate prospects of it remain unclear.