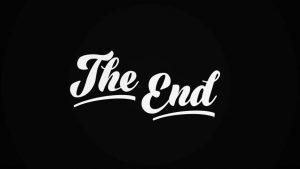 Reuters recently reported that the Government of India has “axed” the royalties that over 45 Indian seed companies had to pay Bayer (which acquired Monsanto) under IP licensing agreements which have been the centre of a massive legal dispute between Monsanto (before its acquisition by Bayer) and Nuziveedu (one of India’s biggest seed companies) for the last five years. For years, the Bt licensing agreements have earned Monsanto a fortune. While I don’t have the figures readily at hand, a Form 27 for one of the patents covering this technology that I had accessed a few years ago had revealed that Monsanto earned Rs. 650 crores off a single patent, in year.

The axing of royalties has been directed by the Central Government under its Cotton Seed Price (Control) Order, 2015 which is issued under the Essential Commodities Act, 1955 to control not only the retail price of cotton seeds sold by Indian licensing companies, nationally, but also the “trait fee”, which is basically the licensing fee that was payable by around 45 Indian seed companies to Monsanto before it was acquired by Bayer, for its Bt technology. From what I gather, the “trait fees” was a broad phrase used to cover the licensing fee for the patented technology, “know-how” and other services that were payable under licensing agreements that Indian seed companies had entered into with Monsanto.

The axing of royalties does not come as a surprise because over the years, the Central Government has been reducing the “trait fees” payable by the Indian seed companies to Monsanto. Prior to the government’s intervention, as per a SEBI filing in 2015 by Nuziveedu, the trait fees payable to Monsanto was Rs. 168 per unit. The orders for the last three years which are accessible here, here and here have slashed the trait fees massively before negating it entirely in 2020. In 2018, it was fixed at Rs. 39, before being reduced to Rs. 20 in 2019 and finally being reduced to 0 in 2020. The retail price of the seeds has however remained almost stable reducing slightly from Rs. 740 to 730 one year but remaining stable at that price meaning that the benefits from the elimination of the “trait fee” has most certainly gone to the Indian seed companies and not the Indian farmers. So much for the claims of the Indian government and the Swadeshi Jagran Manch (the trade wing of the RSS) that they are defending the interests of farmers! Rather, this latest episode appears to be another example of protectionism, if not crony capitalism. From reports published in the Indian Express and Times of India, it appears to be quite clear that farmers are not falling for the government’s propaganda.

The Reuters report is silent on whether Bayer still has any valid patents on the technology. However even if the patents have expired, IP licensing agreements tend to also cover ‘know-how’ and trade secrets. It is one thing for the government to intervene in setting retail prices but it is unacceptable for the government to interfere in a contract that both parties have entered into voluntarily, knowing the consequences. As is usually the case with the Indian government, it rarely looks beyond the first order effects of its decisions and the effect that it may have on the future of IP licensing, across technologies, in India. In this case, the first order effects are limited to Bayer, which is not making much noise, presumably because it has vast business interests in Indian agriculture that it does not want to jeopardize.

But there were will be second order effects on future IP licensing deals with Indian companies. My guess is that most lawyers will advise IP owners to try and avoid licensing any politically sensitive technologies to Indian companies, as far as possible because of the manner in which the government can arbitrarily intervene and alter the terms of a contract under the Essential Commodities Act. IP owners will also restrict the extent to which a future licensee can work that technology without crucial inputs from the IP owner, thereby giving the latter more control. In other words, we can expect future IP licensing agreements to be a lot more restrictive, which is not necessarily a good thing for Indian industry or the Indian economy.

From a trade perspective, India’s use of price control under the Essential Commodities Act for medical devices caused the suspension of trading privileges offered by the American government under its GSP program. While the government has tried to downplay the fallout of the suspension of these trading privileges, it did make representations, along with several Indian companies, to the United States Trade Representative (USTR), seeking the restoration of the GSP trading privileges. Its written submissions, which can be accessed here, ended with the following lines:

“It is submitted that a withdrawal of the GSP benefits to India would be discriminatory and detrimental to the development, finance and trade needs of India, a vast and diverse developing country with unique challenges. We request the President of the United States to continue the GSP beneficiary status to India.”

The issue is not really about abstract notions like “national interest”, as claimed by the RSS’s trade wing but rather a series of trade-offs between the interests of different Indian lobbies. For example, the suspension of GSP benefits, post price controls on medical devices, most certainly hurt some sectors in India. This submission by the Gem and Jewellery Export Promotion Council of India to the USTR, described how 6.1 million Indian workers would be affected by the suspension of GSP benefits. Yet there is no denying that price control on medical devices, most likely helped the middle class in India access stents and knee implants at a lower price. How do you weigh the potential employment related losses for the gems industries when compared to the benefits for the middle class, which is likely the primary consumer of medical devices? It is essentially a political choice based on the priorities of an elected government.

When it comes to agriculture, the trade-off should ideally be between farmer incomes and incentivizing companies like Bayer to make available their latest technology in India to boost agricultural productivity. The trade-off should not be between the profits of Indian seed companies and the profits of MNCs. Yet this is exactly the route chosen by the Indian government when it decided to wield price control regulations in a manner that expressly enriches Indian seed companies instead of passing on the benefits to farmers. In the process, the government has also sent out a negative signal to other technology providers in the agro space.

It remains to be seen if Bayer decides to politicize the issue by bringing in foreign government (as was done earlier by Monsanto when the US Ambassador got involved) or choose a path of quiet lobbying and new licensing strategies.