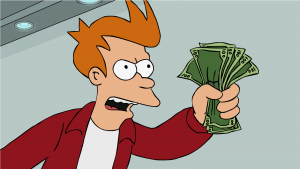 The Delhi High Court recently issued notice on a petition by All India Drug Action Network (AIDAN) that challenged the Drug (Prices Control) Order 2013 and Drug (Prices Control) Amendment Order, 2019. The specific averments were concerning Paragraph 32, which is the list of exemptions, of DPCO 2013 and the amendment to it by the 2019 Order. Para. 32 of DPCO 2013 creates an exemption from price control for new drugs patented under the India Patents Act, 1970, thereby creating an unprecedented link between the Patents Act and drug prices. This post summarizes the petition and discusses the impact of price control mechanisms for patented drugs.

The DPCO finds its root in Section 3 of the Essential Commodities Act, 1955 which was enacted to ensure equitable distribution and fair prices for commodities deemed essential by the government. With the idea of working towards universal healthcare access at affordable prices, the Drug (Prices Control) Order, 1970 was introduced. There was subsequent revision and overhauling of the same in 1979, 1987, 1995, 2013 and 2019. Alongside, in 1996, the Ministry of Health and Family Welfare introduced the National List of Essential Medicines (NLEM). The NLEM forms Schedule I of the DPCO and is revised from time-to-time to include drugs that have a price ceiling. (You can read about how this works or rather has not worked here, here and here.)

Exemptions from price control have been a part of the DPCO since its inception. DPCO 2013 contains its list of exemptions in Paragraph 32. With the requirement of patenting a ‘new drug’ under the Patent Act, 1970 and indigenous research and development (R&D) in place, it creates 3 exemptions for (i) a product patent; (ii) a process patent; and (iii) a new drug involving a new delivery system. The 2019 Amendment Order further broadens the first exemption by removing the requirement of indigenous R&D.

While the 2019 DPCO amendments may have come in after the NITI Aayog had made suggestions on exempting price controls for certain categories of drugs, the Department of Pharmaceuticals (DoP) actually acted unilaterally in making changes to the Order. These changes caught everyone, including the NITI Aayog, by surprise as there was increasing concern being voiced over the affordability of life-saving medicines and this move, in fact, makes price control more difficult. While this change has come from the DoP, the NITI Aayog seems to be taking over the regulation of pharmaceutical pricing in the country.

While the exact mandate of the NITI Aayog as a policy think tank continues to remain unclear, its suggestions throw off the scales of balance between industrial growth and healthcare access while purporting to strike just the right balance. Additionally, the setting up of the Standing Committee on Affordable Medicines and Health Products (SCAMHP) further dilutes the NPPA’s authority to regulate drug prices, with the DPCO already biting into its powers.

The AIDAN petition highlights the departure of DPCO 2013 from earlier Orders. The principal contentions of the petition are as follows –

Per the petition, under DPCO 2019, a ‘new drug’ is given an exemption from price control for 5 years “from the date of commencement of its commercial marketing”. For this, a ‘new drug’ has the same meaning as under Rule 122E of the Drugs and Cosmetics Rules, 1945, which says “a new drug shall continue to be considered as new drug for a period of four years from the date of its first approval…”. A contradiction in the language of the two clauses becomes immediately apparent. Additionally, the 2019 Order only changes Paragraph 32(i) of DPCO 2013, while leaving 32(ii) (new process)  and 32(iii)’s (new delivery system) exemption to start from the “date of commencement of its commercial production in the country” and “the date of its market approval in India” respectively.

Addressing the confusion amongst the said clauses, the petition shows, it is possible to see that the difference between “the date of its first approval” (Rule 122E) and “the commencement of its commercial marketing” (Para. 32 (i) DPCO 2019) can be used to extend the benefit of a ‘new drug’ tag for anywhere between 1 to 9 years. If the date of approval and commercial marketing are the same, then DPCO 2019’s 5-year protection is one year more than Rule 122E’s 4-year consideration. If a manufacturer decides to commercially market a ‘new drug’ after the 4-year period under Rule 122E is over, then DPCO 2019’s 5-year exemption would start after this period, thereby extending the ‘new drug’ tag to a total of 9 years.

What does the change mean? The latest list of ‘new drugs’ for the year 2019 has as many as 26 drugs, the 2018 list too has the same number and the 2014 list has 63 drugs mentioned in it. On average, since DPCO 2013, at least 26 drugs have been listed as a ‘new drug’, thereby having the potential to be given an exemption from price control. While the cases of exemption being granted are quite low, the policy change does expand the list of drugs to be considered for possible exemptions.

DPCO 2019 removes the term ‘product patent’ from Para. 32(i) of DPCO 2013. This change extends the exemption to ‘a new drug patented’ under Patents Act 1970. The language of this is broad enough to include any kind of patent including devices, dosages, forms, compositions and process patents as long as it relates to a new drug. Given the Indian Patent Office’s high error rate in granting pharmaceutical patents, automatic exemptions for registered patents must be seen as detrimental as it could very well lead to the ever-greening of patents and continuous extension of the exemption.

The policy push for promotion of indigenous research and production is undone by the removal of this exact requirement from Para. 32(i). Even drugs produced aboard can now avail the exemption by registering a patent in India. Further, to extend the exemption, the ‘commercial marketing’ of such a drug can take place in India much after it has been sold in other markets.

Further, given the lack of substantial definitions and guidelines regarding the terms ‘commercial marketing’ and ‘commercial production’, the ambiguity is exacerbated. The difference amongst clauses (i), (ii) and (iii) of Para 32, post DPCO 2019, is termed as discriminatory, arbitrary and unreasonable in the petition.

DPCO and the Patent Act

Apart from the contradiction amongst these clauses, the petition shows that it is not clear from the limited language of DPCO 2013 and 2019 as to how this exemption interacts with the 20-year patent term granted by Section 53 of the Patent Act, 1970 or why a nexus was established between the two at all. While earlier DPCO’s have had limited exemptions and the government has retained its power to grant these exemptions, the 2013 and 2019 Orders lack any indication of this.

It is averred in the petition that there is no rationale behind the linking of the Patent Act and DPCO. This connection is made without precedent and is against the policy directives of the DPCO, NLEM, and NPPP.

Against intended policy? The ostensible connection between the exemption and innovation remains open to challenge as this almost seems anachronistic in a robust and highly competitive drug market such as India. Amongst these 3 policies, only the NPPP refers to competitive pricing of drugs in order to expand opportunities and promote innovation. However, even this fails to explain the link between the Patents Act and DPCO.

However, with the National Pharmaceutical Pricing Authority (NPPA) recently checking instances of self-invocation by pharma companies of Para. 32 of DCPO 2013, it needs to be seen what further regulatory guidelines will be issued.

Next, the petition disputes the exemption granted to orphan drugs. Orphan Drugs are medicines used for the treatment of rare diseases, that is, those diseases that affect a very small percentage of the population in a country. This change, the petition avers is in direct conflict with the objectives of both the DPCO and the Essential Commodities Act as it restricts access to life-saving drugs at affordable prices.

Was this change necessary? By comparing the benefits given to Orphan Drugs in the EU and the US with that of India, the price exemption seems like a move that could have had better alternatives. The price exemption for Orphan Drugs does not create a direct benefit for pharma companies to choose to invest in the R&D of the same as the market for it would still remain extremely limited despite no cap on the drug price.

Lastly, the petition highlights how price control exemptions go against the public health objective set out in Section 83 of the Patents Act.  Price control is a vital tool for safeguarding public health as it ensures affordable access, the foreclosure of the same by the exemption, defeats the section’s purpose. Similarly, the exemption forecloses the Compulsory Licensing (CL) provision granted under Section 84 of the Act as there can validly be no cap on the price of the exempted drugs to introduce CL. Thereby, making consumer access to the same weaker and thus, affecting the right guaranteed under Article 21.

Price Control or Compulsory Licensing or Letting the Market Win?

Price control has always been a popular choice with governments when trying to increase access to products. However, stricter control tends to lead to a restricted market as the seller can simply choose other markets. Very often, price control fails to account for the cost of production and margin adequately (DPCO 2013 allows a 16% margin (Para. 4)) leaving the producers, in this case, pharma companies capital starved.

For drugs, Compulsory Licensing (CL) provides an alternative. Article 31 of TRIPS allows countries to have reasonable discretion to use CL. While this has not been frequently used, the threat of the same promotes some amount of self-regulation by companies to keep prices low. However, with CL, issues concerning the quality and efficacy of drugs persist.[1]

The exemption granted under Para.32, then brings us to consider if patented drugs should be price-regulated at all? While the government’s view on this, of saying yes, has been rather simplistic, the policy tools it has chosen do not actually progress towards the same. Case studies[2] show that, given the market mechanism, price control is not particularly helpful when an effective substitute cannot be found if the patent-holding seller leaves the market. Further, the few instances where there has been compulsory licensing, such as in the case of Brazil and Thailand, there has been sub-par quality production of drugs.[3] In both scenarios, the country ends up spending almost the same resources (money and time) on healthcare access as it would have had to without price controls/CL.[4] The non-availability of data analyzing the correlation between price control and CL and healthcare access largely restricts our search for alternatives.