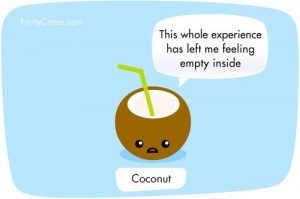 Last month, I had blogged about Marico v. Abhijeet Bhansali where a Single Judge of the Bombay High Court directed the defendant, Abhijeet Bhansali (‘Bhansali’) to take down (in the interim) an offending video because he prima facie made false and reckless statements about Marico’s coconut oil branded, “Parachute”.

On February 14, a Division Bench (DB) of the Court lifted the injunction and permitted Bhansali (aka ‘Bearded Chokra’) to post the video subject to replacement of one line in the video and deletion of several others. I have listed at the end of the blog, the relevant parts from the transcript of the video which the Court ordered to replace and delete.

The DB’s reasoning appears faulty as it has made certain incorrect factual assumptions, which I have summarised below with my reasons for saying so.

2. In paragraph 33 of the order, the Court notes that Marico has admitted that its coconut oil is not extracted from fresh coconuts, but from dried coconuts, and that this explains the yellowish tint and the strong coconut odour in its oil. The Court then states that, “Thus the stand of the respondent accepts the statements of facts made by the appellant in the Video that the claim of the respondent projected by displaying a fresh coconut split into two with water dropping, obviously suggestive of the coconut oil being extracted from fresh coconut, is false”. This is an erroneous finding, because Bhansali’s video, though shows the bottle bearing Marico’s label, not even once refers to the said label displaying a fresh coconut, split into two and splashing water being suggestive of coconut oil being extracted from fresh coconuts. The transcript of the video extracted in the DB’s order bears this out. The DB cannot attribute such a suggestion merely because Marico’s bottle was displayed by Bhansali in the video especially since the argument about virgin coconut oil appears to be an afterthought by Bhansali before the Court to fortify his defence. DB has, therefore, clearly confused Bhansali‘s defence in the suit as a claim in the video and proceeded to conclude in favour of Bhansali.

3. In fact, in the video, Bhansali states, “Toh agar hum ingredients ke taraf chalengey, description dekhengein toh iske undher likha hai 100% pure coconut oil from the finest coconuts” –not ‘freshest’ coconuts! Even the reference to virgin coconut oil in the video is not in the context of the oil he used for comparing Marico’s product, but by way of extra information to his viewers.

4. When Marico’s counsel sought to clarify Bhansali’s claim that the picture on its label suggested virgin coconut oil by arguing that it is justified in puffing, the Court found that Bhansali is also entitled to call the bluff. While the Court is right that Bhansali, or anyone for that matter, is entitled to call a trader’s bluff, it missed two important aspects in the current factual matrix:

– First aspect is the unfair manner in which Bhansali is calling Marico’s so-called ‘bluff’. To “prove” the inferiority of Parachute branded oil, Bhansali was comparing two different types of coconut oil, namely, regular coconut oil of Marico and virgin coconut oil that he had with him – though under the claim that it is “organic coconut oil”. The comparison is unfair because virgin coconut oil is colourless in liquid form and snow white in frozen form whereas ordinary coconut oil is yellowish in both forms.  Using a colourless clear oil to compare a yellowish, not-so-clear oil and then saying that he could see impurities in the yellowish oil, does create a strong impression in the minds of a gullible viewer – especially since general public would not have in-depth knowledge of the kinds and types of coconut oils in the market.  The Court has failed to consider this unfairness and malicious comparison to come to his “verdict” that “it is not as good as you think”!

– Second, the Court missed considering the Food Safety and Standards (Food Products Standards and Food Additives) Fourteenth Amendment Regulations, 2017 which introduced an entry for ‘Virgin Coconut Oil’. With this amendment, traders are required to specifically mention on the packaging of all virgin coconut oils that it is ‘Virgin Coconut Oil’. Absent such labelling, the product is assumed to be ordinary coconut oil. Marico never described its oil as virgin coconut oil on its packet nor could it have been faulted for using the label, which was anyway its registered trademark!

5. Lastly, the Court missed the fact that Bhansali’s business model survives on viewership. From the facts, it appears that this patently unfair comparison was used to generate more sensation and thereby attract more eyeballs. The Court should have examined the comments section of this video to gather how several gullible viewers of the video fell for Bhansali’s video trick.

It would not be a surprise if the matter reaches the Supreme Court or is sent for a review to the DB by Marico as there are factual errors.

The parts required by the DB’s order to be replaced and deleted are listed below: