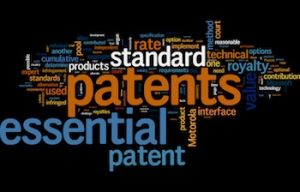 We’re pleased to bring to you a guest post by Sushant Shekhar Singh on arbitrability of disputes related to standard essential patents in India. Sushant is a 4th year student at NUJS, Kolkata.

Today, one of the crucial catalysts of technological growth is the interoperability and convergence of technology. Such digital transformation can be observed in patents corresponding to a technical specification determined by the Standard Setting Organisation (SSOs). Such patents are recognised as essential to a ubiquitous industry standard and are therefore termed as Standard Essential Patents (SEPs). As a means of ensuring digital compatibility, the SSOs mandate disclosure and licensing of SEPs to third parties at Fair, Reasonable and Non-Discriminatory (FRAND) rates while adopting an industry standard. The object is to bridge the lacuna between incentivisation and accessibility. It is of peculiar relevance in light of the reluctance of SEP holders and implementers to reconcile their respective interests in order to agree on FRAND licensing terms which has given rise to a number of litigations.

SEP arbitration is not a recent phenomenon. This is evident from the fact that parties across the globe have resorted to SEP arbitration including several major companies such as Nokia, Samsung Electronics, Huawei, Inter Digital, LG Electronics etc. From an Indian viewpoint, the constantly evolving SEP jurisprudence and the lack of literature on the subject matter has led to obscurity on various legal issues. The judicial approaches in India have been criticised for lack of sound economic reasoning and greater volatility on core issues. Thus, matters pertaining to the ascertainment of royalty and determination of essentiality of patents inter alia have largely been kept in the loop. The patent-race on new technologies such as 5G, smart grids etc. has further unraveled controversies in implementing SEPs. As a consequence, consistency in dispute resolution is harped on which has called for adopting arbitration as a mechanism in grappling with issues concerning SEPs.

Justifications for Arbitration as an Alternative to SEP Disputes

The prospect of employing arbitration as an effective alternative to courts is vindicated based on the following grounds. Firstly, it tackles the limitations of court in having the expertise to deal with technically intricate SEP disputes. Under arbitration, the arbitrators can be elected by the parties in possession of expertise to deal with complex economic and technical nature of SEPs disputes such as royalty determination. Secondly, the issues related to territorial jurisdiction do not create an impediment based on multiple jurisdictions as the jurisdiction is determined by the parties. This is distinguishable from courts where SEP-related disputes in two different jurisdictions require two independent proceedings. This is particularly beneficial for small companies with limited resources by enabling them to resort to single arbitration proceeding pre-determined by the parties.

Arbitration provides confidentiality, a matter much desired by the parties to the dispute due to business considerations. From a business perspective, allowing parties to cordially settle dispute dodges the threat of injunction via court-order which is weaponised by the SEP holders to use against SEP implementers for exerting dominance. Arbitration seems to mitigate the imbalance of power between holders and implementers of SEPs and arrive at an equilibrium keeping in view the interests of both the parties. The resultant cooperation permeated through the process of arbitration and the binding nature of arbitral award legitimises the process. Lastly, the cost and time effectiveness under arbitration coupled with the finality and enforceability of arbitral awards have fostered an affirmative outlook amongst judicial and administrative bodies such as the US Federal Trade Commission and the European Union espousing for arbitrating SEPs.

The Extent of Arbitrability of SEPs in the Indian Context

Notwithstanding the need to employ arbitration, it is equally relevant to consider whether SEPs are arbitrable in India given the intricacies involved in arbitrating patent-related disputes. As per the Booz Allen case, where the rights were in personem as against in rem, the arbitrability of patents was allowed by the court. However, even in the given case, the Supreme Court acknowledged that rights in personem arising out of and subordinate to rights in rem are subject to arbitration. This view was further expanded in the Eros case where the court stated that dispute concerning a commercial contract under the rights relating to copyright or trademark infringement can be actionable before an arbitral tribunal if it involves a right in personem. In these cases, the courts have grounded arbitrability on the nature of claims. An exception to aforementioned rulings is the IPRS v. Entertainment Network case. This is primarily a copyright infringement dispute where the court recognised that right as licensor in the given case to communicate sound recording is against the world at large (principally in rem) and hence non-arbitrable. However, this ruling should not be construed to mean (as laid down in Eros case) that IPR-related disputes are inherently non-arbitrable. Such an interpretation goes against the arbitration law and creates ambiguity in resolving commercial disputes involving IPRs given the fact that various jurisdiction have incorporated SEP related disputes under the ambit of arbitration.

The rationale for disallowing arbitration of rights in rem is that the award might affect persons who are not a party to the dispute. It is argued that in SEP-related disputes, the parties do not seek to enforce in rem rights and therefore, the question of determination of the validity/infringement of the patent is restricted only to the parties to the dispute. The arbitral award will not have any effect on any implementer or SEPs holder outside the dispute. This has been viewed to be problematic as delineated by the Advisory Committee of WIPO in the sense that such a construction of arbitral award is “unrealistically narrow”. Keeping in view this criticism, it is of equal relevance to note that the award directly affects the commercial interests of parties to the disputes and confidentiality lies at the core for the parties seeking arbitration.  The aforementioned cases justify this viewpoint by stating that such disputes arise purely out of contracts where one party will seek a specified and individual relief.

Where the dispute is pertaining to an existing license, the arbitration will be an effective mechanism, especially in cases of royalty-related and multi-jurisdictional disputes. The avenue of arbitration can be explored particularly for disputes involving minor issues where parties view prospective association. The arbitrators appointed by the parties should be well-versed with the conflict between the parties which paves the way for a neutral determination of royalty. As far as the choice of selecting apt arbitrators is concerned, given the nuanced technical nature of dispute the parties should resort to specialised arbitrators having technical expertise in SEP/FRAND disputes. Certain other procedural rules also required to be addressed such as the appropriate arbitral forum, the arbitral rules to be applied, and how many arbitrators will form the arbitral panel. Regarding the number of arbitrators, the practice is to appoint usually one or three arbitrators.

Notably there needs to be a mechanism that can enhance greater negotiation between parties and help them arrive at a middle path much before they resort to dispute resolution mechanisms. Such a mechanism can be deduced from the guidelines provided by the Court of Justice of the European Union in Huawei v. ZTE. It has laid down pragmatic steps that can be taken by SEP holders to avoid injunction as an abuse of dominance. These include:- (a) SEP holder must give notice in writing to the implementer regarding the basis of alleged infringement; (b) implementer must communicate his/her willingness to conclude a licensing agreement on FRAND terms (c) SEP holder must give a precise offer for license on FRAND terms stating the amount of royalty and basis of calculating it; (d) The implementer must communicate the acceptance to the offer in clear and unequivocal terms and for any use of SEP prior to conclusion of license agreement the implementer must provide security such as a bank guarantee; (e) where parties have failed to arrive at agreement, the determination of royalty should be through an independent third party; (f) adequate opportunity should be given to implementer to challenge the validity of SEP. although the judgement seeks to take away the discretion of SEP holder regarding determination of royalty it enhances transparency and harmony and can be a major step forward in reducing conflicts based on licensing of SEPs. This fosters an ex ante approach that lowers resorting to premature dispute resolution proceedings.

While considering the arbitration of SEP-related disputes, certain aspects need to be kept in view. Ad hoc arbitration should not be resorted to because of the complex nature of such disputes and the challenges in appointing arbitrators. Another aspect which needs to be considered is the requirement of the pre-existing agreement for arbitration for the purpose of establishing consensus amongst parties to employ arbitration mechanism. This requirement emanates from the nature of dispute which primarily circumvents around licensing agreements and the efficacy of adopting arbitration arises from the agreement itself. Therefore, for the disputes where there is no contract, pushing for SEPs arbitration is not an effective mechanism. Lastly, the underlying problem with arbitrating in personem is that it condones the impact of the award on parties outside the purview of a dispute resulting in a multiplicity of challenges on the same subject-matter. The existing law fails to address this.

To conclude, arbitration might not be a categorical solution to SEP-related disputes, nevertheless, effective alternative to litigation. In the Indian context, where the determination of royalty by the Indian judiciary has been subject to criticism arbitration might provide an effective means for resolving disputes related to royalty-determination because it will bring collective enterprise of disputing parties along with requisite technical and economic expertise. The guidelines provided in Huawei v. ZTE case can be of reference to resolve these issues. However, it must be noted that there are several grey areas in SEPs arbitration in India that follow UNCITRAL model law pertaining to the choice of law and the enforceability of awards. Nonetheless, with the ever-growing technological advancement leading to an increase in deployment of SEPs and recognition of arbitrating SEP-related matters across jurisdictions, India might as well have to enter into the SEPs arbitration landscape. It is high time we recognise the utility and pragmatic applicability of arbitrating the SEP-related disputes as an effective mechanism to deal with core patent and anti-trust law issues.