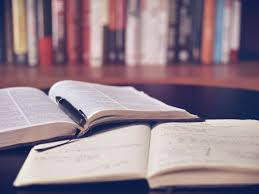 We’re pleased to bring you Part II of a two-part guest post by Victor Vaibhav Tandon. Part I of the post can be viewed here.

Victor is an academician turned lawyer. He’s also a registered Patent Agent and holds a Ph.D. in patent law. After teaching as a faculty in a prominent NLU, he joined the IP firm Saikrishna & Associates where he’s part of a team dealing with pharmaceutical and SEP litigations. He continues to teach as a visiting faculty for PGDIPR courses in ILI and ISIL.

Part I of this post had focused on patent filings and grants in India, and had argued that patents are just one (troublesome) aspect of innovation. It had further argued that innovation requires focusing on several other aspects as well. This second part will highlight some of the areas that deserve our attention, in the context of university research and innovation in India.

Coming to the larger context of research and innovation in India, patents or patent filings can only come about once research or innovation has taken place. Ideas or inventions don’t always depend on level of education or training or might not even require extensive inputs in terms of costs and equipments, but there are complex fields, like biotechnology or pharmaceuticals, where funding for sophisticated laboratories and equipments are required, and a certain level of education is a prerequisite.

In this context, in July 2019, the Economic Advisory Council to Prime Minister (EAC-PM) came with a report, “R&D Expenditure Ecosystem: Current Status and Way Forward”, which stated that the Gross Expenditure on R&D (GERD) has remained “between 0.6 to 0.7 percent of GDP over the past two decades” and admitted that it is below that of countries like USA (2.8%), China (2.1%) and Israel (4.3%). Interestingly, the report noted that, apart from Israel, nations like South Korea (4.3%), Switzerland (3.2%), Finland (3.2%) and Japan (3.4%)were amongst the top 5 spenders (as a percentage of their GDP. 2017 data). Further, the government expenditure in the Indian context was “almost entirely” by the Central Government. Quite naturally, this needs to be significantly improved to support the innovation ecosystem. Here the role and contribution of the private sector is equally critical.

In the context of another parameter, as per UNESCO data, India had a lowly 252 researchers per million population in 2018, the equivalent number for China was more than 4,000 (2018), while USA had above 4,200 researchers in 2016 itself. Even for this parameter, there is a tremendous scope for improvement. And this is relevant for patent related data because spending more on research and having more researchers (not to forget their quality) could possibly be a way to boost innovation itself and consequently the figures related to patents.

It goes without saying that funding and suitable research environment are important for developing any industry or technology area. Interestingly, the Office of Technology Assessment (OTA) of US Congress (defunct since 1995) in its 1991 report on “Biotechnology in a Global Economy” (PDF) had stated the two prerequisites for a country to compete in biotechnology, highlighting “a strong research base” as the first priority. It had further identified “seven policy issues relevant to U.S. competitiveness in biotechnology”, namely, “(1) federal funding for biotechnology research, (2) targeting biotechnology development, (3) developing regulations, (4) coordinating federal agencies, (5) protecting intellectual property, (6) improving industry-university relationships, and (7) structuring coherent tax policies”. Clearly, IP was just one of the several policy issues/ factors that were considered to be relevant.

The same can, arguably, apply for the development of other technological/industrial areas. Therefore, continuously increasing R&D spending to globally comparable levels, focusing on higher education, university-industry partnerships, and improving the number of researchers (including STEM researchers) without compromising on their quality are equally imperative for innovation.

Another related statistic where considerable improvement is possible is the number of Ph.D. enrolments and their employment prospects. It should be clear that innovation is not the domain of Ph.D. scholars alone nor is a Ph.D. a prerequisite to be an inventor. However for certain super-specializations and complex research areas, a Ph.D. can very well be a pre-requisite. Further in higher academics (teaching and research), a Ph.D. is almost a necessity.  And it is perhaps here that importance of higher education institutions, research institutions and universities lies. Further these doctoral researchers constitute the supply for private sector R&D units as well. As per MHRD’s All India Survey on Higher Education (AISHE), 2018-2019, out of the total 37.4 million enrolments in higher education, a mere 0.45% or a paltry 1,67,000 Ph.D. enrolments exist. Since, we are dealing with patents and innovation, of these Ph.D. enrolments, as per government statistics, the majority is of STEM scholars. Perhaps these numbers overlook the fact that a number of Indians are going to other countries for their higher education and doctoral research, spurred in part by better research facilities and opportunities existing there. Nevertheless the extremely low number of STEM Ph.D. enrolments in India (which are obviously lower than the total enrolments), raise a few disturbing questions,

Will all the STEM doctoral researchers have a desirable quality of research? This is relevant irrespective of whether such researchers choose to simply publish their research or whether they apply for patents.

Will all of the STEM doctoral researchers find gainful and stable employment in the government or private sector, or will they be willing to start off as entrepreneurs? The last question assumes importance because in the absence of gainful and stable employment and work environments conducive to creativity, the doctoral researchers might opt out of a career in research. Absence of proper environments could also dissuade more people from opting for a career in STEM research in India. And this will have a bearing on both innovation and patents related data. In this context, contractualisation or adhocism in Indian universities, including in so-called premier universities is a sombre reminder of our (misplaced) priorities. In this context, it is relevant to ask:    Does contractualisation or ad-hoc appointments in higher education/research institutions have a bearing on genuine research by young STEM researchers? Quite a few young STEM researchers could be dissuaded by existence of such a non-favourable environment. Equally, quite a few of them could be more concerned about finding new post doctoral fellowships or retaining their contractual positions rather than engaging in long term (quality) research. We need to provide appropriate research environment before placing emphasis on statistics related to patents

It is true that there are number of other factors which can and do influence university research in India. Not all of them can be discussed in this piece. Also, some of the questions raised here require a detailed empirical analysis to inform better policy formulation and to understand whether, and how much, impact they have on innovation or on patent acquisition.

The important thing to remember here is that it is not just an increased emphasis on patents that is going to make India innovative. The emphasis on IPRs and patents is indeed required, albeit not at the cost of forgetting the importance of open-science, quality output, and research collaborations. But in order to be innovative, several other factors are also important. We need to look at our education infrastructure, R&D spending, research environment, opportunities for STEM researchers and scientists, and university-industry partnerships. And, therefore, the larger question is, will India be able to create a strong research base or the kind of quality needed to harness the true potential of a vibrant patent system. And perhaps that true potential will lie not just in holding CV-boosting hundred patent applications/ patents per person that no industry or other entity is willing to invest in or commercialize, but a smaller but well commercialized patent portfolio.