We’re pleased to bring you a guest post by Sangita Sharma, looking into the law around comparative advertisements in India. Sangita is a 2nd year student at Gujarat National Law University and was the topper of the 2020 IP Talent Search Examination. 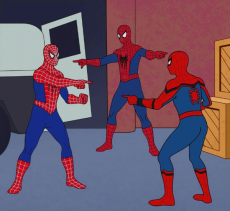 In the soap war between HUL and Sebamed, Sebamed released an advertisement comparing an HUL branded soap with RIN detergent stating that HUL’s soap’s pH values are similar to that of RIN. The Bombay High Court in its interim order stated that comparing the pH value itself is not disparaging, however comparing with RIN detergent is disparaging and misleading to HUL’s soap. It allowed the advertisement but asked the company to remove the reference to the detergent soap. This post argues that the law should broaden the definition of serious comparative advertisement by allowing multiple comparisons.

Simply put, serious comparative advertisement is where the owner of the mark advertises his product reference to his competitor’s product based on scientific study. This term however is not defined by the legislature. Indian courts earlier allowed the traders’ advertisements to puff up the quality of their products but not to paint their rival’s goods in an inferior light, irrespective of the whether there is truth in the advertisement or not. Now, if the comparison is honest and based on scientific study, then it is allowed.

The Bombay High Court accepted the argument that pH value is a relevant and a crucial point for recommending soaps and shampoos. It also accepted that the majority of commonly used soaps and shampoos have a pH value outside the range of normal skin and hair pH values. The Court finally concluded that an advertisement comparing a rival’s product based on scientific evidence, is an important piece of information for decision making, and cannot be taken as wrong (para 9 and 10).

However, it allowed the advertisement with the removal of the RIN reference. The Court rightly allowed the serious comparison between HUL and Sebamed but it missed a very significant opportunity to settle the law on whether there can be a comparison of rival’s product with third parties’ products.

Sebamed’s comparison of a rival’s product with RIN merely brought to light a scientific fact about pH, which the court itself considered an important criterion while recommending soaps and shampoos. The scientific facts brought out by the comparison were not untrue, nor can they be said to be necessarily malicious. Merely because a comparison is unfavourable to a competitor, it cannot be said to be dishonest or unduly detrimental. Unaddressed by the Court was the question of whether comparison of a rival’s product can be done with a third party’s product, if the comparison is objective and backed by scientific evidence. The author argues that it should be allowed in law.

Advertisements, where the claims of the trade are properly carried out in the laboratory and backed by scientific evidence can be termed as a serious comparative advertisement (para 56). If an advertisement compares multiple products i.e. one’s own product, rival products and third party products on the basis of scientific opinion, it is not in violation of the above mentioned definition.

A serious comparison of rivals’ product with other products also withstands the scrutiny of Section 30(1) of the Trademark Act, 1999 which creates certain fair use rights enabling any person to use a proprietor’s registered trademark for certain purposes, so long as it follows ‘honest practices’, doesn’t take ‘unfair advantage’, and is not ‘detrimental’ to the trademark. Study-based informative advertisements are backed by evidence and proof, and therefore cannot be said to be ‘unfairly’ detrimental to the distinctive character/repute of the trademark. The ‘fair’ and ‘honest’ use thresholds under Section 30(1)(a) and (b) should come to the rescue of such advertisements. Advertisements will be held to not to be in accordance with honest practices (para 36) if they give the consumer the wrong impression about the commercial connection; take unfair advantage, or discredits and denigrates the trademark. As serious comparison of rivals’ products with third party products merely presents factual information, it is my argument that it should be permitted under this provision.

The fundamental right to free speech under Article 19(1) (a) is extended to commercial speech and it allows the trader to give all kinds of information regarding the product for the benefit of the consumer. Thus, an advertisement can be restricted only in accordance with Article 19(2) (para 28). Although the courts earlier have stated that this kind of advertisement results in denigration, they haven’t explained how such comparison by a trader falls under this restriction. It is difficult to understand how providing scientific facts, objective comparison accommodates the possibility of a restriction in the interests of the general public or amount to defamation.

The courts are restricting traders from revealing objective facts about a rival’s product under the guise of intellectual property protection, which is open to constitutional scrutiny. Allowing rivals to expose each other truthfully and honestly will result in consumer education (para 68). I would argue that the courts, by not allowing serious comparison of rivals’ products with third party products, are questioning the trader’s right to free speech, and consumer’s right to information, thus failing in their duty to guarantee the correct balance.

Benefits of such comparison

Allowing such comparisons will help consumers obtain a better understanding of the product not just in relation to the competitor’s products, but also with regards to any other product in the market. To substantiate, for e.g., currently the law only allows brands selling yogurts to compare their and rival yogurt’s features. However, if a serious comparison of rivals’ products with third party products is allowed then the sugar content of yogurt brands can be compared with that of soft drinks one. This comparison is beneficial because some yogurt products which are presumed to be healthy contain more sugar than soft drinks, which can often be harmful to health.

Also, the gradual shift from Caveat Emptor (buyer be aware) to Caveat Venditor (seller be aware) showcases a more consumer oriented market where consumers’ rights and decision making are given utmost regard. But in the absence of such comparison, this seems to get diluted. Hence, judicious consideration of the aforementioned change in principle becomes more relevant.

Moreover, such comparisons can likely lead to an increase in competition in the market, and boost innovation, thereby driving economic growth and increasing the standard of living. This can also result in an improvement of the qualities of products, and increased market transparency. Thus, it will work in favour of consumer interest (page 8).

The judiciary’s oft-cited concern through the catena of judgments has been the prevention of misleading of the public. It is worth noting in this regard, that there are already laws available against advertisements that mislead the public. Illustratively, the Trade Mark Act, 1999 empowers the authorities to take action for false trade descriptions and makes it a punishable offence. Sections 101-104 provide remedies for falsification of trademark, selling false trademark and descriptions. Similarly, the Competition Act, 2002 (object clause) aims to “prevent practices having an adverse effect on competition, to promote, and sustain competition in markets, to protect the interests of consumers and to ensure freedom of trade carried on by other participants in markets, in India.”

While the Indian legal framework around comparative advertisement has been evolving, it has further room to improve vis-à-vis its resulting effects on consumers. Serious comparative advertisement, including comparison of competitor and third party product is informative, promotes competition, can enhance quality, prevent misleading of the public, and serve as benchmarks to help consumers focus on the product’s main qualities. In a world of abundant choices, consumers ought to be provided with more information, not less. The legislature while enacting any regulation pertaining to this kind of serious comparative advertisement must ensure that brands provide ‘key’ information about the product, comparisons should be of crucial features and if a company fails to provide or misleads about the significant information, then at least the rival brands should be allowed to draw attention to this through evidence backed comparisons.

In the absence of proper guidelines, there is ambiguity for courts, consumers as well as for brands. Therefore, there is a need to revamp the law to include serious comparison of rival’s product with third party products.

The author would like to thank Swaraj Barooah for his inputs on this piece.