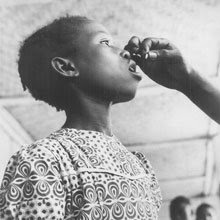 The International Herald Tribune carries this interesting story of a PPP (Public Private Partnership) between Sanofi Aventis and DNdI (Drugs for Neglected Diseases Initiative) that resulted in a new and useful malaria pill. The news item states:

“A new, cheap pill to treat malaria was introduced Thursday, the first product of an innovative partnership between an international drug company and a medical charity.

The medicine, called ASAQ, is a pill combining artemisinin, invented in China using sweet wormwood and hailed as a miracle malaria drug, with amodiaquine, an older drug that still works in many malarial areas.

A treatment will cost less than $1 for adults and less than 50 cents for children. …

In Africa, malaria kills 3,000 infants and children a day….

Sanofi-Aventis, the world’s fourth- largest drug company, which is based in Paris, will sell the pill at cost to international health agencies like the World Health Organization, Unicef and the Global Fund for AIDS, Tuberculosis and Malaria.

The rollout of the drug is the result of a two-year partnership between Sanofi and the Drugs for Neglected Diseases Initiative, a campaign started by the medical charity Médecins Sans Frontières to find new drugs for tropical diseases.

Médecins Sans Frontières has long been one of the harshest critics of the pharmaceutical industry, charging that it spends billions on drugs like Viagra, Ambien and Prozac for rich countries and almost nothing on diseases killing millions of poor people.

But, recognizing that new drugs would have to come from the industry’s major players, Médecins Sans Frontières founded the initiative in 2003 and began seeking partnerships. This is the first to come to fruition.

“This was not a love wedding — it was a reasonable wedding,” said Dr. Robert Sebbag, the vice president for access to medicines at Sanofi. “But reasonableness is often more important for a long marriage. They’ve seen we are not nasty people working against poor countries and seeking only profits.”

In an unusual move, Sanofi has decided not to seek any patents so the pills can be freely copied by generic companies like those in India….

Sanofi will also produce a branded version, called Coarsucam, for the private market, to be sold at three or four times the public price. It will be sold only in Africa, Indonesia and the Philippines, the company said, not in the United States or Europe.

In another innovation, Sanofi will meet with pharmacists’ organizations in poor countries and give them incentives to sell Coarsucam at two different prices — at less than $1 to very poor customers and $3 to $4 to wealthier ones.

It will leave it to the pharmacists to estimate which of their customers live on less than the cutoff income, which is about $40 a month, Sebbag said.

This news made me reflect on the following:

2. It is commendable that Sanofi opted out of patenting this drug in order to enable generic production at cheaper and more affordable prices. More recently, pharma companies have been following a policy of non-assertion of patent rights in developing countries (or deliberately opting to not patent in such countries, as was the case with Sanofi here) –a policy that has been gaining favour since a Yale law gradudate, Amy Kapczynski, forced BMS (Bristol Myers Squib) to relinquish patent rights in sub-saharan african over d4T, a very useful drug in HIV treatment. A variant of the non assertion clause is “differential pricing”, where the drugs are sold cheaper in developing and least developed economies (when compared to the sale price in the developed world). Clearly, this is a very good way forward for ensuring access in developing countries.

The problem with differential pricing however, is the fear of arbitrage. The need of the hour is to creatively think of ways in which we can reduce this arbitrage i.e. the drug shouldn’t find its way back to the richer Western markets. In this sense, flexibilities in devising “parallel import” rules in patent regimes run counter to the incentive to differentially price. Certainly this needs some thinking about. In the context of the Sanofi pill, it must be remembered that the arbitrage could happen domestically as well ie. the cheaper drugs finding their way to the richer consumers in the same country.

3. This pill by Sanofi and DNDi is an excellent example of an “incremental invention”. The pill combines a classic malaria drug amodiaquine with a newer medicine containing artemisinin, which comes from a Chinese plant.

Would we call this “evergreening” or a “frivolous” invention, despite the many advantages that this new drug offers? Of course, we would all love it if all pharma companies were to relinquish patent rights in the way that Sanofi did. Then we wouldn’t need to worry about whether or not we ought to grant patents to incentivise incremental innovations of this sort. But we have to remember that not all pharma companies work with DNDi in a PPP mode (or more importantly, in a neglected disease context), that would urge them to act in this benevolent fashion. The great majority of their R&D is still going to be undertaken in a purely commercial setting and driven, interalia, by non altruistic motives i.e. the promise of a patent and consequent monopoly profits.

Given the example of a tremendously useful Sanofi pill, could we still categorically state that it is impossible to distinguish between incremental innovation and ever-greening? Or assume that all inventions apart from NCE’s (new chemical entities) are alleged attempts at ever-greening? Some of the comments around the Mashelkar report controversy are premised on this incorrect assumption. Is section 3(d) of the Indian patents act or our general “non obviousness” or “inventive step” standard (that in order to be patentable, an invention has to be “non obvious” to a person skilled in the art AND that it has to either involve some “technical advance” or “economic significance” or both) sufficient to strike this distinction. Of course, one cannot comment on section 3(d) at the moment, as the standard for “efficacy” that this section entails is still not clear (besides section 3(d) may not really help us in a “combination” context, where 2 existing versions of drugs are combined). The need of the hour is to work out appropriate guidelines to help interpret the term “efficacy” in section 3(d).

5. Lastly, and most importantly, in the Indian context, it forces us to ask the question:

How do we incentivise our generic companies in India to underake R&D on neglected diseases? How do we work towards encouraging a shift away from their current tendency to go after the low hanging fruit (generic copies) in the Western markets?

Amidst the furore generated by the Mashelkar Committee report, we’ve somehow lost sight of these more substantive questions that we really need to be asking.