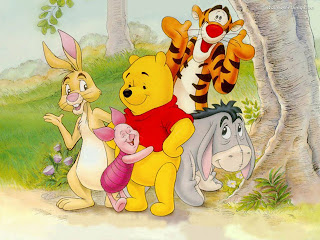 A rather unique order was passed on 13th July, 2007 by the High Court of Delhi in a case of counterfeiting of Walt Disney characters by a party who was reproducing them on labels which were then being affixed on baskets and sold in the market.

At the first instance it may be pointed out that Disney Inc. is the holder of several device and word mark registrations in Idia in a variety of classes for a whole range of characters and their names.

The Defendants in the matter did not file any written statement despite sufficient opportunities granted over a period of nearly a year. On 13th July 2007, their right to file a written statement was closed and the counsel for the Defendants submitted that his client was willing to pay token damages of Rs. 50,000/- to the Plaintiffs and suffer an injunction in consideration of the Plaintiff’s withdrawing their claim for liquidated damages of Rs. 20 lakhs. The Plaintiff’s counsel accepted the amount of Rs. 50,000/- as token damages towards settlement of the damages component of the reliefs prayed for.

The court, in turn, issued an injunction restraining the Defendants and all others acting on their behalf from manufacturing, selling, offering for sale or advertising goods bearing the Plaintiff’s trademark and also directed them to deliver all infringing articles seized at the time of execution of the Anton Pillar order to the Plaintiffs for the purposes of destruction. The court additionally awarded the Plaintiffs costs of the suit and directed that the amount of Rs. 50,000/- which was to be paid as token damages towards full settlement of the decree of Rs. 20 lakhs be payable to the Plaintiffs within a week of the date of passing of the order.

The court additionally held that in case the amount was not paid within a week, the Defendants would be liable to pay Rs. 1 lakh the next week and if they defaulted further, then, in the third week, the Plaintiffs would be entitled to a recovery of the entire decretal amount. The uniqueness of this order lies in the court exponentially increasing the damages amounnt payable by the Defendants even when it is in the nature of a consent decree as opposed to a damages award, and thereby creating an inbuilt deterrence which would prevent the Defendants from violating the decree.

Needless to say, the order was deterrent enough for the Defendants to pay up before the period of one week was over!