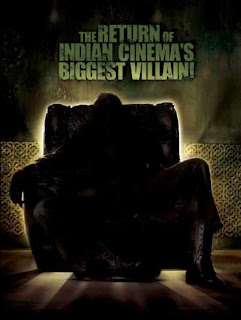 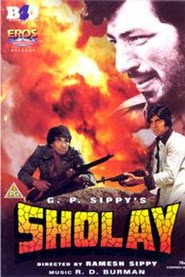 After Shamnad’s recent post on the RGV Nishabd case pertaining to copyright in film titles, it is but logical that I tell you the “Sholay” story.

But before I begin, let me clarify at the outset that one of the most settled principles of Indian copyright jurisprudence is that there is “no copyright in film titles”. Yet our misinformed press labours on, doggedly exposing their ignorance to their hapless readers.

Go ahead, I encourage you to read the story in the Times of India which I have hyperlinked above. Please pay particular attention to the responsible and well researched bit of reporting reflected in the paragraph which reads “The issue of copyright on film titles was thrashed out by both sides. Varma’s lawyers, Ravi Kadam and Amit Naik, argued that a title had no copyright or trademark, and that any trademark registration of ‘Sholay’ did not come in Varma’s way.“

And now that you’ve read the “fiction“, here’s the “fact“:

The Plaintiffs, the right-owners in the blockbuster Indian film “Sholay”, had filed a suit before the Delhi High Court in October 2006 seeking to restrain a proposed remake of the film by Ram Gopal Varma, under the title “Ram Gopal Varma Ke Sholay”. Sholay, made in 1975, is hailed as one of the greatest films in the long history of Indian cinema. It attained cult status, and was screened in theatres continuously for five years after its release.

The suit was filed to restrain infringement of the registered trademarks SHOLAY and GABBAR SINGH (the name of the fictional villain of the movie who went on to become synonymous with “evil” in Indian cinema), and passing off by the Defendants.The suit additionally claimed reliefs in respect of infringement of the copyright in the cinematograph film itself. The latter relief treaded the fine line between remake rights and infringement of copyright. Since the suit was instituted prior to the release of the Defendants’ production, the copyright claim was in the nature of a quia timet action and had absolutely nothing to do with the title of the film as claimed by our reporter.

On 5th October 2006, the Delhi High Court granted an ex parte restraint against the Defendants which prevented a release of the fim in its then-advertised state replete with the trademarks of the Plaintiffs. After an intensive series of hearings, lasting nearly nine months, an interim arrangement was arrived at between the parties on the 16th of July 2007.

The 16th July order records several undertakings provided by the Defendants to the Court. The Defendants have undertaken not to use the trademarks SHOLAY, GABBAR, GABBAR SINGH or any of the names of the characters from the original Sholay fim of the Plaintiffs including JAI, VEERU, BASANTI, SAMBA etc.

In addition the Defendants have also agreed that their production will not contain any portion of the script, screenplay, music, lyrics or any other underlying copyrighted work of the original production.

The arrangement of 16th July is without prejudice to the rights of the Plaintiff once the Defendants film is released. The suit continues, however, for damages etc.