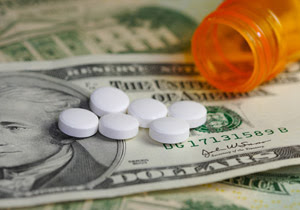 Now to continue… A report I submitted to the NHRC in 1999 looked at prices of insulin (a life saving drug) in India in the light of Indian health laws (that are in fact not very well codified or documented at this point) and Competition Laws (at that time, the Monopolies and Restrictive Trade Practices Act – MRTP).

As many of our readers know, insulin is a drug necessary to treat patients suffering from diabetes mellitus. It is particularly necessary to treat what is called Insulin Dependant Diabetes Mellitus (IDDM). IDDM occurs in most cases, at a very young age (often before the age of 20). It is characterized by inability of the pancreas to secrete the hormone insulin, which controls the sugar levels in blood. The result is rising sugar levels in the blood, which if not diagnosed and controlled in time, leads to the patient’s death. At the time of the study, I was told that there were 2.5 million young diabetics in India.

The report also compared the rise in prices in human and bovine insulin during a period of 10 years. While Human insulin prices showed a little more than 3 fold increase, bovine/porcine insulin prices shot up almost 6 fold during a same time. As expected, by the year 2003, the prices of bovine and human insulin were at par. See article in the Hindu here. Of course, it must be borne in mind that part of reason for drop in prices of human insulin was that the patent over it expired in January 2003. But one wonders whether there were attempts to artificially raise the prices of bovine/porcine derived insulin in order to create room for human insulin in the market. One also wonders whether the propaganda of the human insulin industry was successful in scaring consumers away from using bovine/porcine insulin. According to statistics collected at the time, despite there being a price gap of more than Rs. 100 (which for most Indians is a lot of money!) between Human and bovine insulin, bovine insulin sales were declining at a rate of 10-20% per year while Human Insulin sales were rising annually at the rate of 30%.

Admittedly, the above discussion is largely academic now because Human Insulin is off patent and there is adequate competition in the India market to ensure that major price hikes do not happen (one hopes!). However, from a discussion I had recently with a number of doctors and Dr. Brahmachari of CSIR, (yes – I know I promised an interview with him – it will be out soon!) it emerged that over emphasizing the merits of a so called new generation/improved pharmaceuticals was normal practice in the pharma industry. While “improved” versions of pharmaceuticals might have fewer side effects, it is unnecessary to remove the original version from the market because a large percentage of the population either doesn’t suffer the side effects or would be happy to suffer them rather than being priced out of existence as a result of the unaffordability of the new-improved versions. Dr. Brahmachari’s open source initiative in part aims at creating a mechanism to determine whether or not a given patient would have side effects to the older version of the drug in order to ensure that no one needs to pay more than is required to be paid and no one needs to pay more than he/she can afford!

Coming back to the issue of Competition law, I thought it would be an interesting exercise to look at the facts of the insulin case in the light of the provisions of the Competition Act. Or lets do this tomorrow – I am hoping to get some interesting insights from our readers till then.