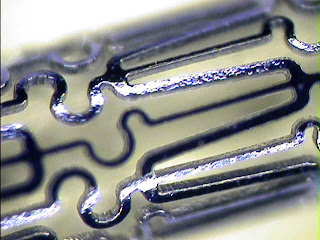 If there’s a word that could conjure bigger and larger images of quantity other than “Whopping”, it could be “Colossal” or “Humongous”. Either ways, Dr.Bruce Saffran will smile his way to the bank thanks to $501 million he was awarded by jurors in the case against Boston Scientific Corp. in the patent infringement suit involving drug-coated heart stents. Saffran argued that the stents launched by Boston Scientific violated his 1997 patent on technology to deliver medication within the body to heal injuries. Interestingly, he has filed a similar suit against Johnson and Johnson over its Cypher Stent, which is still pending. If the damages awarded in the Boston case are anything to go by, Mr.Bruce might just end up becoming a billionaire by causing major heartburn to a couple of companies!