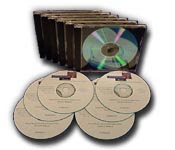 The Economic Times reports that India and 8 others have been placed on the “Priority Watch List” this year. India has been on this list for a number of years and its continued inclusion does not come as a surprise.

Readers will recall that Jayant (Spicy IP) had covered India and Thailand’s inclusion on the Priority Watch List in a detailed post last year, and had pointed out that “A country wise analysis of countries in United States Trade Representative (USTR) Section 301 Annual Reports (2004-2006) shows that most of the countries do not bother about their inclusion in the report. Except few, most of the countries of Special 301 report, since 2004 have not amended their laws to bring them in conformity with the interests of United States.”

While it continues to be unclear as to how being on this list affects India in any substantial way, the Economic Times report states that “Putting the countries in this list means that the US will subject them to extra scrutiny and if it decides to pursue complaints before the World Trade Organization then economic sanctions could be imposed on these countries”. Quoting the USTR, the report also states that “Priority Watch List countries will be the subject of particularly intense engagement through bilateral discussion during the coming year.”

Being dragged into the WTO or forced into a TRIPs+ bilateral agreement might be a more substantial threat to India than the inclusion in the Priority Watch List. The WTO dispute resolution mechanism has, in the past, compelled India to amend its IP laws [See the India EMR case for example]. In the light of the recent discussions pertaining to the TRIPs compatibility of Section 107A(b) (here and here), it might indeed be interesting to see the grounds on which the US might choose to file a case before the DSB.

However, as per the ET article, piracy (along with the commercial use of undisclosed test and other data generated to obtain marketing approval for pharmaceutical products) and not Section 107A(b) seems to be the key concern of the USTR at present. Spicy IP has covered the issue of piracy in a number of posts. We’ve also thrashed out the issues in considerable detail suggesting that policies such as price discrimination and price reduction might be a better way of curbing piracy (As has been done by Moser Baer in India: See our post here).

While there is no mention of such measures in the report, what I found most interesting is the IIPA’s suggestion that India “adopt a law that would require the licensing of optical disc factories“. Do they mean a license from all companies that store any type of copyrighted data on optical discs or do they mean a specialized license from the government? I do hope its not the former because if it is, I cant imagine how complicated/expensive it would be to set up or continue running an optical disc factory! Either way, I also do not understand how licensing of factories would prevent small time private pirates from copying movies or music into legitimately produced, sold/bought blank discs. Any clarifications in this regard from readers who are more familiar with the way the industry works, would be greatly appreciated.

WASHINGTON: The United States has placed India, and eight other countries, on its ‘Priority Watch List’ for this year for failing to protect the copyrights, patents, and trademarks of American producers from piracy.

“The United States continues to urge India to improve its IPR regime by providing stronger protection for patents, copyrights and trademarks, as well as protection against unfair commercial use of undisclosed test and other data generated to obtain marketing approval for pharmaceutical products,” the Office of the US Trade Representative (USTR) said in its Special 301 Report.

The Special 301 Report is prepared by the USTR on adequacy and effectiveness of Intellectual Property Rights by trading partners of the United States.

Apart from India, China and Russia, Argentina, Chile, Israel, Pakistan, Thailand and Venezuela have been placed in the list.

Putting the countries in this list means that the US will subject them to extra scrutiny and if it decides to pursue complaints before the World Trade Organisations then economic sanctions could be imposed on these countries.

“The United States encourages India to implement the WIPO Internet Treaties by strengthening its copyright laws, and to improve its IPR enforcement system by enacting and implementing an effective optical disc licensing scheme to combat optical disc piracy. Piracy remains a serious problem in India, as does trademark counterfeiting, including of pharmaceuticals and distilled spirits,” the section on India of the report said. MORE PTI SK

The USTR office, headed by Ambassador Susan Schwab, emphasised on the need for improvement on the areas of police action against the pirates and counterfeiters.

It also stressed for expeditious judicial dispositions for copyright and trademark infringement with imposition of deterrent-level sentences for IPR infringers, and stronger border enforcement against counterfeit and pirated goods.

“The US urges India to strengthen its IPR regime and stands ready to work with it on these issues during the coming year through the Trade Policy Forum and other bilateral mechanisms,” it added.

“Priority Watch List countries will be the subject of particularly intense engagement through bilateral discussion during the coming year,” the USTR added.

President of the International Intellectual Property Alliance (IIPA), a coalition of seven trade associations representing some 1900 companies, Eric Smith said “the Copyrights Industry Companies’ principal concerns in India are threefold. The first of which being the inadequacy in effective criminal enforcements which are necessary to deter piracy.”

“The second is legislative issues such as amendments to the Indian copyright law to implement the WIPO Internet Treaties signed in 1996,” he said, adding a legislation is pending for over ten years to implement those treaties.

“Thirdly, the IIPA and others have urged India to adopt a law that would require the licensing of optical disc factories. This would help in ensuing that these factories do not produce pirated products,” Smith said.

According to IIPA statistics, the total loss in 2007 for American Copyrights was around $914 million against $752 million in 2006. The estimated losses for US Copyrights from India in business software area was $732 million in 2007; records and music at $14 million; entertainment at $130 million and books at $30 million.