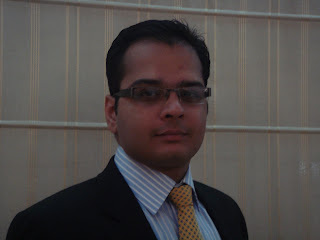 We bring you a guest post on software patents from Essenese Obhan, a leading patent attorney from New Delhi.

While Essenese himself is an expert on patents relating to the mechanical, industrial, software, and telecom sectors, the Obhan team includes associates that specialize in chemical, biotech, electronic, electrical, and nano technological inventions. The firm has a first of its kind proprietary automated application preparation system that streamlines and simplifies the application filing process. The firm also has a customized docket management system that efficiently tracks due dates.

Most importantly, the firm has a proprietary Indian patent and design database containing bibliographic data from 1980 till date that allows them to do freedom to operate searches in India in record time.

Essenese is listed as a patent specialist in Chambers 2009 and Legal 500. He is also the Member of the Committee on Software Patenting at FICPI and the Treasurer of the FICPI Indian Group.

He has personally drafted over 500 patents and prosecuted thousands. He regularly conducts training programs for companies and has formulated IP policies and strategies for numerous organizations.

On a personal note, when I look back and attempt to list what may qualify as “good” deeds in my life, convincing a very bright engineering student in a Pune bar [“elbow room’] to become a patent attorney would rate very highly on that list. That bright engineer was Essenese. He’s come very far since then and would easily rank today as one of India’s top patent attorney in the under 35 category.

Readers tracking software patents on this blog will appreciate that my take on section 3(k), the Indian provision governing software patents is quite different from the manner in which Essenese proposes to construe this. Though both of us agree that the term “technical” ought not to be the determinative filter that separates the non patentable software inventions from patentable ones.

With this guest post, I hope we can generate more debate on this theme.

The Patent (Amendment) Act, 2002 was first introduced as the Patents (Second Amendment) Bill, 1999, in Parliament (‘bill’). The bill was subsequently referred to a Joint Committee by both houses of the parliament for their comments and suggestions. Section 3(k) as present in the bill did not include the phrase “per se” for computer programes and prohibited the grant of patents for: “a mathematical or business method or a computer programe or algorithms”. This phrase “per se” was introduced in the bill on the recommendations that were received from the Joint Committee to whom the bill was referred.

The Joint Committee in its report stated that their deliberations were motivated by an abiding concern to balance and calibrate intellectual property protection with national and public interest. The Joint Committee, prior to recommending any changes to the bill invited views and consulted individuals, organizations and institutions interested in the subject matter of the bill in its attempt to offer a considered view on the subject matter of the bill.

With respect to the patenting of software inventions, the Joint Committee recommended the insertion of the phrase “per se” in Section 3(k) of the bill and clarified that the phrase was being inserted to address the patentability of inventions relating to computer programes that may include certain other things ‘ancillary thereto’ or ‘developed thereon’. The Joint Committee further clarified that the intention of the bill was not to reject such inventions from grant of patents but only distinguish such inventions from the underlying computer programes as such.

It is, therefore, clear that the legislature never intended to prohibit software inventions but only the underlying computer programes or algorithms. The computer programe as such has always been the subject matter of copyright protection and it appears that it was this distinction that was sought to be clarified by the Joint Committee whilst recommending the insertion of the phrase “per se” in Section 3(k). However, using the computer programe as a building tool for developing software products (‘developed thereon’), or identifying a better method or process (‘ancillary thereto’) for doing a task on a computer that is expressed by way of a computer programe, are clearly patentable subject matter as long as they satisfy the other requirements of an invention.

The phrase “per se” is, unfortunately, often interpreted in a manner which is in clear contradiction to the legislative intent. While some believe Section 3(k) to imply that generally all software inventions are not patentable, others believe the section to imply that mere computer programes are not patentable but that as long as the computer programe includes something more or something “technical” the computer programe may be patentable. A significant cause for the differing views on the subject is often on account of the different understanding of the terms that are used in discussions on software patenting. Some terms that need to be well defined and understood before any meaningful discussion can take place on the subject are software, computer programe, technical and algorithm.

Referring again to Section 3(k), what is prohibited from patent protection are “computer programes per se or algorithms”. While an algorithm may be said to be a series of steps or instructions for an electronic or computing device, the computer programe may be considered as an expression of the algorithm. However, the term algorithm is often misunderstood as a “method for a computer” resulting in method claims directed to computer related inventions being considered as excluded subject matter in India. Such interpretations of algorithm coupled with the inconsistent interpretations of the phrase “per se” have unfortunately mired the fate of software inventions in India.

It may therefore be unnecessary to try and distinguish, as has been the practice, between a computer programe that is ‘technical’ or has a ‘technical effect’ from a computer programe that does not. A computer programe when implemented or worked on a computer is undoubtedly technical in nature and it would be difficult if not impossible to contend otherwise. As reported in SpicyIP, Mr. NN Prasad representing the Department of Industrial Policy and Promotion at a recent stakeholders meeting for discussions on the draft patent manual specifically instructed that the term ‘technical’ ought to be deleted from all manuals and guidelines, and that it might be in India’s best interest not to blindly follow the complicated and often inconsistent path that has been followed on the subject in foreign jurisdictions.

In fact, the UK Court of Appeal in the joint decision of Aerotel and Macrossan while confirming that the four stage approach for determining patentable subject matter ought to be applied in software inventions, also stated that the fourth stage would normally be unnecessary. The four stages referred to by the Court are:

1. Properly construe the claim;
2. Identify the actual contribution;
3. Ask whether it falls solely within the excluded subject matter;
4. Check whether the contribution is actually technical in nature.

A similar view was also expressed in Symbian where the Court held that the steps 3 and 4 may in fact be conflated and that the determination of excluded subject matter as required by step 3 inherently required the technical assessment of the contribution as required by step 4. It thus appears that both the UK and Europe may in fact eventually move away from a “technical” assessment of the software invention as an independent factor in determining patentability.