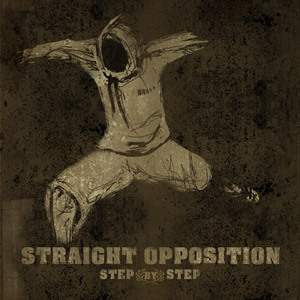 Last week, CH Unnikrishnan of the Mint reported on a study that I had conducted with my research associate, Souvik Guha. Let me highlight some of the findings of this study prior to moving on to Unni’s report.
After reviewing a slew of information from the Indian patent office website, we found as follows:
i) The total number of pharmaceutical applications filed between 2005 and 2008 were around 9719.

ii) The number of pharmaceutical patents granted during the above time frame was around 2734.

iv) Out of the 34 challenges, one was a post grant oppn (in favour of Roche covering Pegasus) and the remaining 33 were pre-grant challenges.

However, barring a Madras High Court decision in the controversial Novartis case which attempted to interpret section 3(d) in the context of a constitutional challenge, there has been no case that interprets the scope and ambit of section 3(d). The Supreme Court of India lost a fabulous opportunity to do so in Roche vs Cipla; and it is now hoped that we’ll have some clear standards emerging from the Supreme Court in the Novartis “Glivec” matter (the Business Standard reports that notices have been issued to the Indian government and other parties in this case).

It is not immediately clear as to what accounts for the rather paltry number of oppositions filed…a mere .3% of the total number of pharma applications were opposed! Particularly since India has a vibrant generic sector and a very active NGO community that opposes frivolous pharma patents.

Another reason could be that the generic industry and public health groups are still coming to grips with this powerful mechanism and are taking some time to leverage it. Some may also falsely expect the patent office itself to do its job well. They have to understand that patent offices are fallible and make mistakes, even in countries like the US and EU, where the offices are better staffed than India. Therefore, they must come forward and leverage the opposition mechanism to help the Indian patent office make the right decision, granting patents to only meritorious inventions.

Is the Opposition Mechanism Being Gamed?

There are also allegations that the opposition process is being gamed and unduly delayed, with multiple challenges to the same patent application by the same entity, albeit under different names. Paradoxical perhaps that although the total number of applications that are attacked are fairly few, the ones that are attacked involve multiple opponents! The government ought to also investigate this “gaming” allegation in a bid to better the opposition mechanism.

This study is still in draft form and we will publish the final version soon. Prior to reproducing Unni’s report below, I want to clarify that the term (“other oppositions”) used by him actually refers to a decision made by the patent office after hearing the patent applicant (under sections 14 and 15). It is therefore not really an “opposition” but a normal prosecution by the patent office, where they opt to hear the party to satisfy themselves on the merits of the patent application.

“Three patent provisions that have come under flak from foreign companies and governments for not being compliant with global intellecutual property regimes have actually helped India weed out frivolous patents since 2005, when the country moved to a new patent regime.

This is the finding of a study conducted by the intellectual property rights (IPR) law department of National University of Juridical Sciences (NUJS) at Kolkata.

The study shows that these three provisions were the basis of rejecting seven out of 10 patents rejected in the area of drugs, and 15 out of 20 rejected in other areas.

However, the study also shows that very few patent applications are being challenged at all under these provisions, an indication of the reluctance of Indian companies to take on Big Pharma, which is behind most of the applications.

The three provisions relate to pre-grant opposition, post- grant opposition, and section 3(d) that prevents the issue of a patent for any known substance or concept unless the basis of the new patent claim makes the product’s efficacy substantially higher.

All three have been criticized by foreign companies and governments since 2005 for allegedly being non-compliant with the Trade Related Intellectual Property Rights dispensation of the World Trade Organization.

The study, however, shows that the three have been critical in filtering out frivolous patent claims.

In all, 58 patent applications were opposed between 2005 and 2008: 34 under the pre- and post-grant opposition provisions; and 24 under other options.

Interestingly, most of the 25 patent applications rejected under the pre- and post-grant opposition category were made by foreign drug makers, including Novartis AG, Pfizer Inc., Gilead Sciences Inc. and AstraZeneca SA, according to Mint’s own analysis of the rejections.

The analysis also showed that most of the oppositions were filed by Indian drug makers such as Cipla Ltd, Ranbaxy Laboratories Ltd, Sun Pharmaceutical Industries Ltd and Torrent Pharma Ltd.

Shamnad Basheer, who led the study, along with Shouvik Guha, a research associate at NUJS finds the statistics on patent opposition inadequate. “It is pitiable that despite such a large number of pharmaceutical applications filed, only around 34 were challenged, an abysmal 0.3%,” he said.

A representative of a lobby group for local firms said the numbers highlighted both the need for increased awareness among local companies and activist groups, as well the large number of possibly frivolous patents that were being filed.

“One can see only a few Indian companies coming forward to oppose such frivolous patents. The local industry and the NGOs (non-governmental organizations) should be made more aware of these provisions to use these tools very effectively,” said D.G. Shah, secretary general of the Indian Pharmaceutical Alliance.

“At the same time, it is very important to look at the rate of rejections, which is very high corresponding to the number of oppositions, and it shows there are alarming number of frivolous patents being claimed in the country,” he added.

Shah’s opposite number had a diametrically opposite point of view.

“It is too early to draw statistical trends from an implementation of a law where all the participants are on a steep learning curve,” RanjitShahani, president of Organisation of Pharmaceutical Producers of India, an industry association that represents foreign drug makers in the domestic market, wrote in an email.

Mint couldn’t immediately ascertain why few patent claims are opposed. Shah said it could be because of poor understanding of these provisions by local companies and patient groups.

“There is a need for increased awareness on these provisions, which are strong tools to block frivolous patents, though the small number of opposition cases also indicate that the department’s high level of scrutiny on frivolous claims lead to rejection of many such applications at the examination stage itself, even without a formal opposition,” he said.

Basheer, however, has a few other possible explanations. One, which he admits may be improbable, is that many of the patent claims are “strong”.

Another is that the patent office’s website, the source of data for the study, may not have uploaded data on other patents that were opposed.

“Going by the various errors that we spotted on the Indian patent office, this is more probable, though we find it unlikely that the numbers omitted by the patent office could be so significant as to increase the numbers substantially,” Basheer said.

Some of the patent claims that fell to pre-grant oppositions.