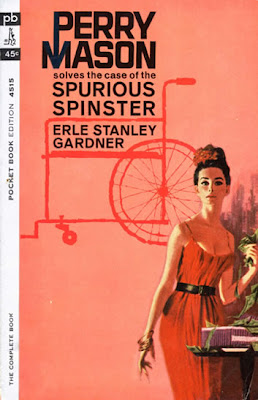 The Indian Express published an editorial of mine, where I argue that India needs to urgently amend the definition of “spurious” drugs and delink drug regulation from IP.
Saying No to the Wrong Drugs

The Drugs and Cosmetics Act (DCA) was recently amended to mandate significantly enhanced penalties for those trafficking in “spurious” drugs. While this attempt to counter the menace of harmful drugs is laudable, the term “spurious” itself is loosely worded and could be interpreted to include even legitimately authorised generics. Given recent attempts by multinational pharmaceutical companies to use the ruse of intellectual property enforcement to create additional trade barriers for Indian generic companies, the government needs to be extra vigilant. Particularly so, since such barriers are also likely to impact the availability of affordable medicines to ailing patient populations.

Section 17 (b) (b) of the Drug and Cosmetics Act defines spurious drugs thus: “a drug shall be deemed to be spurious if it is an intimation of, or is a substitute for, another drug or resembles another drug in a manner likely to deceive or bear upon it or upon its label or container the name of another drug unless it is plainly and conspicuously marked so as to reveal its true character and its lack of identity with such other drug.”

Based on the above definition, Bayer, a German multinational patentee, dragged Cipla and the Drug Controller General of India (DCGI) to court, arguing that Cipla’s generic version of Bayer’s patented anti-cancer drug was likely to qualify as “spurious” and therefore ought not be granted drug regulatory approval.

Bayer’s preposterous legal attack drew some sustenance from section 17B of the DCA which begins by stating that “a drug shall be deemed to be spurious if it is an intimation of, or is a substitute for, another drug”. Most generics are indeed imitations or substitutes of the original drug! But imitation by itself is not a problem, unless the law states so. And given India’s unique tryst with a patent regime that actively encouraged such copying from the 1970’s and led to the growth of a world-class generic industry that now provides affordable access to a large part of the world, the government, far from enjoining such imitation, must actively promote it.

Justice Ravindra Bhat of the Delhi High Court rightly noted that under Bayer’s reading of section 17B, all generics would qualify as “spurious” and could never merit drug regulatory approval! Clearly this could not have been the intention of our law makers. The judge however found a way out and held that since Cipla’s drug would be branded and packaged differently, it was “likely to be conspicuously marked so as to reveal its true character and its lack of identity with” Bayer’s original .

While this judicial pronouncement may have been helpful in this one case where Bayer’s attempt at delaying Cipla’s generic entry was effectively thwarted, one is not sure if the same result will prevail in other cases, where a generic manufacturer uses a name that is similar to the one adopted by the originator company. Consider Cipla’s drug “Valcept”, which is a generic version of Roche’s patented anti-infective “Valcyte”. Would Valcept qualify as “spurious”, since a consumer confuses the two names and assumes that Valcept also comes from Roche? It goes without stating that even despite the confusion, the consumer is not necessarily harmed in a physical sense, since both the drugs work in the same way. And yet our newly amended Drugs and Cosmetics Act (DCA) can potentially brand Valcept a “spurious” drug, with heavy criminal penalty.

This stems from a problematic linkage created between what is essentially an intellectual property enforcement issue with the drug regulatory regime. Since these regimes are distinct in aim and scope, they ought to be kept separate and the twain should never be made to meet.

Consumer confusion is a widely accepted rationale underlying most trademark regimes today. The Indian IP regime is no different, with the Indian Trademarks Act providing for robust protection in favour of a brand owner, who may protect his/her brand by requesting a court of law to restrain a competitor who uses a similar sounding name for their drug. However, a drug regulatory authority tasked with the mandate to ensure that all drugs being introduced into the market are safe and effective, cannot be expected to police trademark issues in the same sense that a court of law does. For one, it does not have the institutional competence to do so. Secondly, the key task of a drug regulator is only to assess whether or not a drug is safe and effective, a task that will no doubt require considerable time and resources. The fact that a drug from a generic manufacturer violates the IPR of an innovative drug company does not necessarily mean that it will be of bad quality. And such a determination ought not to be the job of the drug regulator.

The last few years have witnessed a proliferation of international efforts that create additional trade barriers for Indian generics. The seizure of drug consignments in transit from India to South America at various European ports on the pretext of patent infringement is a glaring example. The Indian government has been fighting these underhand efforts, and recently it thwarted an attempt by a WHO-led anti-counterfeiting task force (IMPACT) to expand the meaning of “counterfeit” to even catch legitimate generics. Unfortunately, India’s very own definition of spurious drugs remains problematic.

The government must therefore immediately amend the Drugs and Cosmetics Act to ensure that the term “spurious” is stripped of its problematic “IP” linkage. In other words, the term must be defined only with reference to “substandard” drugs, for that is what the drug regulator is empowered to examine. Once a satisfactory definition emerges, the Indian government should fight for its international adoption to ensure that legitimate generics are spared at the borders.

This is a solution that will not only enable our grown generic companies to retain their competitiveness, but also prove a sweet pill for many patients who depend on affordable generic medications.