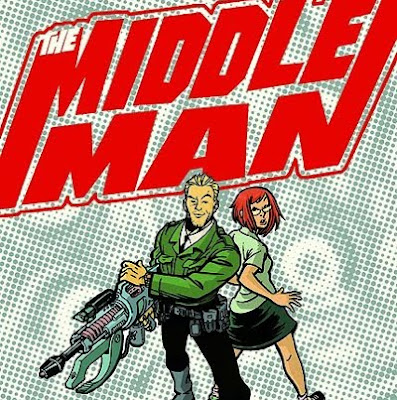 An earlier guest post opined that the recently amended Information Technology (IT) Act absolves internet service provider (ISP’s) and other intermediaries from IP infringement liability, provided they satisfy certain pre-requisites. Kaushik Krishnan, one of the brightest law students I have ever encountered thinks our guest got it wrong in one cardinal respect. I think Kaushik is spot on…but will wait to hear your thoughts on this.
The guest post states in pertinent part that:

Section 81 of the IT Act

Unfortunately, the statement above overlooks the existence of a newly added proviso to section 81. Section 81 now reads as:

“The provisions of this Act [IT Act] shall have effect notwithstanding anything inconsistent therewith contained in any other law for the time being in force. Provided that nothing contained in this Act shall restrict any person from exercising any rights conferred under the Copyright Act, 1957 or the Patents Act, 1970.”

Interestingly the proviso to section 81 of the IT Act only mentions “copyright” and “patent” liability. It does not include liability for other kinds of IP infringement such as trademarks, geographical indications, plant varieties etc. Therefore, in so far as these infringements are concerned, an intermediary can claim an exemption under section 79. Why this difference? Did this have anything to do with lobbying by special interests? Or was this a genuine mistake?

Rumour mills have it that the push to amend the IT Act came in the wake of the infamous Baazee case, when a “one name” Prabhakaran got after an unsuspecting Avnish Bajaj. Matters took a political turn when Condy Rice intervened. Given this political baggage, I’m surprised that eBay, Google and other intermediaries did not lobby hard enough to absolve IPR infringement as a whole.

Perhaps this error slipped in at the stage of the Joint Parliamentary Committee (JPC) which was tasked with reviewing the bill. Kaushik points out that this proviso is similarly worded to the one found in India’s competition Act and surmises that this might be yet another instance of a blind legal transplant. However, the Competition Act (section 3(5))makes an exception for all kinds of intellectual property (barring Plant Variety Protection) and not just for patents and copyrights.

It is pertinent to note that section 79 is liberally worded and will even exempt any ISP or intermediary from liability, provided such intermediary:

Most online intermediaries and ISP’s (such as Rediff, eBay, Google, Youtube etc) ought to qualify under the liberal exemption above. Unfortunately, its a pity that they cannot do so, when it comes to copyright and patent infringements.

Given that the current copyright amendment bill is underway, the ISP and intermediary lobbies ought to insist that “intermediary” exemption under the IT act extend to copyright infringements as well. Particularly when such exemptions are likely to favour public interest and the enormous number of users who avail of such intermediary services. Unfortunately, like most other IP initiatives, the copyright bill is also shrouded in considerable secrecy and none of us will know what the actual provisions look like until the bill is introduced in Parliament (scheduled for this Winter session).

The government insists that it made the bill public in 2006 and called for comments. While this is no doubt true, it is only partly so. Since the 2006 draft was put up, the government has made a number of changes, including the addition of altogether new provisions, such as an equitable remuneration in favour of artists. Little wonder then that lobby groups such as the Indian Broadcasting Federation are up in the arms decrying the secrecy and lack of consultation. Clearly there is, and will continue to be, a lot of politicking around the present Bill. Whether it will finally pass and if so, the form in which it will do so remains to be seen.

Perhaps we ought to kick-start a new form of wagering involving laws and policies: Is the current copyright bill likely to pass? Will it pass this winter session or be referred to a Joint Parliamentary Committee? And finally, what provisions are likely to make it? Any bets?