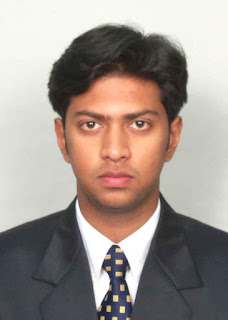 SpicyIP is proud to bring you a guest post, by Ankit Prakash, on the proposed amendments to the Trademarks Act – a topic that should have been covered ages ago.
Ankit is currently a Senior Associate with Anand and Anand where he specialises in trademark prosecutions, oppositions, assignments, licences and agreements. He is widely considered to be one the rising stars on the trademark prosecution scene in India and I’m extremely thankful to him for contributing this insightful guest post.
The Trademarks (Amendment) Bill 2009: Implementing the Madrid Protocol
The Trademarks (Amendment) Bill 2009, which was first tabled in Parliament in the year 2007 and re-introduced in the year 2009, is significant step towards alignment of the Indian intellectual property regime with existing global norms.

Further, the bill prescribes a period of 18 months for the grant of an application to register a trademark, in line with the provisions of the Madrid Protocol.

Before the Madrid Protocol is adopted in earnest in India, few practical issues will have to be first clarified. Firstly, every country will have independent standards for prosecution of trademark applications and indeed some countries may have much stringent procedures for securing and/or maintaining trademark registrations. Also, the basic principles of trademark law may differ from country to country as, for instance, an invented mark or a unique mark in India may be deemed as a generic or even obscene mark in some other country. Therefore, there is a need to perhaps introduce a common appraisal system with identified minimum thresholds for assessments.

Secondly, the Bill does not differentiate between trademarks and Certification Trademarks or Collective Trademarks and does not lay down any procedures for their treatment. This will have to be clarified sooner rather than later if the Madrid Protocol has to be successfully implemented in India.

Most significantly, the implementation of the Madrid Protocol will lead to a very tricky conflict with Section 24 of the Advocates Act, 1961 which stipulates that a national of any other country may be admitted as an advocate, if citizens of India, duly qualified, are permitted to practise law in that other country.

Now the anomaly that arises is that the Trademark Rules, 2002, contains a provision that every applicant should have an address for service in India. If a foreign attorney files an application in India without an address for service in India then the Trademark Registry will not be able to correspond with such applicant/attorney as the Rules to do not contain any provisions to this effect.

Assuming that this technical aberration is sorted out and the rules are duly amended, another problem then arises. Once the trademark application is prosecuted and the Applicant’s attorney files a response to the examination report, then such advice may be deemed as being contrary to the provisions of Section 24 of the Advocates Act, 1961. to circumvent this inconsistency, foreign attorneys may end up seeking assistance from local attorneys which would again take us to a pre-Madrid Protocol scenario.

The Trademark Registries across India are working at breakneck speed to upgrade their infrastructure to enable a seamless transition after the Bill comes into force and the Madrid Protocol becomes a reality in India.