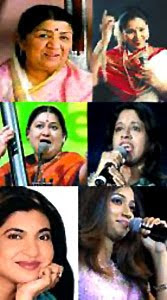 Lyricists, composers and singers are beginning the year with a bang owing to the proposed amendments to the Copyright Act. The Copyright Amendment Bill recently received Cabinet approval (detailed posts can be found here and here). Information and Broadcasting Minister Ambika Soni has stated that the amendments will give independent rights to authors of literary and musical works in cinematograph films. The Bill will be tabled before the Parliament in the Budget Session in February.
As reported here in the Indian Express, a delegation of artistes assembled in New Delhi to lend their support. The group included the Javed Akhtar, sitar maestro Pandit Ravi Shankar and singers Shankar Mahadevan and Shubha Mudgal. Javed Akhtar pointed out that the amendments will prevent exploitation of lyricists, composers and singers by producers and music companies. Shankar Mahadevan added that all the rights are more than often signed over to music companies. The music companies and producers possessed with the ‘moral rights, title and interest’ market them as mobile downloads, ringtones and for use in commercials. Shankar Mahadevan also pointed out that musicians and composers are the worst affected as sales of music CDs and cassettes are minimal owing to other modes of distribution.